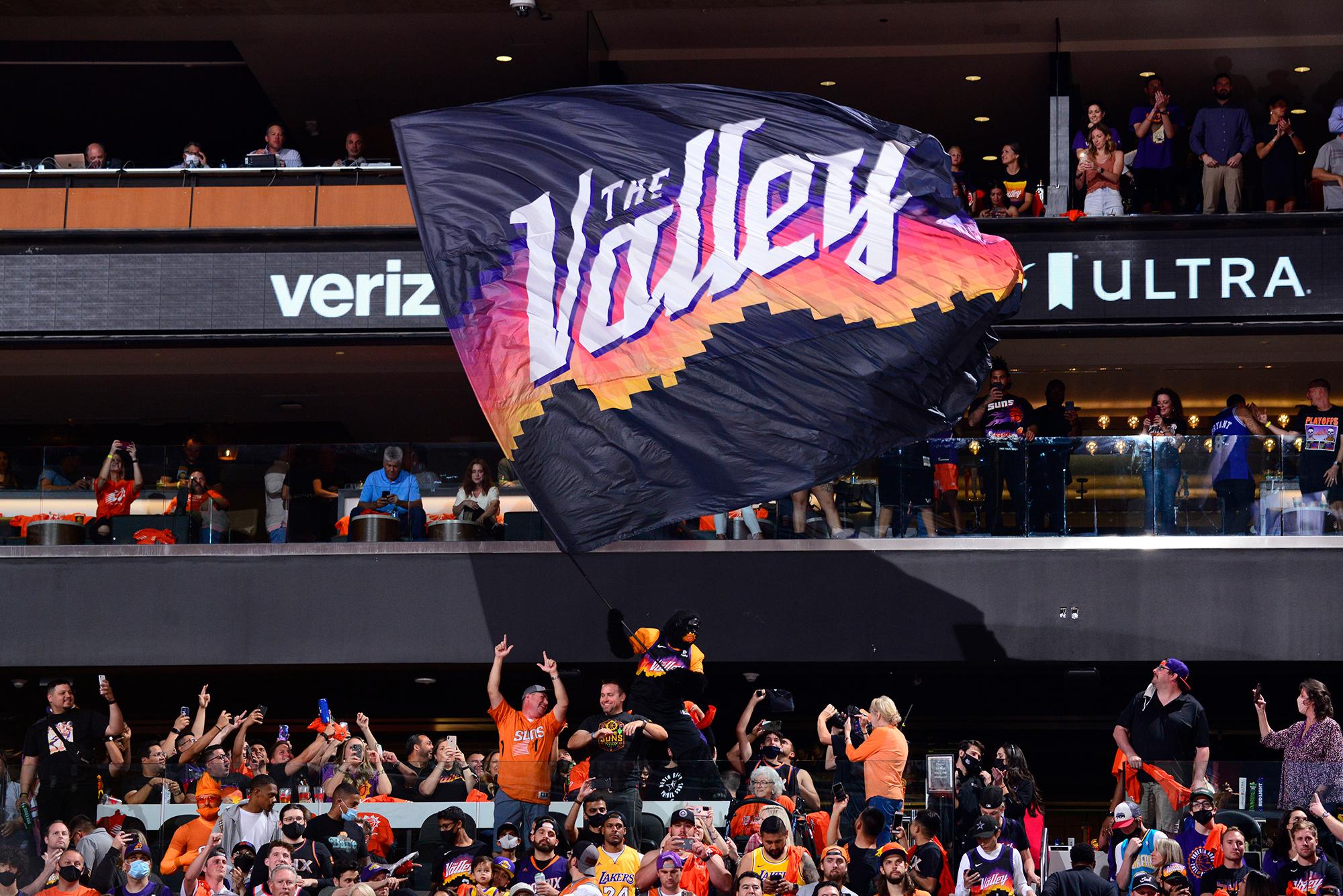 Barry Gossage/NBAE via Getty Images
The Gorilla pumps up the crowd at Phoenix Suns Arena during Game 5 against the Los Angeles Lakers on June 1, 2021.

After splitting the first six games of their playoff series, the Phoenix Suns and Dallas Mavericks are heading back to Phoenix for a winner-take-all Game 7 on Sunday evening.

The Suns won the most road games in the NBA this season, but after struggling in all three games in Dallas, forward Jae Crowder says the team is looking forward to playing such an important game at home.

“Our Suns basketball, the way we want to play, has not traveled this series the way we want it to. And I think the work that we put in all year, that’s put us in position to play a game seven in front of our home crowd,” said Crowder.

Phoenix turned the ball over 22 times in Game 6, nine times more than the team’s current playoff average. Head Coach Monty Williams says the Suns are “not a turnover team,” and that Phoenix is making adjustments after the 113-86 blowout loss.

Suns superstar Devin Booker called Game 7 “the two best words in sports,” and says he is excited to participate in his first career winner-take-all matchup.