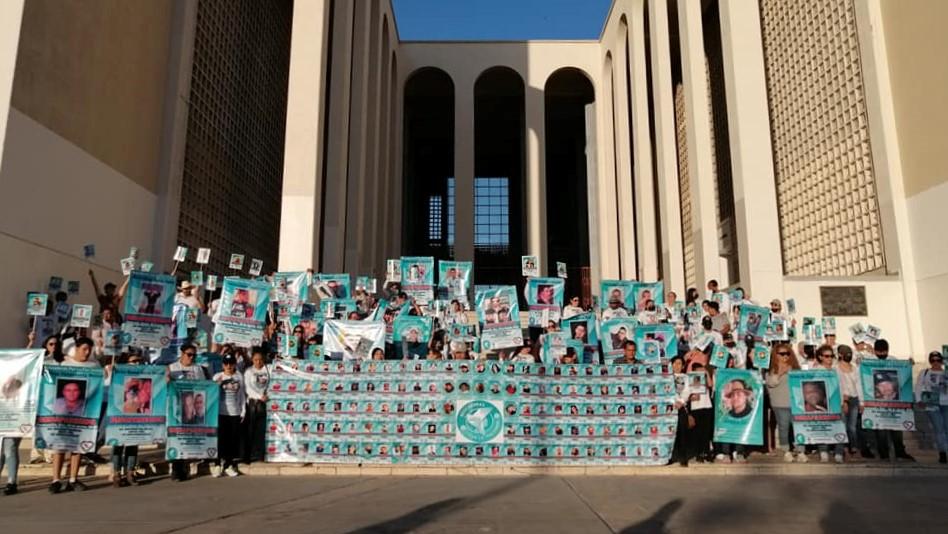 Tuesday was Mother’s Day in Mexico. But many mothers in the country say it’s no longer a day to celebrate with so many of their sons, daughters and other family members missing.

There are nearly 100,000 people registered as missing in Mexico, with thousands more reported every year. That makes Mother’s Day painful for many, said Cecilia Delgado, founder of the Sonoran searching group Buscadoras por La Paz, which led protests in the Sonoran capital Hermosillo Tuesday.

"There is nothing left to celebrate," Delgado said of the holiday.

So instead, many mothers and other family members of missing people used the day to protest, demanding that government leaders take action on the crisis of disappearances, which the United Nations has said is fueled by almost total impunity.

The march is also a way to seek solidarity with others who understand their loss, as well as those who have so far been spared.

"I hope that everyone will join our fight. Today it's for us, and we hope that tomorrow it won't be for them. We really hope it won't be," she said.

For too long, Delgado said, people have assumed that those who go missing are somehow involved in crime or have done something wrong, a stereotype that has been proven wrong time and time again. She said fighting to end disappearances should be a priority for everyone, because in Mexico, anyone could be the next missing person.