After 17 years, the Downtown Phoenix Farmers Market is moving 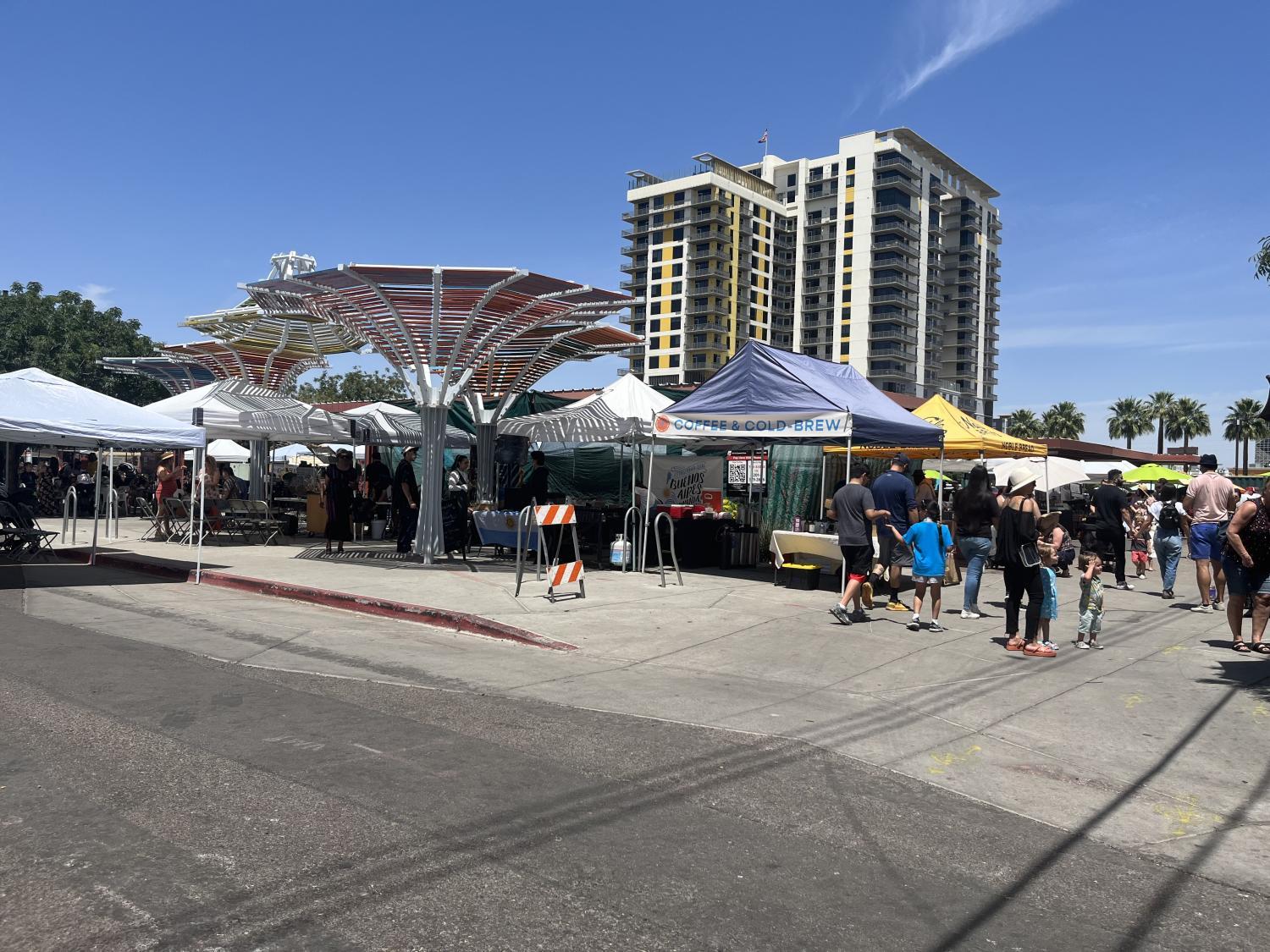 Live music; fresh, local food; creative artisans — for the past 17 years, the Downtown Phoenix Farmers Market has been a staple in the area.

Every Saturday, artists, farmers, bakers and other local businesses set up on Central Avenue and McKinley Street, a block from Arizona State University's downtown campus.

But April 30 was the last Saturday morning visitors would find this place bustling with shoppers and people walking their dogs, sipping iced coffees and picking out the best just-picked local produce from the stands.

The Downtown Phoenix Farmers Market is moving, and the land it sits on is being sold.

For seven years, the red-brick building that anchors the farmers market has housed the Phoenix Public Market Café. But that closed in 2020 amid the pandemic. Now, the new owner plans to build a high-rise apartment building on the land.

The farmers market didn't miss a beat; the organizers found a new location for it just a few blocks away — Fifth and McKinley streets, in the middle of what's been dubbed the "Phoenix Bioscience Core."

To many, the move marks the end of an era, as downtown Phoenix has really grown up around this market.

Tanya Chakravarty is executive director of the farmers market.

The Show spoke with her to learn more about how the market sprung up, and what its future holds.