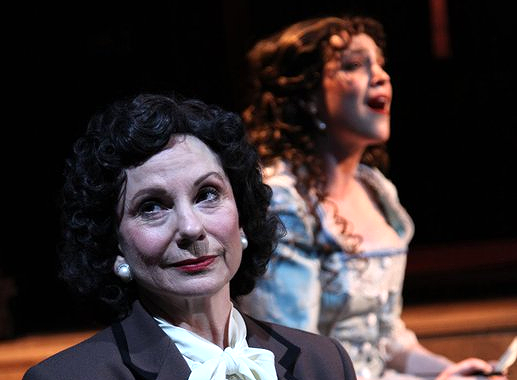 “This is the story of a woman named Josephine Marcus, who was a very well-to-do Jewish girl from San Francisco, actually by way of Brooklyn — her family moved to San Francisco when she was 9years old. And she was an unusual young woman because she didn’t want really anything to do with her family and the background that she was being forced into,” said Sheilah Rae.

Rae is a librettist, lyricist and co-writer of “The Belle of Tombstone.”

Rae wrote the story for the production with the playwright Thomas Edward West. It’s about Josie Marcus, who Rae describes as a square peg in a round hole — not fitting in anywhere.

Marcus ran away from home when she was 18 and joined a traveling stagecoach tour of the hottest show of the time: “H.M.S. Pinafore.” And that’s how she got to Arizona.

The Show spoke with Rae to learn more about the program and Marcus.