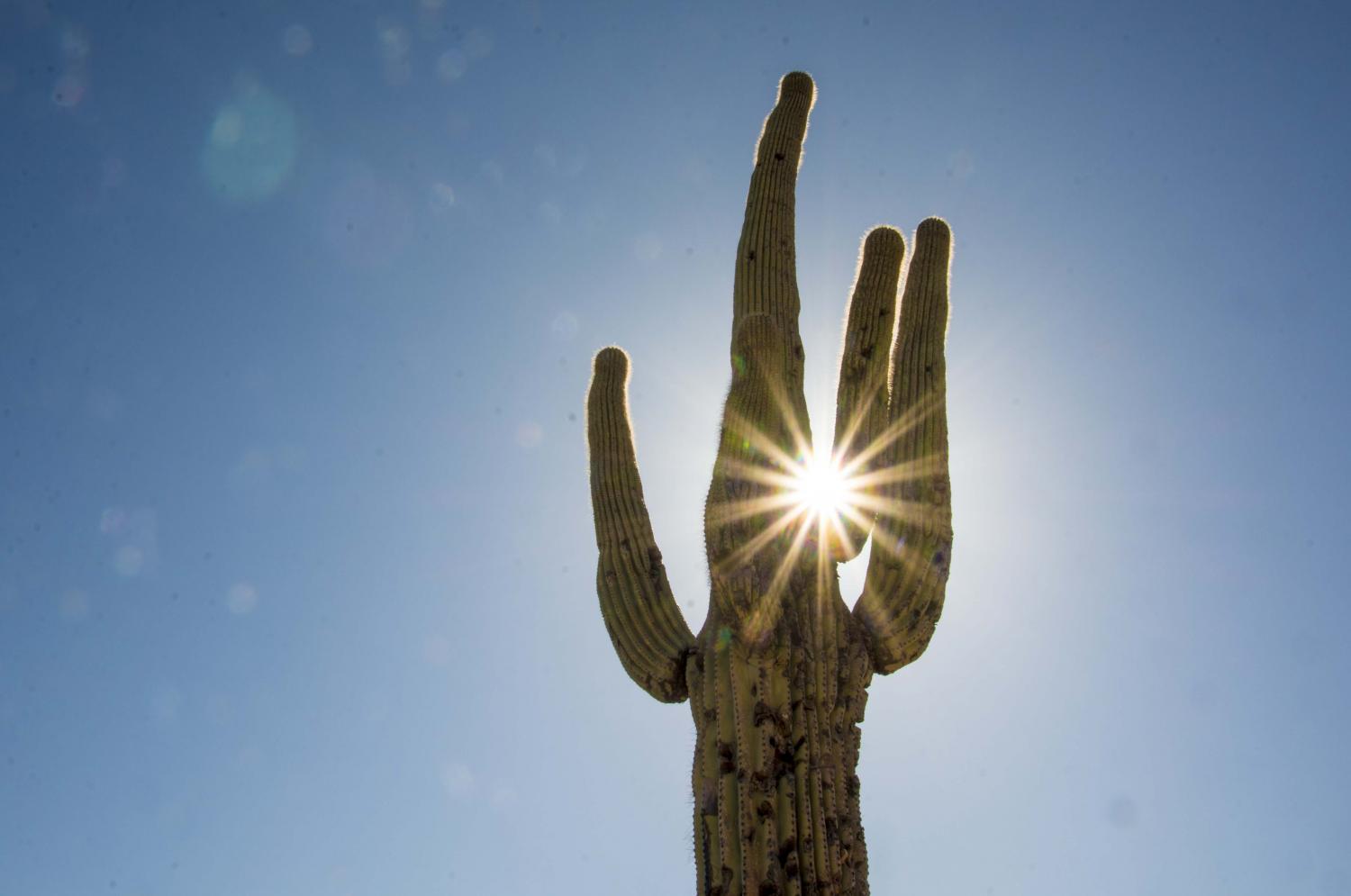 Katherine Davis-Young/KJZZ
The sun shines behind a saguaro cactus in Phoenix.

Cacti seem hardy enough, but more than 31% of species are threatened with extinction, according to the Global Cactus Assessment, a project of the International Union for Conservation of Nature. What’s more, scientists don’t know whether climate change will improve or worsen their prospects.

A new study in the journal Nature Plants paints a troubling picture.

"A common conception about cacti is that they are purely desert plants. And so, one might think that they would do fantastic under warmer and drier conditions. But in the research that we have been working on for the past few years, we found that is not the case," said lead author Michiel Pillet, a doctoral student in ecology and evolutionary biology at University of Arizona.

Cacti sport features that make them well-suited to heat and drought, but many live in moderately wet and cool ecosystems as well.

"Cacti range all the way from southern Canada to the southern tip of South America. And so, they occur in a wide variety of environments, with some species even occurring in the rainforest," said Pillet.

When researchers ran more than 400 cactus species through the simulated effects of three common carbon emission scenarios, they found, conservatively, 60-90% of species would be harmed by climate change and/or human activities by mid- to late century.

The findings also suggested about a quarter of species would experience environmental conditions beyond what currently occur in their respective niches. Those conditions will reach across 25% of their current distributions.

Pillet says even a small change to a plant’s adapted environment can have a big effect.

“But we did not quite expect the results to be as pessimistic, as drastic, as we found,” he said.

The findings, which Pillet says benefit from recent advances in data availability and computing, suggest the degree of climate change might matter less than the change itself.

"We found that how intense temperature changes will be did not affect the results very much. So even very minor changes in temperature are predicted to negatively impact cacti," he said.

The new information also raises the relative importance of climate change as a threat to cacti worldwide.

"We thought that habitat destruction and poaching of wild plants, which are tremendous issues for cacti, were the main factors affecting cacti. But now we are also finding that climate change is affecting them negatively," said Pillet.

Pillet added that further data and analysis are needed for experts to understand how factors like more frequent fires or more extreme drought events under climate change will affect cacti.

"Our results are already very conservative. The reality is likely to be worse than what we found," he said.