Study: How Colombia can balance conservation and development 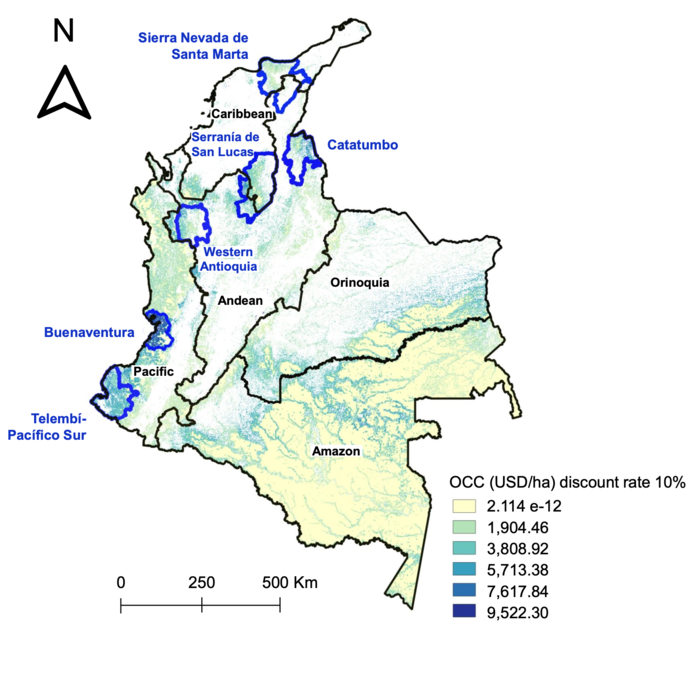 Camila Guerrero-Pineda.
The opportunity cost of conservation to agriculture as an approximation of the expected cost of compensating a landowner for avoiding conversion of property. Colombia would have to invest $37-39 million USD annually in the best and worst-case scenarios.

"The fear is that, after these peace agreements, the forest is open to economic development — including cattle ranching, agriculture, mining, logging — and that can increase the already high deforestation level in Colombia. That can endanger the biodiversity within those forests," said lead author Camila Guerrero, a doctoral student in Arizona State University 's Biology and Society Program.

Guerrero, who is from Colombia, had just begun as a master's student when the peace accords were ratified.

"The worries about the impacts on biodiversity and the environment were very prominent in the news. So, yeah, that's why I got interested in the topic," she said.

The Nature Sustainability study found the resulting development would reduce biodiversity by up to 52% by 2033 unless Colombia doubled its conservation spending.

To help guide those decisions, the authors used computer models to find areas where biodiversity threats were high but conservation costs were low.

"The model that Camila developed allows us to select areas on a map and say, 'What would we get for conserving this area, compared to a neighboring area?' And, further, it allows us to incorporate the cost of those different selection decisions," said senior author Leah Gerber, director of the Center for Biodiversity Outcomes at ASU.

"Rather, we're providing a methodology that can be used to more efficiently achieve biodiversity conservation objectives," she said.

She added that the approach can be scaled up globally and expanded to sectors other than agriculture.

"I'm most excited about this paper because I think it really represents a proof-of-concept of our agenda and our capacity to address these global biodiversity challenges," she said. 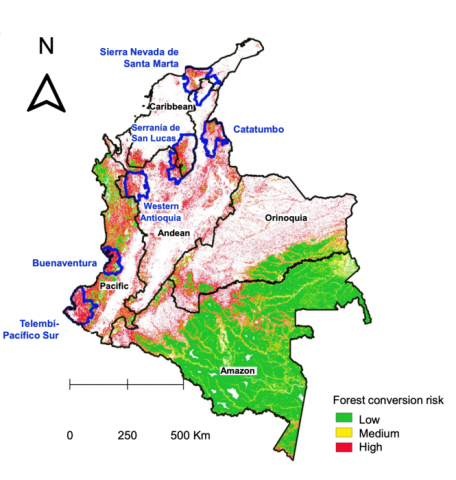 Camila Guerrero-Pineda.
Deforestation risk for Colombia, from low to high. FARC presence was the most influential variable determining the fate of a deforested area, putting the odds of coca crops (vs. cattle or other crops) 308.04% higher than areas without FARC.
Science Sustainability