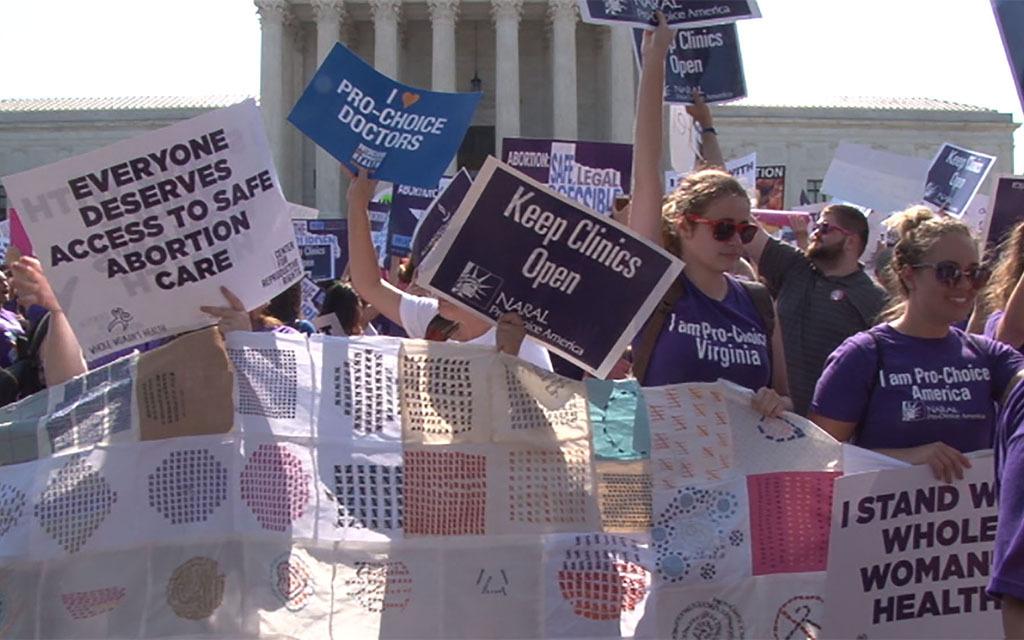 “Right now I have five or six patients on my schedule next week that if this law went into effect today, would not have abortion care," said Taylor, who owns Desert Star Family Planning, one of just a handful of abortion clinics in Arizona. "And by the end of next week I’ll probably have a couple more people on the schedule.”

About 13,000 abortions are performed in Arizona annually. In 2020, about 90% of those were performed in the first 13 weeks of pregnancy. But a ban after 15 weeks gestation would still impact hundreds of Arizonans each year.

“That’s how significant this is,” Taylor said.

The new law, which would make it a felony for doctors to perform abortions after 15 weeks with exceptions for certain medical emergencies, but not for cases of rape or incest, would make Arizona one of the most restrictive states in the country for abortion access. But many expect the state could set even further limits on abortion access in the year ahead.

Arizona's 15-week ban has not gone into effect yet. The law is set to begin on the state’s general effective date, 90 days after the legislative session ends, which typically falls in August or September. And as things stand right now, the law would actually be unenforceable, because the landmark Supreme Court cases Roe v. Wade and Planned Parenthood v. Casey give patients the right to terminate a pregnancy in the U.S. up until a fetus would be viable outside the womb — usually about 24 weeks gestation.

But that could change.

A number of Republican-led states have been pushing for stricter abortion limits and In 2018, Mississippi banned abortions after 15 weeks. The U.S. Supreme Court is now weighing the constitutionality of Mississippi’s law in the case Dobbs v. Jackson Women's Health Organization.

“They could ultimately uphold such a ban, which is why, it seems, Arizona enacted a very similar law to follow on the coattails of Mississippi,” said Kaiponanea Matsumura, associate professor of law at the Sandra Day O’Connor College of Law at ASU, who researches law as it relates to families and reproduction. 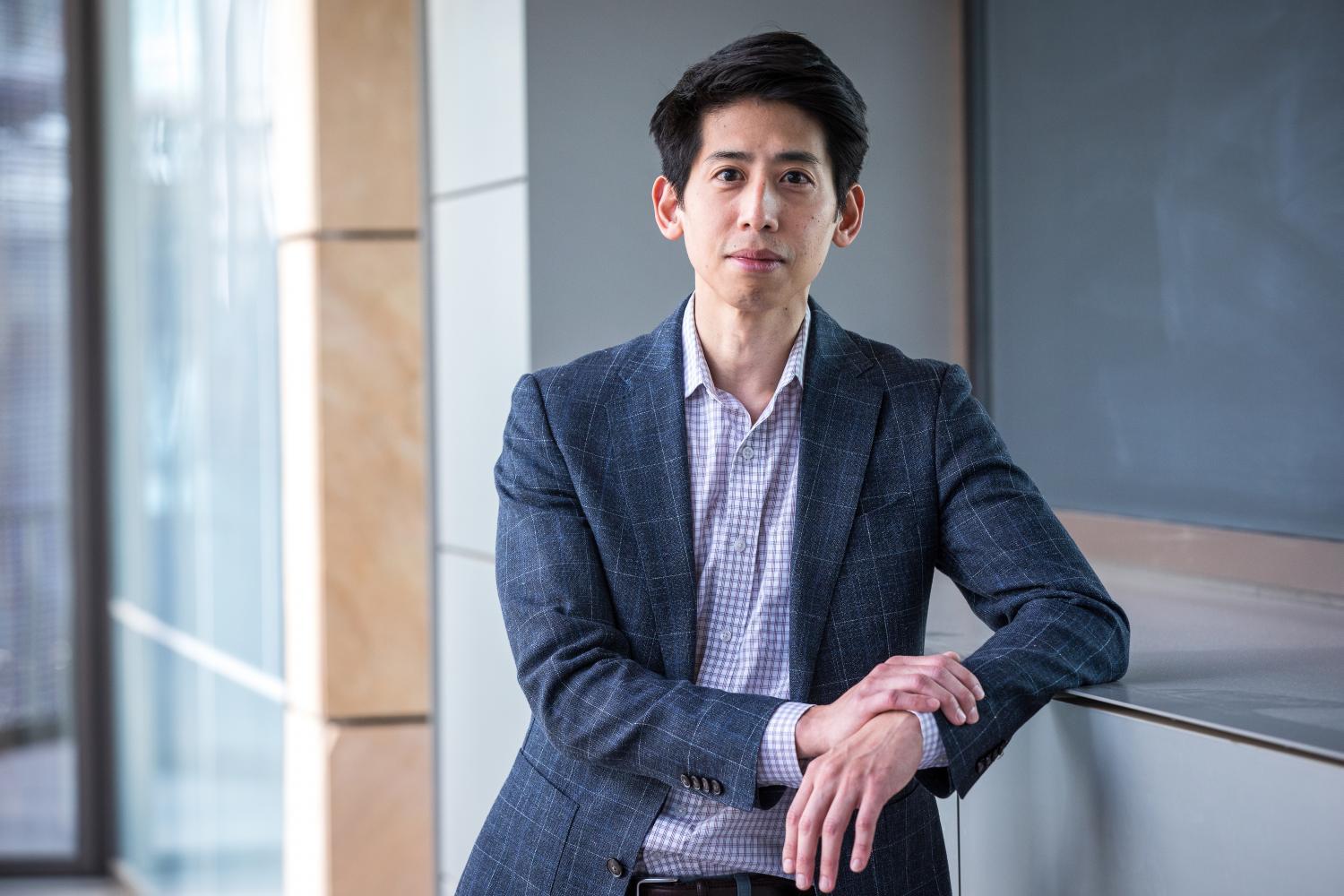 Matsumura said the six-to-three conservative majority on the Supreme Court is widely expected to uphold Mississippi’s law when they rule on the case this summer. That decision is expected in June.

So Arizona lawmakers put their law in place in anticipation of that decision. Lawmakers in Florida did the same thing.

But the Supreme Court could go further than just giving the green light for 15-week bans in these states. Matsumura said the bigger question is whether at least five justices will want to go so far as to fully overturn Roe v. Wade.

“Some people suspect that there are five votes,” Matsumura said.

If Roe v. Wade is overturned, Matsumura said each state would then be able to set its own rules on abortion. Many Democratic-led states have indicated they don’t want more restrictions.

“Women in those states would have the same access to abortion that they do now, but women in certain states wouldn’t,” Matsumura said.

Arizona is expected to be one of the states that moves to restrict abortions even earlier than 15 weeks should the Supreme Court overturn Roe v. Wade.

A law from 1901 — before Arizona was even a state — fully outlaws abortion. That law has never been repealed.

“That’s clearly unconstitutional under current Supreme Court precedent, but that law is there waiting to be enforced,” Matsumura said.

Imagining a future where abortions are illegal in Arizona but accessible in California and a few other states concerns abortion rights supporters like Murphy Bannerman with Planned Parenthood Advocates of Arizona. Bannerman said that would essentially mean the restrictions only apply to lower income women, while those with the means will have the option to travel for abortion services.

“It shouldn’t be based on your ZIP code or your income level as to whether you can get the health care services that you need,” Bannerman said. 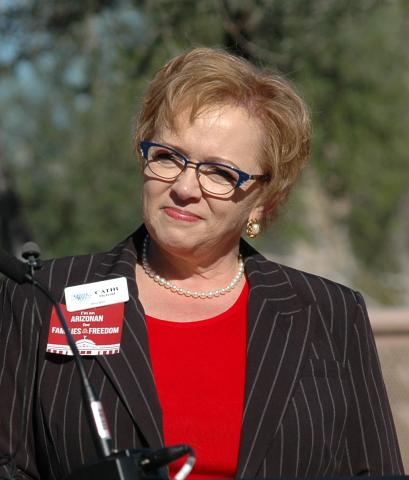 But a state-by-state system would be a victory for abortion opponents. Cathi Herrod is President of the Center for Arizona Policy, she’s spent decades pushing for restrictions on abortion in Arizona. She said she was pleased by the 15-week ban and now she hopes the Supreme Court will allow states to set their own abortion rules.

“My hope is that unborn children would be protected from the moment of conception in every state in the country,” Herrod said.

Both sides of the debate agree that this is hugely consequential moment for the future of abortion access in Arizona.

“In many ways, the efforts to build a culture of life will only be just beginning,” Herrod said, adding that her movement is stronger than ever.

But Bannerman said her side of the debate is prepared to push back against whatever restrictions may come.

“We will not give up on this fight,” Bannerman said.

Whatever happens, Matsumura said Arizona and other states are likely to pursue a lot more legislation related to sexuality and reproduction in the years to come.

“We’ll learn a lot more about the future of abortion rights in America and in Arizona in the coming months and it will have profound ramifications potentially beyond even abortions,” Matsumura said.

For now, he said, all eyes are on the Supreme Court.