Earlier this month, the James Beard Foundation announced the finalists in this year’s competition — whittling a list of 15 Arizona semifinalists down to just five, including just one nominee for Best Chef Southwest in our state: Giovanni Scorzo of Andreoli Italian Grocer in Scottsdale.

Scorzo is not your typical James Beard nominee. He’s not interested in flashy techniques or innovative approaches. He’s not even all that interested in what you think of his food. Instead, Scorzo is singularly focused on cooking authentic Italian food the way he’s been making it since he was a child in Italy.

His mother and aunts worked in restaurants in the Liguria region, and he told The Show when he was a kid, he would hunt for quail, prep them and then put them inside a potato to cook on coals while he played outside.

He began working in real restaurants at age 11 and was then trained in kitchens all over Italy. He came to Arizona in 1985 after meeting his wife, an Arizona State University student from Missouri, and ran several restaurants in the Valley before opening Andreoli in the early 2000s.

Here in the Valley, Scorzo was met with Americanized “Italian” food and diners who weren’t always ready for what he describes as the “real” way of making Italian food.

The Show spoke with him to learn about that experience and more. 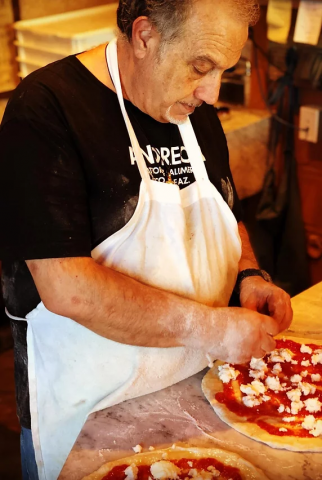