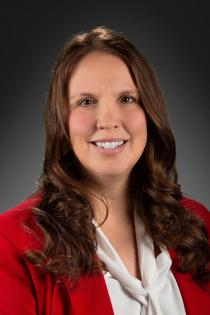 A last-minute proposal to overhaul Arizona’s K-12 school funding formula sailed through a House committee vote on Monday morning, even as school leaders were still trying to grasp the full impact of a measure that could reduce funding for dozens of school districts.

Republicans on the House Appropriations Committee approved Senate Bill 1269 on a party-line vote 8-5. That came over the objections of Democrats, the state’s teachers union and school business leaders and administrators — at least those from traditional public school districts, which most of the roughly 1.1 million students in Arizona attend.

But it would also end a variety of funding sources that benefit school districts, as well as make permanent an achievement-based funding program that predominantly helps school districts in higher-income areas, without similar boosts in funding for school districts with higher poverty rates.

A legislative budget analysis found that 121 traditional school districts, many in rural parts of the state, would lose annual funding once the plan is fully phased in.

“This is not perfect yet,” Udall said, though she described it as a long-planned effort to reduce inquiries in the state’s current school funding formula.

“By leveling the playing field on this, increasing the base rate to compensate for it, but making sure that all districts have a more similar amount per student, we help with some of those inequities,” she said.

Udall said she’s been discussing the bill with interested parties since October. But that was news to school leaders, Democrats, and even some Republicans who first learned of her proposal late last week.

And the process by which Udall introduced the plan allows for limited public input. House rules require new bills to be introduced by early February, though House rules also allow for strike-everything amendments that strip bare unrelated bills and attach brand-new policy — in this case, an overhaul of K-12 school funding three months into session.

By Monday, more than 300 people used the Legislature’s Request To Speak system to register their opposition to the bill. But Rep. Regina Cobb, chair of the Appropriations Committee, limited testimony to three speakers in favor of the strike-everything amendment and three speakers opposed. Each speaker was given two minutes to testify.

It was the only opportunity the public will have to speak before lawmakers about the plan.

Rep. Kelli Butler (D-Paradise Valley) repeatedly asked for at least one more speaker — a rural school superintendent — to be given a chance to speak but was met with threats of a censure by Cobb.

“I certainly don't see a lot of people in this audience who feel that they have been listened to or heard and certainly not today, when we can't even call up a rural superintendent to ask how this bill would in fact impact his district,” Butler said. “This process is so broken.”

One rural official who did testify, Pima Unified Superintendent Sean Rickert, said he’s in favor of the bill.

Rickert said Udall’s proposal will benefit smaller districts such as his own that can’t keep up with bonds and overrides to boost funding available to larger districts in higher-income parts of the state.

Other school districts were wary of those numbers. Scott Thompson, the assistant superintendent of Mesa Public Schools, said he’s run the numbers for the state’s largest school district and can’t match the estimated $4 million boost in funding — a 1% increase of the district’s current budget.

“What we think right now is, for Mesa, this would be almost a wash,” Thompson said.

And it does nothing to address shortages Mesa currently faces, like a transportation budget that exceeds funding.

“We’ll still spend more than we get under this reform, so we're really struggling to try to understand how to move forward,” he said.

Democratic Rep. Judy Schweibert warned lawmakers against rushing through a proposal that could do more harm than good.

“I am concerned that there is even greater inequity in this new funding formula,” she said. “I understand that was not the intent. But sometimes there are unintended consequences.”