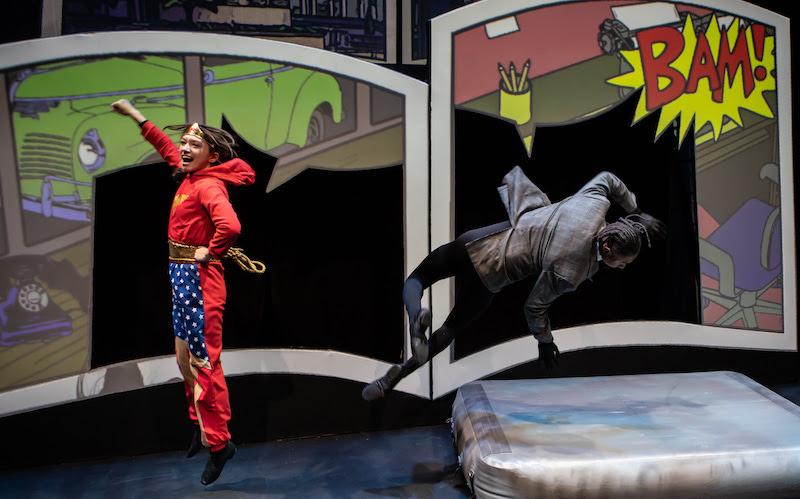 Theater Works
"The Superhero Ultraferno” features a team of nerds and over 50 characters as they race through the world of tights-wearing crimefighters.

The height of the pandemic was a time of fear and uncertainty for all of us, including most businesses and nonprofits. Could we rely on conventional wisdom, practices and techniques that had worked for us in the past?

That was at the core of the challenges facing Theater Works in Peoria. The company was mostly known for presenting classic plays and musicals and attracting a middle-aged and older audience. But when COVID-19 led to shows being canceled, Theater Works’ leaders decided they needed to try something different, which has led to its current “after dark” production, "The Superhero Ultraferno."

The Show spoke with Cate Hinkle of Theater Works to learn more, and started the conversation by asking how a traditional theatre group decided to become edgier.