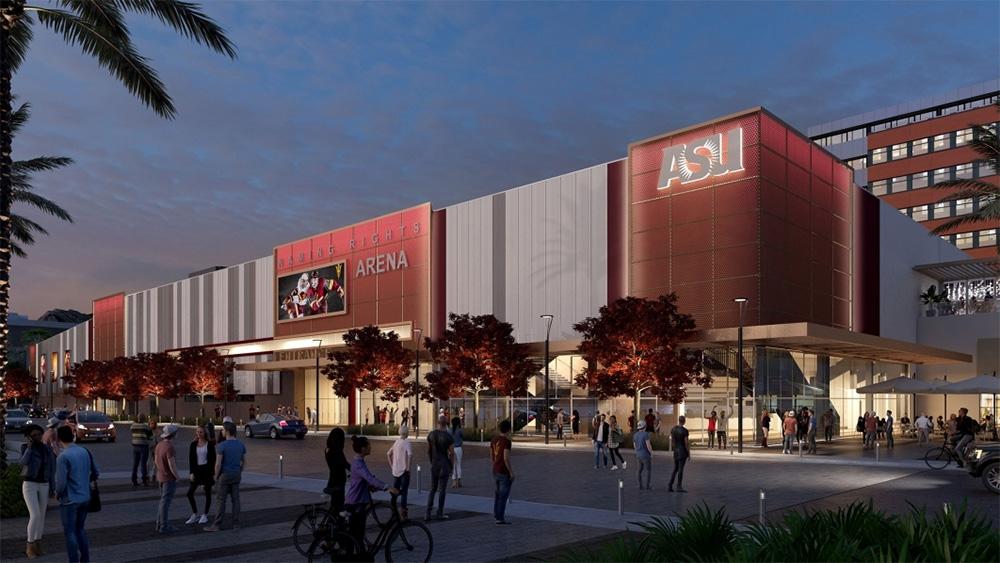 ASU, BLU54
Rendering of the ASU Multi-Purpose Arena in Tempe.

The Arizona Coyotes' search for a permanent home has entered a new phase, as the team will temporarily play in the still-under-construction, 5,000-seat multipurpose arena on Arizona State University’s Tempe campus.

The Coyotes organization hopes to play three seasons at ASU beginning this fall before moving into its proposed arena, as part of a new entertainment district. But that proposal would need approval from the Tempe City Council, which is expected to consider the project early next month.

The organization has been criticized by multiple National Hockey League players and partners — on the record and anonymously — for planning to play its home games in an arena that will hold only one-third the number of fans who typically attend an NHL game.

Katie Strang of the Athletic wrote about that reaction recently.

The Show spoke with her to learn her findings and began the conversation by asking whether the Coyotes' shaky ownership history is affecting how the current arena plan is being perceived.