Superstition Meadery: Made in Arizona 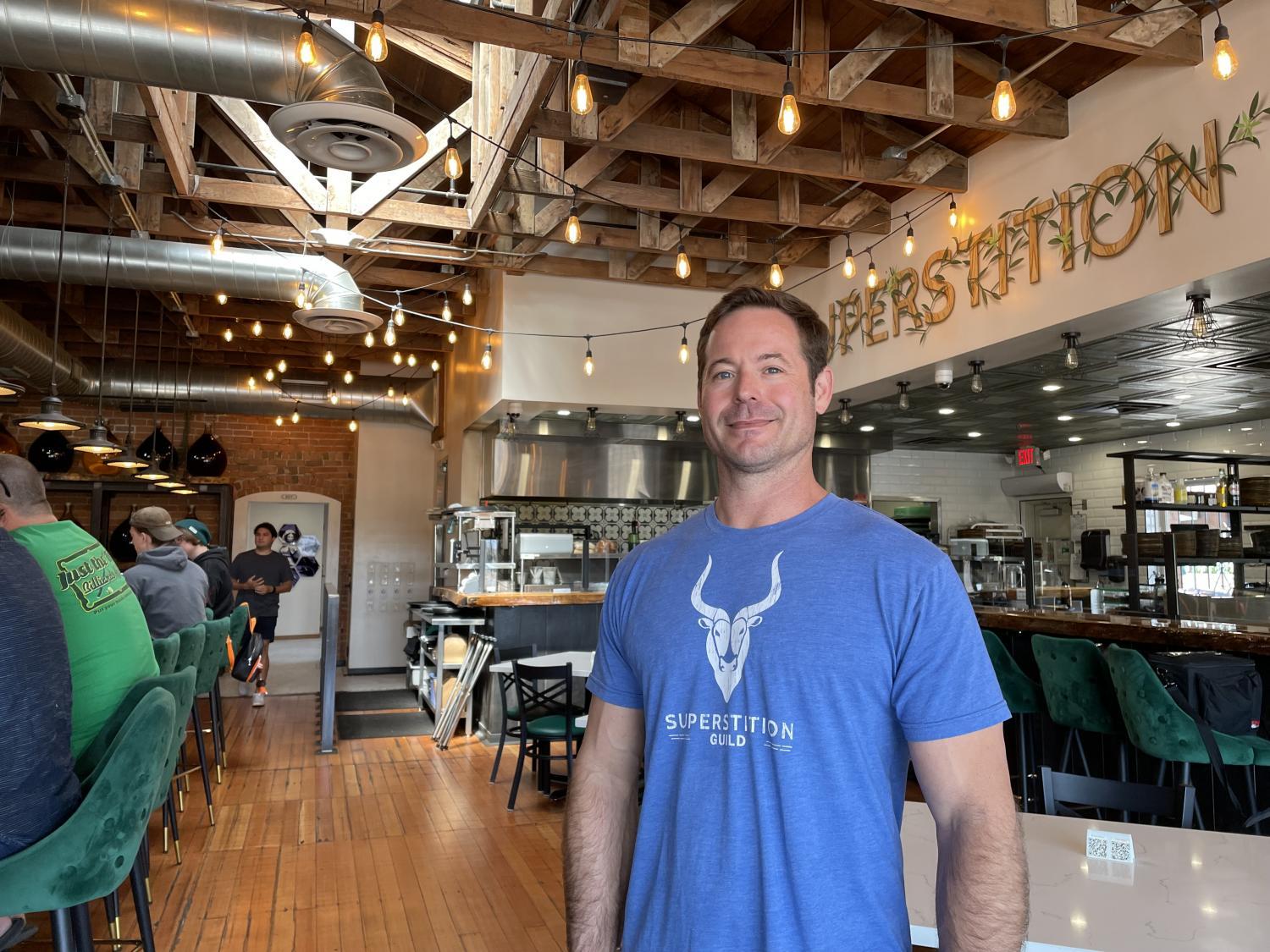 Jeff Herbert is the co-founder of Superstition Meadery in Prescott. He, along with his wife Jennifer, built the company from nothing into one of the highest-rated beverage producers in the country.

Herbert is a rare combination. He got his degree at Arizona State University in anthropology and then spent most of his career as a firefighter for the Phoenix Fire Department. Then, when he was still years from retirement — and his wife also had a full-time job — the pair dove head first into the world of mead.

And it’s paid off. In 2019, Herbert and his wife were named the Small Business Persons of the Year by the Small Business Administration. And Superstition Meadery is everywhere — you can find their mead in grocery stores around the country. And Herbert has no plans of slowing down.

The Show's Lauren Gilger met him at their new restaurant in downtown Phoenix. And the conversation kicked off with a tour beginning at the bar,  looking at a giant custom mirror featuring their logo, a Minoan bull.