COVID-19 restrictions are easing up. But some of the workplace changes are here to stay 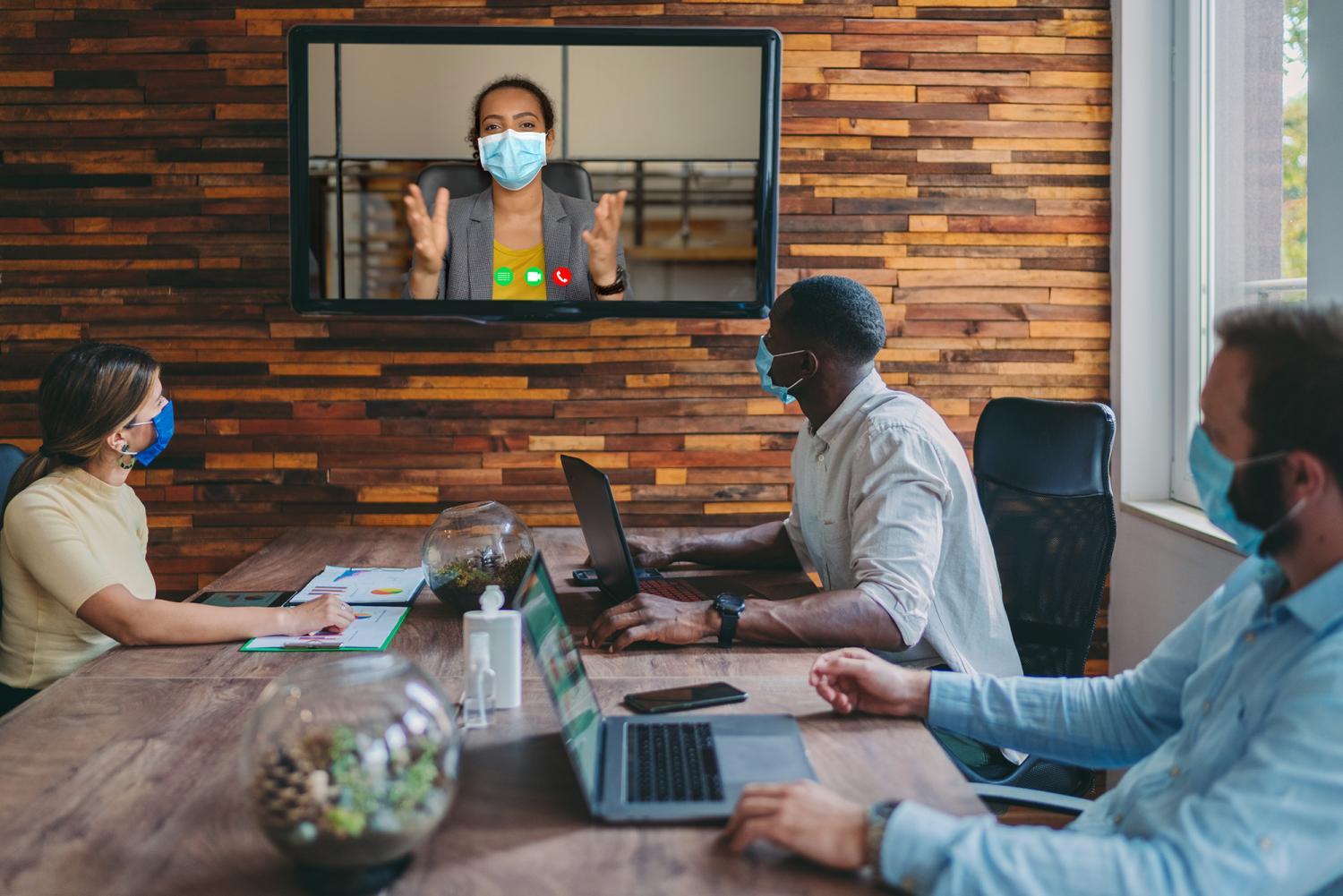 The number of COVID-19 infections and hospitalizations has been dropping recently, both in Arizona and across the country. And that has some employers and workers thinking about coming back to the office, or at least spending more time there. But they’ve also been here before, with plans to have employees back at their desks, only to have to scrap them as new variants emerged and cases surged.

Collier is the founder of Mackenzie Collier Interiors, which she describes as a socially-progressive, community-based interior design group in downtown Phoenix. She says her employees started working from home in March 2020. But it can be tough to do interior design without actually seeing the space you’re designing; colors can look different in photos than in person, measurements can be off.

“We were really kind of having to do a lot of back-and-forth with clients just to get the information to even start the project,” Collier said. “You know, just the context of the home; for example, sometimes we drive out to a project and it’s in a beautiful setting and that inspires the design, so we were kind of just divorced from all of that for over a year.”

Collier says many clients understood that her team couldn’t go into their homes, but that some did get upset, saying the designers were being overcautious. She says her team has been weighing in over the last couple of years about what they were comfortable doing. Last July, they voted to start going back into clients’ houses. She says for now, her employees take rapid COVID tests before they go and wear masks while they’re there. But there’s also the issue of vaccinations, which Collier says has led to some difficult conversations.

That’s something Lynda Zugec can understand. She’s a management consultant, and says the last couple of years have not been easy for companies — or their workers.

“Businesses have, understandably of course, become very tired and wary. And they thought that some sort of normalcy would return, and this has happened sort of again and again where we see, ‘Are we returning? Are we not returning?’ So they’ve had to rethink about how they’re going to move forward,” Zugec said.

Zugec breaks businesses down into essentially three categories: those whose workers can easily work from home; essential services, where workers need to be physically at work; and firms that can make things safer for their workers who have to be at the office, or use less staff and maybe incorporate automation.

“So for those that absolutely must come in, it really has been a rollercoaster ride throughout. And there have been differing expectations from customers, there’s been changing policies and the like. So these businesses have largely tried to adhere to public health guidance, and to uphold the safety requirements. But again, this has been a whirlwind for them, and it will continue to be so in the near term,” Zugec said.

Zugec believes going forward, workers will want more flexibility with their schedules. She thinks that’ll lead to an increase in popularity of a hybrid model where workers are in the office some of the time and somewhere else the rest. But for those companies that need their workers to quite literally be on the job, there are lots of questions: How can they keep workers happy and safe? How can they keep workers, period? And then there are the legal questions.

“There’s definitely a dislike for uncertainty in the legal world, and I said to my clients any number of times over the last two years that we were kind of all navigating this new territory together, both the virus and the legal landscape that was coming with it,” Jill Chasson said.

Chasson is an employment attorney with the Phoenix firm Coppersmith Brockelman. She says early on, firms had legal questions about executive orders and closures. That’s evolved somewhat, she says, to issues around vaccinations and other protocols.

“I think there’s not a lot of concern about requiring masks. There were concerns in that area around requiring vaccines, and whether that was legal to do, questions around whether employees could be asked about their vaccination status,” Chasson said.

Chasson says businesses are allowed to require people to be masked and can ask about someone’s vaccination status. Consultant Lynda Zugec says companies have also been asking about workplace culture — how to encourage collaboration and comradery when employees aren’t necessarily in the same place. She says some firms have organized socially-distanced events where coworkers can come together every so often, while others have set online space where employees can get together on their own.

“We don’t have any data necessarily on what works best, or what the best path forward would be, but I think employers are exploring those different avenues more fully now that this is been ongoing. Because, of course, people do miss the water cooler chats, the in-person interaction and such,” Zugec said.

For interior designer Mackenzie Collier, her team has had to be nimble. She’s also spent a lot of time looking for personal protective equipment (PPE) and applying for federal loans. But for all the challenges, she doesn’t think the last couple of years have been a total negative.

“It definitely shifted the course of how we do business, and I don’t think that’s necessarily a bad thing, in that we are more dynamic,” Collier said. “Having a whole culture that’s used to remote work and accustomed to that, that’s far less expensive, so it’s been an interesting experience in learning to run a much leaner business.”

Either way, Collier says, with everything people have learned during the pandemic, there’s no going back from here.