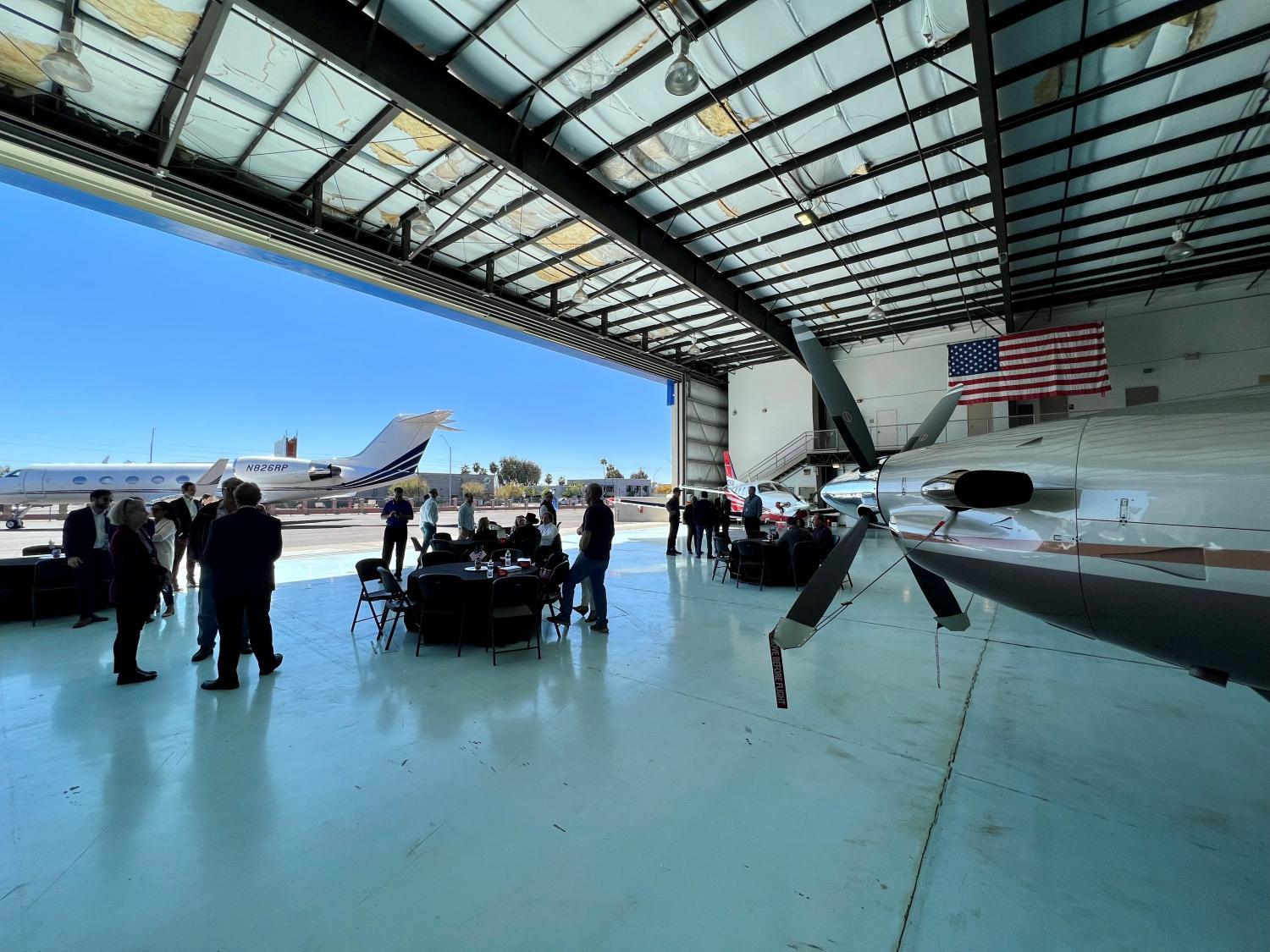 City of Phoenix
Hangar at Deer Valley Airport on March 11, 2022.

Plans are underway at Phoenix Deer Valley Airport to add more space for private planes and jets. The goal is to have a new corporate hangar built before Arizona hosts the Super Bowl in 2023.

Deer Valley is a general aviation airport. That means it does not handle passengers on commercial airlines, instead it’s used for private aviation — from small planes to corporate jets.

Cutter Aviation is the only fixed base operator at Deer Valley. When there are large events like the Super Bowl, Cutter provides fueling and other services, like rental cars.

The company recently broke ground on a 60,000-square-foot hangar that can hold a handful of large aircraft or about a dozen small planes. Cutter said second phase plans will include a nearly identical structure on the opposite side of the terminal. 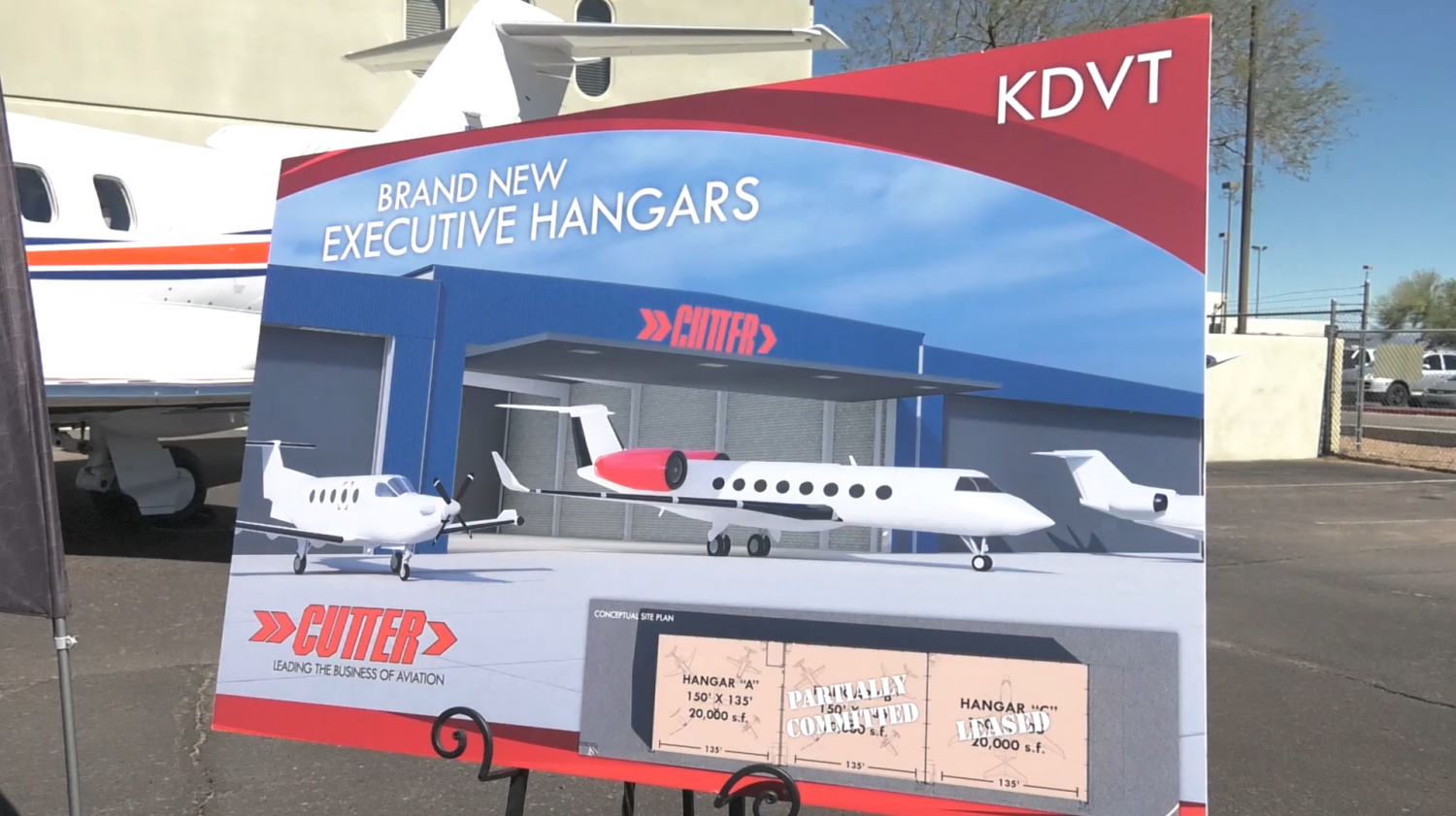 “Deer Valley is the epitome of Phoenix resilience and rebirth — following in our pioneer footsteps to revitalize a community and bring new life to an area ready for growth,” Councilwoman Ann O’Brien said in a press release. “With these new hangars from Cutter Aviation, we take our first steps in partnerships toward more opportunities for this airport and the surrounding business park.”

In 2020, Deer Valley was considered the 5th busiest airport in the world for takeoffs and landings. At that time, the airport had two flight schools. But in 2021, United Air acquired Westwind School of Aeronautics and moved operations to Phoenix Goodyear Airport. 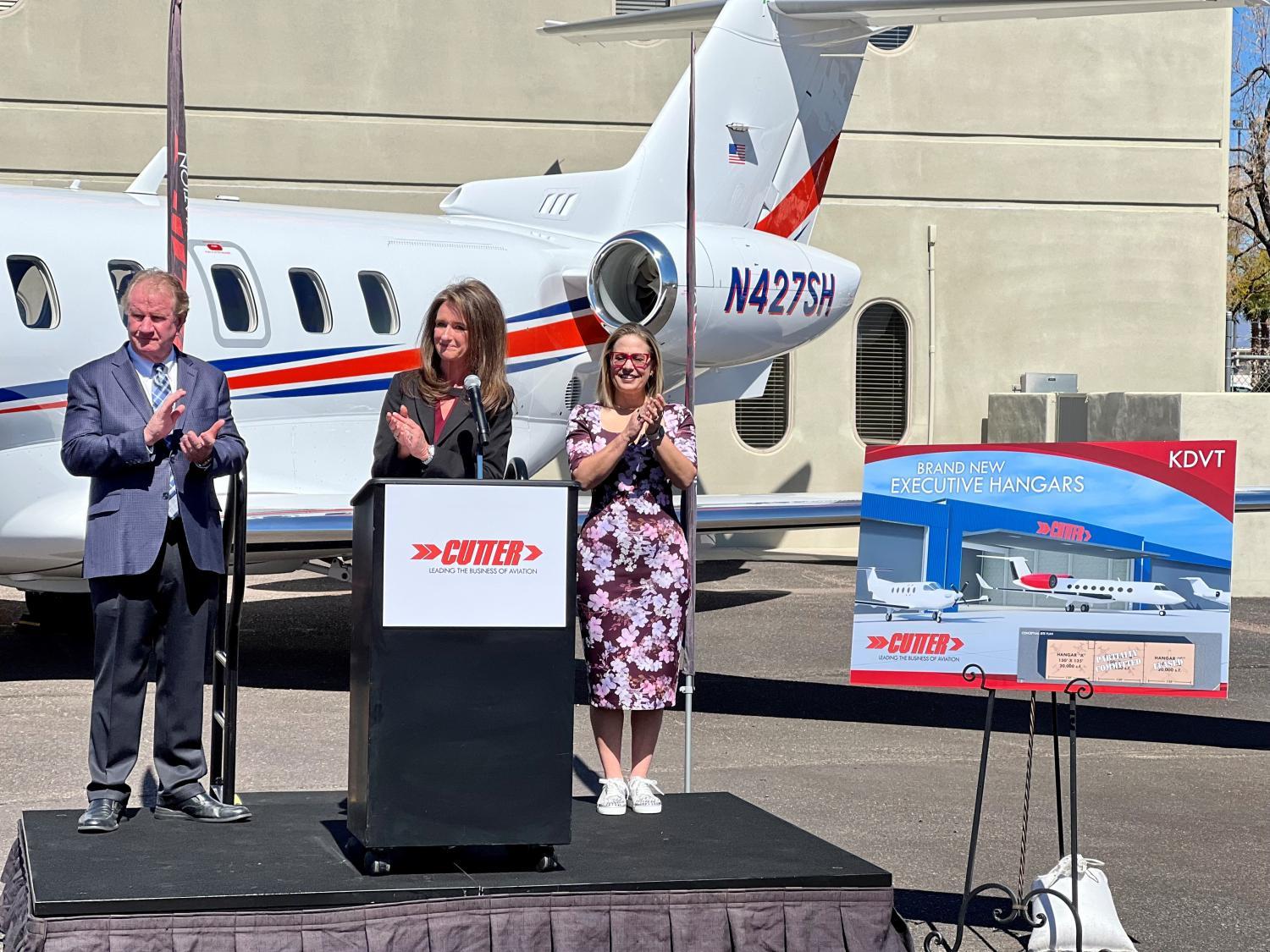