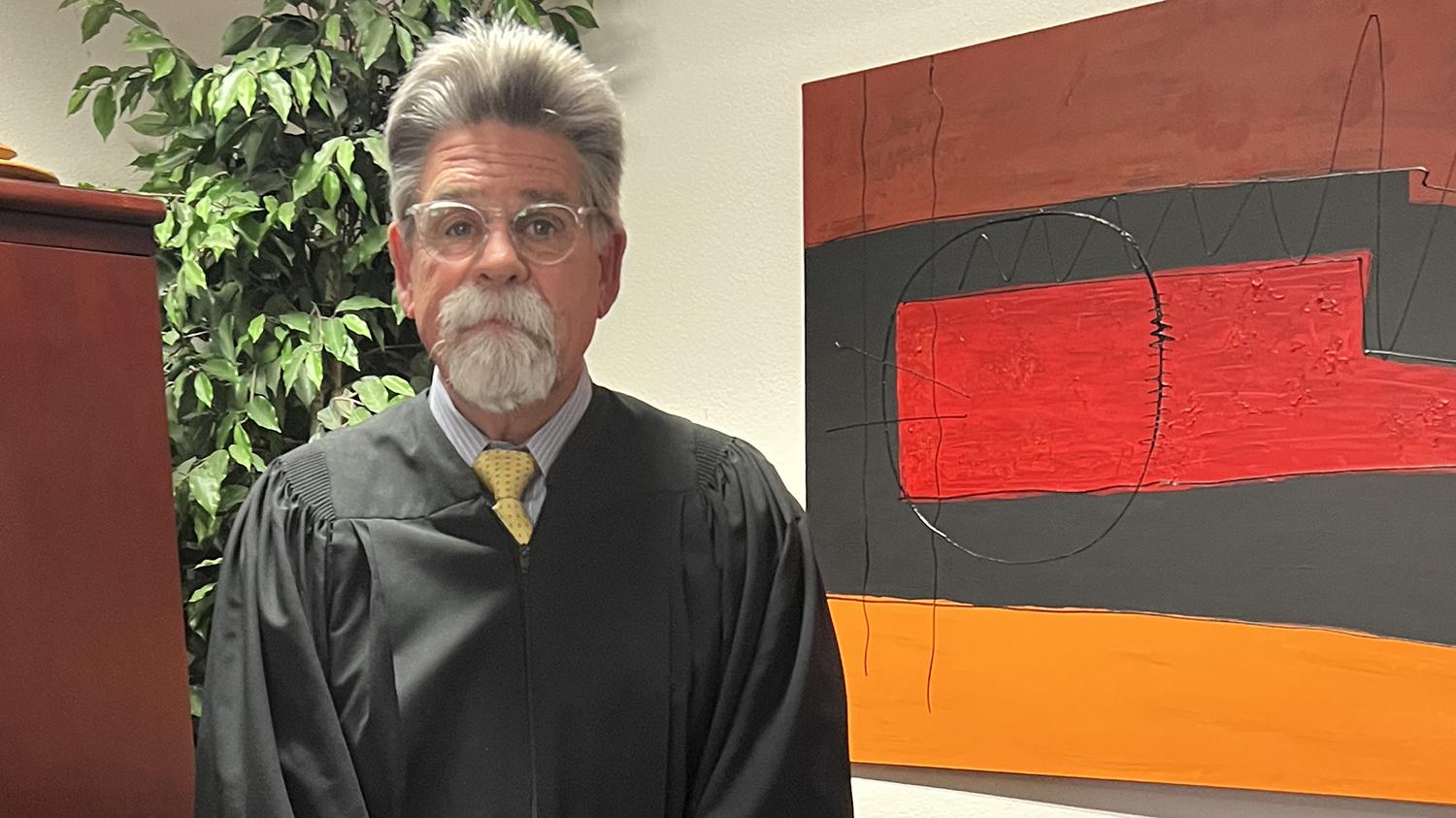 Phil Latzman/KJZZ
Orest Jejna is a judge in Scottsdale. The former private practice attorney has been presiding over courtrooms in Scottsdale for the past two decades.

The Russian invasion of Ukraine is having worldwide repercussions and Arizona is feeling it as well. There are hundreds, if not thousands of Ukranian-Americans in the Valley and around the state — here in all walks of life.

Many of them showed up for a Phoenix rally two weeks ago. Orest Jejna was one of them.

“It was fairly good community having the local church and community.”

Jejna says he was pleasantly surprised with the turnout.

“It’s grown exponentially. We have Ukrainians around the whole Valley now.”

In Scottsdale, he’s known as Judge Jejna, having served on the bench in the city since 2001.

The son of Ukrainian immigrants, he’s lived here for 40 years. But he’s never been closer to his community than in the past two weeks, while constantly checking for news from friends and family thousands of miles away.

“It’s just unimaginable. These people are going to be cut off from energy, from heat, food. Their lives have been totally disrupted. There’s 44 million people in Ukraine and all 44 million have been seriously affected.”

“It’s just unimaginable. These people are going to be cut off from energy, from heat, food. Their lives have been totally disrupted.”
— Orest Jejna, Scottsdale judge

But Jejna says his countrymen and women have fared better than he even expected defending Ukraine.

“Two weeks ago when this all started, I was expecting Ukraine to fall because I just didn't think the resolve would be there,” Jejna said. “I think the people are simply not going to go back to the way things were in the Soviet Union and they’re gonna fight it to the end.”

Judge Jejna, a former private practice attorney, has been presiding over courtrooms in Scottsdale for the past two decades. He’s also a longstanding member of the Ukrainian-American Bar Association.

While his life revolves around the rule of law, he finds it confounding and hard to apply to the situation now in eastern Europe.

And what is his message to Arizonans on the other side of the world, who feel disconnected from the growing conflict, or only see the war through the lens of rising prices at the gas pump?

“The few extra dollars that we’re gonna pay for fuel, if that’s the price we pay, it’s a small price because other people are giving their lives.”