What's a censure? 'Better than nothing,' but far from impactful 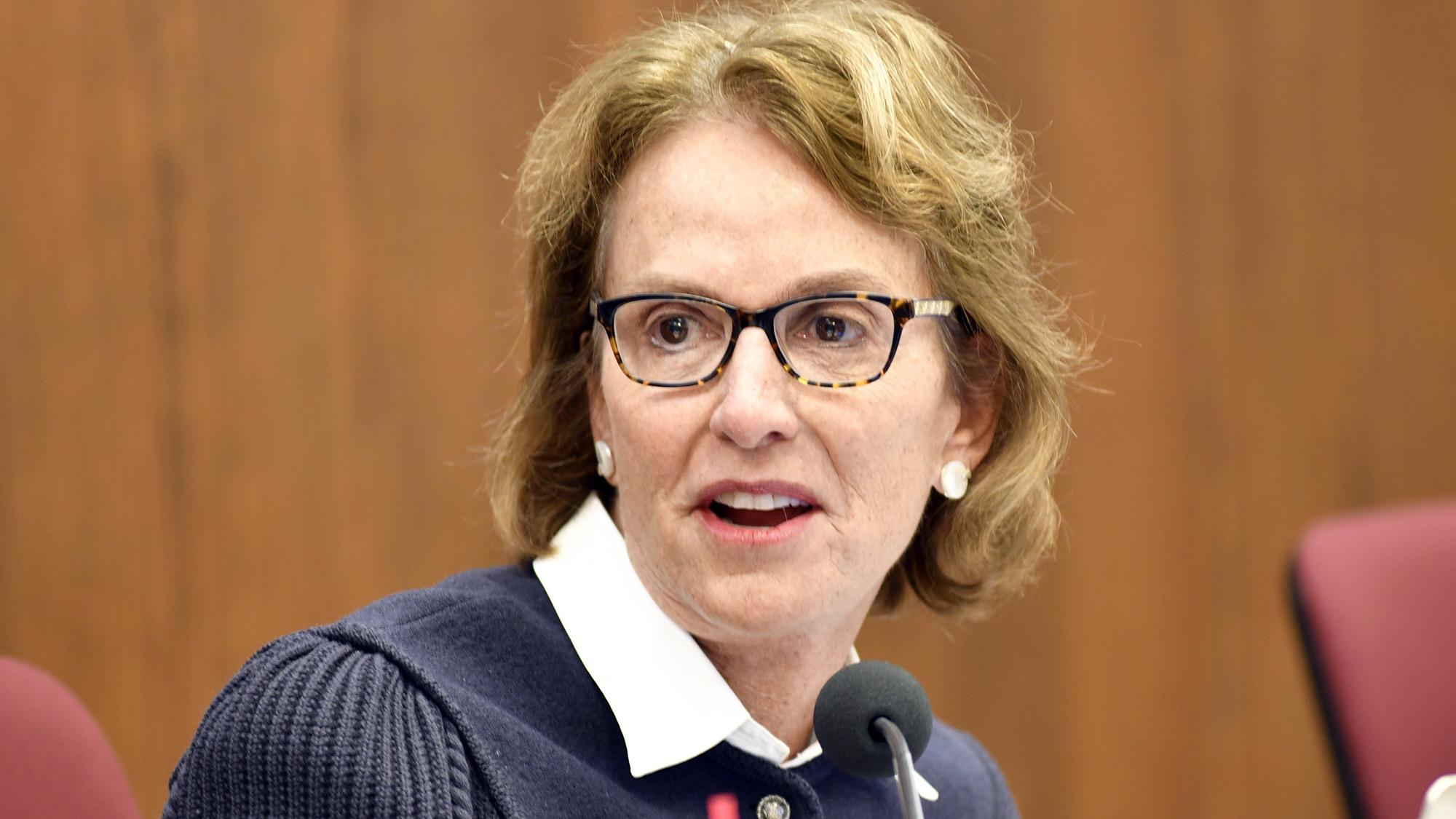 As her fellow senators voted to censure Wendy Rogers, the northern Arizona lawmaker was defiant.

Rogers has little reason to change her behavior, which according to the Senate’s censure includes public statements “encouraging violence against and punishment of American citizens” and “making threatening statements” against her political enemies, including fellow Republican lawmakers.

Left unmentioned? Specific comments Rogers made at a white nationalist conference to “build more gallows” and inflammatory remarks about Jews in the Ukraine that her critics have described as racist and anti-Semitic.

“I don't believe our action today will have any effect on this behavior,” said Senate Minority Leader Rebecca Rios (D-Phoenix) while voting in favor of the censure. “But it must be done.”

Some Democrats were left unsatisfied by the censure — at and beyond the Capitol, they viewed it as too little, too late for a lawmaker with a long history of making crude remarks since she was first elected to office in 2020.

The censure itself was historic — staff at the Senate Clerk’s Office and the State Library found no records of senators ever before voting to censure one of their own.

But in practice, it amounts to nothing more than a formal reprimand, official and on the record, but lacking in teeth.

“It’s a symbolic action more than anything else,” said former state representative Chad Campbell. “But it doesn’t impact a legislator’s position within the process.”

Compared to another Northern Arizona lawmaker, U.S. Rep. Paul Gosar, Rogers got off easy. In November, the House voted to censure Gosar, and Senate leaders removed him from the ranks of the House committees on Natural Resources and Oversight and Reform.

The maneuver stripped Gosar of an opportunity to debate policy and voice his opinions. State Senate leaders considered a similar punishment for Rogers, according to the Arizona Mirror, but the day after she was censured, Rogers spent the morning voting on bills in the Senate Health and Human Services Committee.

The censure “is better than nothing,” Campbell said. “But in terms of impacting her ability to serve as a legislator, it doesn’t do much.”

Sen. Raquel Terán (D-Phoenix) who’s also the chair of the Arizona Democratic Party, said yesterday that given Rogers’ threats, she feared for the safety of all her fellow senators. Rogers should be expelled, Terán said.

Campbell, a Democrat, said that may go too far.

Though Campbell said he thinks Rogers is a terrible person, he noted there’s no rule preventing terrible people from getting elected.

All but three of the Republicans present in the Senate on Tuesday voted in favor of the censure — two GOP senators were absent, while Rogers and Sens. Nancy Barto (Phoenix) and Warren Petersen (Gilbert) opposed the motion.

Neither Barto or Petersen explained their vote, though Barto later tweeted a statement that while she found Rogers’ rhetoric “truly offensive,” it’s up to her constituents to be her “ultimate judge and jury.”

Other Republicans who supported the censure asked their colleagues to move past it as quickly as possible. Majority Leader Rick Gray (Sun City) urged senators to “separate personality from policy” when voting on bills in the future. And Sen. Vince Leach (SaddleBrooke) said the Senate had resolved the matter like a family.

“We have found the problem, we have addressed the problem. And we pray to Our Lord, that this will take care of the problem and we can get on with the business,” Leach said.

As for Rogers, who made no apology from the Senate floor, her tweets Tuesday made it clear that nothing would change.

“Summary of censure,” Rogers wrote. “‘We don’t like your mean tweets.’”

EDITOR'S NOTE: This story has been updated to clarify a quote from Rogers.