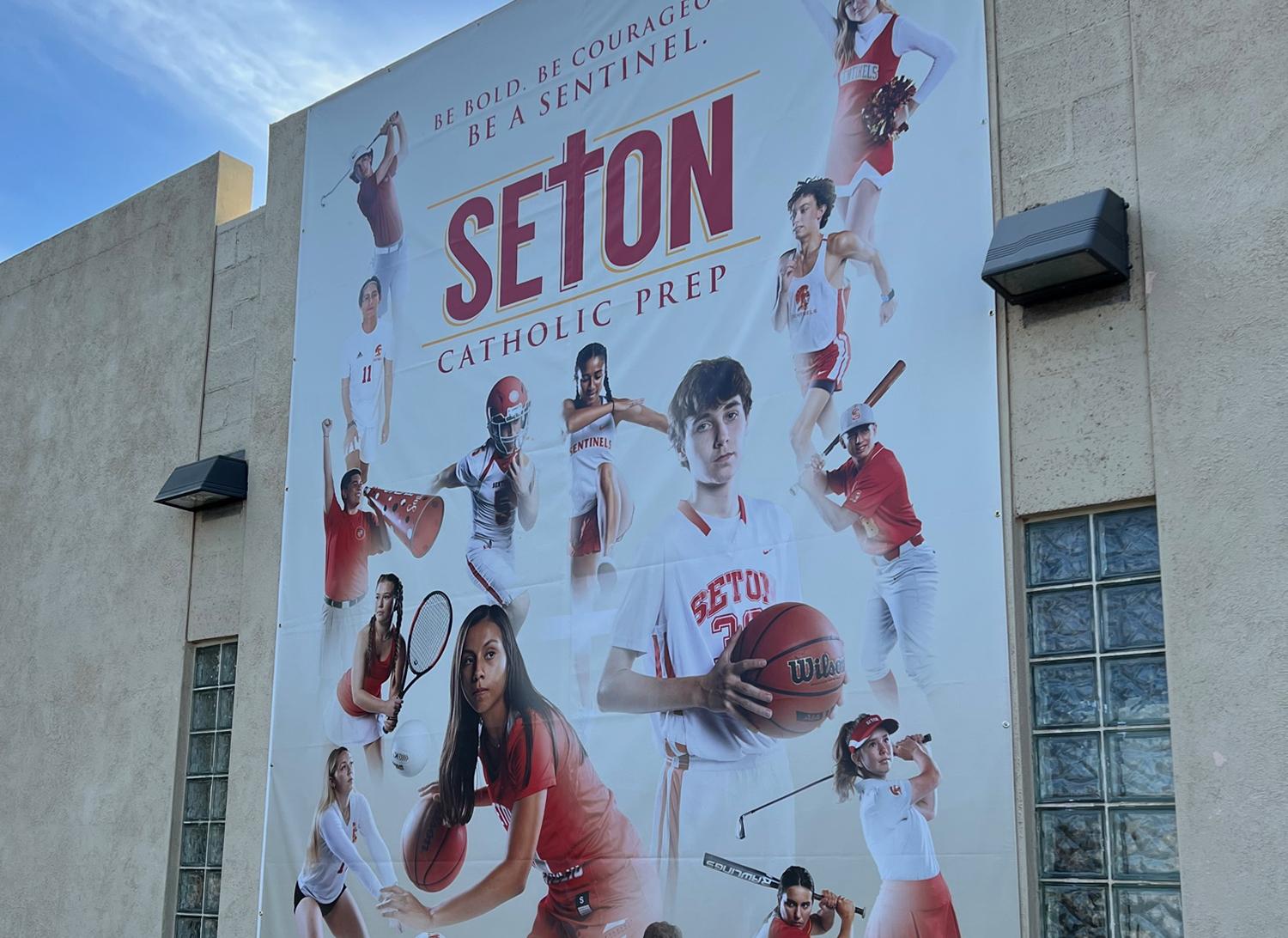 Phil Latzman/KJZZ
Girls athletics are a point of pride at Seton Catholic Preparatory in Chandler.

If Arizona sports has a dynasty, it's at a small private school in Chandler

“I think everyone pretty much knows it’s a dynasty. You know, I’ve never seen a program with as much success as she’s had," said Terry Licht, Seton Catholic Preparatory assistant athletic director.

He’s talking about his school’s girls basketball program, which has racked up 12 state titles and has played in 17 championship games in the past 30 years. The she he mentions is the team’s head coach, Karen Self, who’s been here through it all.

“I really feel like she is a pillar of Seton. And Seton would not be what it is today without Karen Self,” Licht said.

The boys programs usually rule the roost at local high schools. But not here. Even according to varsity boys basketball head coach Raymond Patche, girls rule at Seton.

“You don’t see that love for girls sports all around, especially even just for other programs in the Valley," said Patche.

Patche’s inspiration comes from Self and her squad. 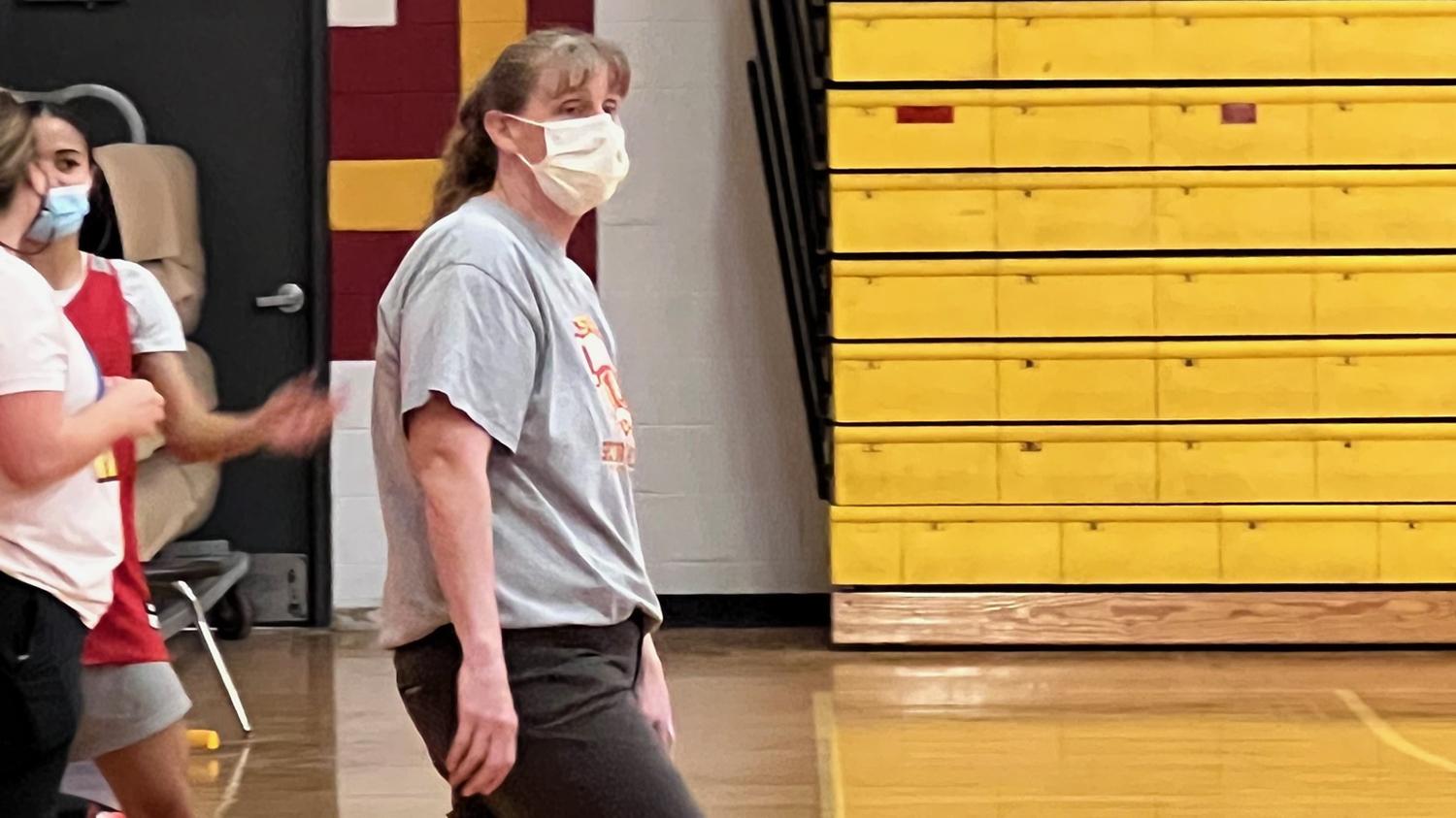 “She sets the standard. She’s even set the standard for me in our conversations. We want to figure out, No. 1, how she did it, but also build that level of consistency within our program and make sure we are mirroring their kind of work.”

As a coach, Self is in constant motion and constant conversation with her players. The main topic is tenacious defense.

“Hands up!” she shouted. “As soon as the ball’s over here, you need to sprint to your spot!”

Karen Self was a four-year starter on Arizona State University's women’s team in the early 1990s. Right out of college she took the job at Seton to coach the girls, but almost quit after her first season.

“It was really hard losing so much, and I don’t know if I'm any good at this. But I sort of waited too long to tell the school that I didn’t want to come back.”

So she stayed. And soon after, began winning regional and state titles. 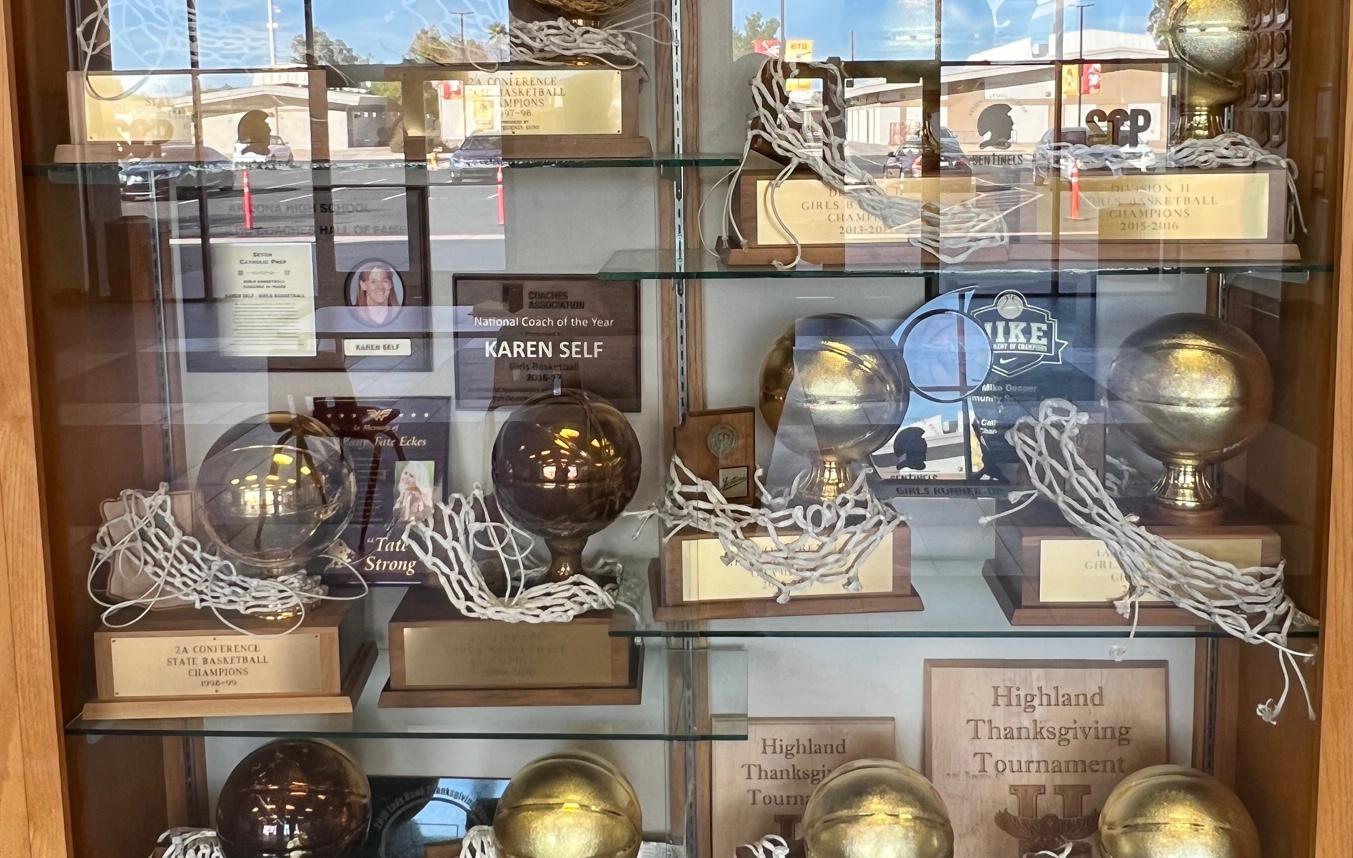 Phil Latzman/KJZZ
The Seton Catholic Preparatory girls basketball program has racked up 12 state titles and has played in 17 championship games in the past 30 years.

“In my second season, I kind of felt like it clicked, you know, and what I was trying to get across to the kids really started to happen out on the court, and it just started to make sense.” Self said. “Yeah, I was like getting bit by the bug, and you know it’s just been great ever since.”

Eventually, she also took her economics degree to the classroom to teach macroeconomics and college level math at the school. In addition to juggling teaching and coaching, Self is also the mother of four children, including triplets. Days away from giving birth to the three, she was preparing her team for a state title game before doctor’s orders put her on bed rest, far away from the sidelines.

“And I just cried my way through the whole game, watching it on TV — we got down 10 early — and we just never recovered, and we ended up losing by 10. And then the triplets were born on that Tuesday," she said.

The triplets are now 20. Self has now been at Seton Prep for 30 years. She takes her team around the country for tournaments, has won her division every season since 1995, while racking a dozen state titles and becoming one of the most prolific coaches in girls basketball history.

Self’s juggling act, determination and dedication — on and off the court — has certainly gotten through to her players, like senior Sasha Daniel. 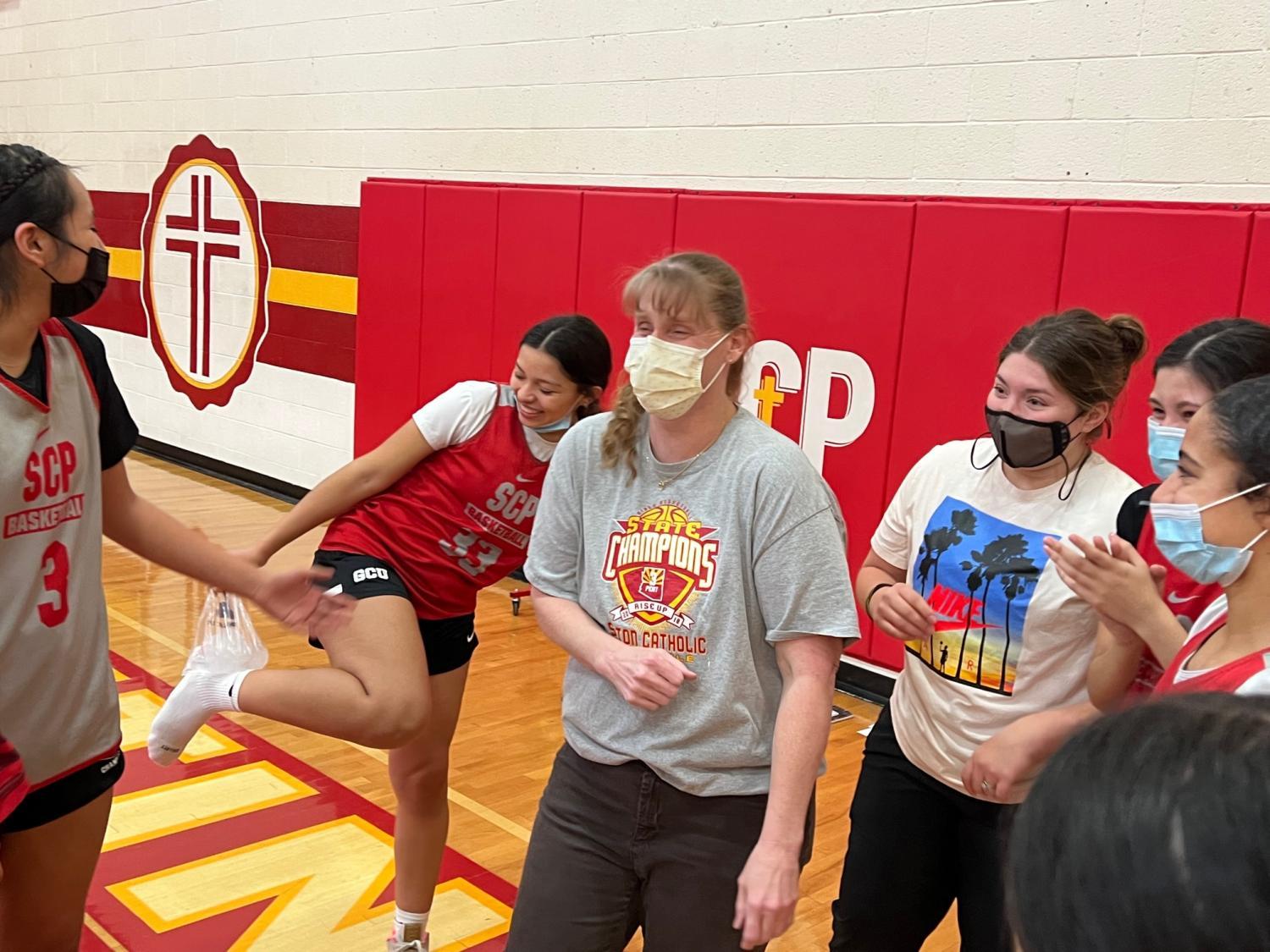 Phil Latzman/KJZZ
Karen Self has been at Seton Catholic Preparatory for 30 years.

“She literally is such a role model. She works so hard, and everything she does, she gives it all in teaching, coaching and being a parent — I mean, it’s a great influence,” Daniel said.

Playing for the Sentinels is a point of pride for a Seton girls program that has set the standard for female scholastic athletics in Arizona.

“It’s really nice to be able to make a name for our school, you know, so people can hear us and say, ‘Oh, yeah, I know that team, they’re good at softball, they’re good at basketball, or whatever,” said Daniel. “It’s an honor to play on that team because you’re gonna be part of a legacy that people are going to talk about.”

Self’s girls will soon play for her 13th state title, though she admits her young freshman-laden squad is a long shot to do it again this year. But there’s one thing she teaches that could make all the difference, and it’s much easier than Advanced Placement macroeconomics.

“If you can bring your defense every night, then it doesn’t really matter if you have size or speed or perimeter shooting if you can defend.”