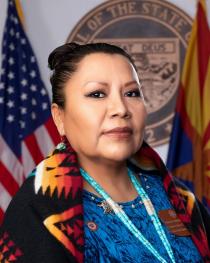 Another senator has resigned from the state Legislature Wednesday. This time the democratic senator from District 7.

According to a report from the Arizona Republic, she is taking an appointment from the Biden administration in the Department of Interior. She told them part of her decision came due to low pay from the legislature.

Her replacement is required to be the same party by state law. The legislative session will have 13 new members when it starts Jan. 10.