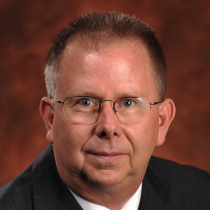 “If I can’t go home and explain it to the people of West Virginia, I can’t vote for it,” Manchin said. “And I cannot vote to continue with this piece of legislation. I just can’t. I’ve tried everything humanly possible — I can’t get there.”

The bill would have augmented federal and state social safety nets as well as shoring up funds for battling climate change, all paid for by corporate and wealth taxes. Manchin objects to the bill’s high price tag and how the spending would impact the current state of inflation.

Researchers from the W.P. Carey School of Business at Arizona State University analyzed the bill to break down its potential economic impact in Arizona.

The Show spoke with Dennis Hoffman, the report’s lead researcher and professor of economics at ASU, to learn about his findings.