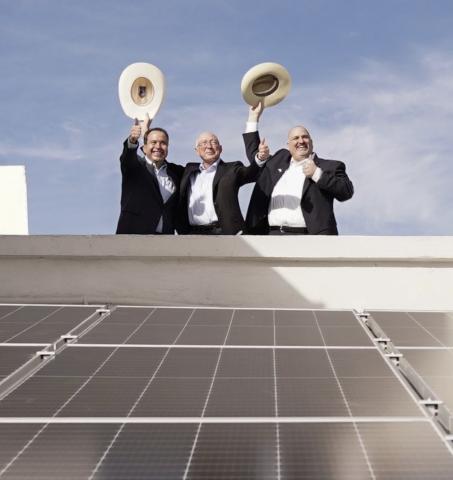 In neighboring Sonora, Mexico, leaders in the capital of Hermosillo have announced a plan they say will help mitigate the impacts of climate change.

Hermosillo officials released a plan with 17 actions they say are meant to slow climate change and its potentially brutal consequences in this hot, dry city in the Sonoran desert.

Those actions include increasing the use of solar panels, trading out police cars for electric vehicles and renovating public transportation to run on natural gas. As well the renovation of a native plant nursery, reforestation efforts and sanctions against burning trash or cutting down trees.

“Given the urgency of this crisis, we consider this a step in the right direction,” said Sergio Müller, a leader with the Hermosillo-based environmental collective Caminantes del Desierto.

Leaders are already implementing some improvements in coordination with conservation groups, which have been pushing for changing like these for years, he said. But added many of the proposed actions lack specificity, and addressing the climate crisis will require more concrete measures by leaders on all levels of government. However, the federal government has significantly cut funds to its environmental agencies.