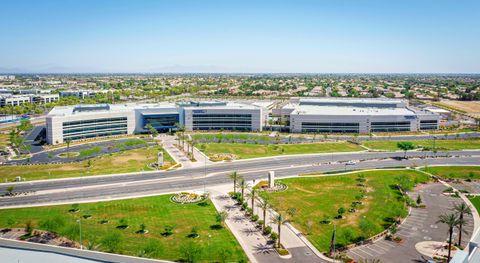 A pair of companies with a strong Arizona presence will be working to develop missiles that can intercept a new type of weapon.

Late last month, the Financial Times reported China successfully tested a hypersonic missile that circumnavigated the globe before detonating within 20 miles of its intended test target. Both China and Russia are in the advanced stages of testing these missiles — a technology that analysts say the U.S. military is not ready to confront.

The Pentagon issued a pair of contracts to defense industry giants Northrop-Grumman and Raytheon to develop missiles that would intercept these hypersonic weapons. Raytheon’s Missiles and Defense division is located in Tucson, and Northrop-Grumman operates a facility in Chandler where the project will be developed.

Ian Williams is the deputy director of the Center for Strategic and International Studies’ Missile Defense Project.

The Show spoke with him to learn about the need for this kind of weapon.