For access to the Colorado River, the Cocopah tribe battles drought and phragmites 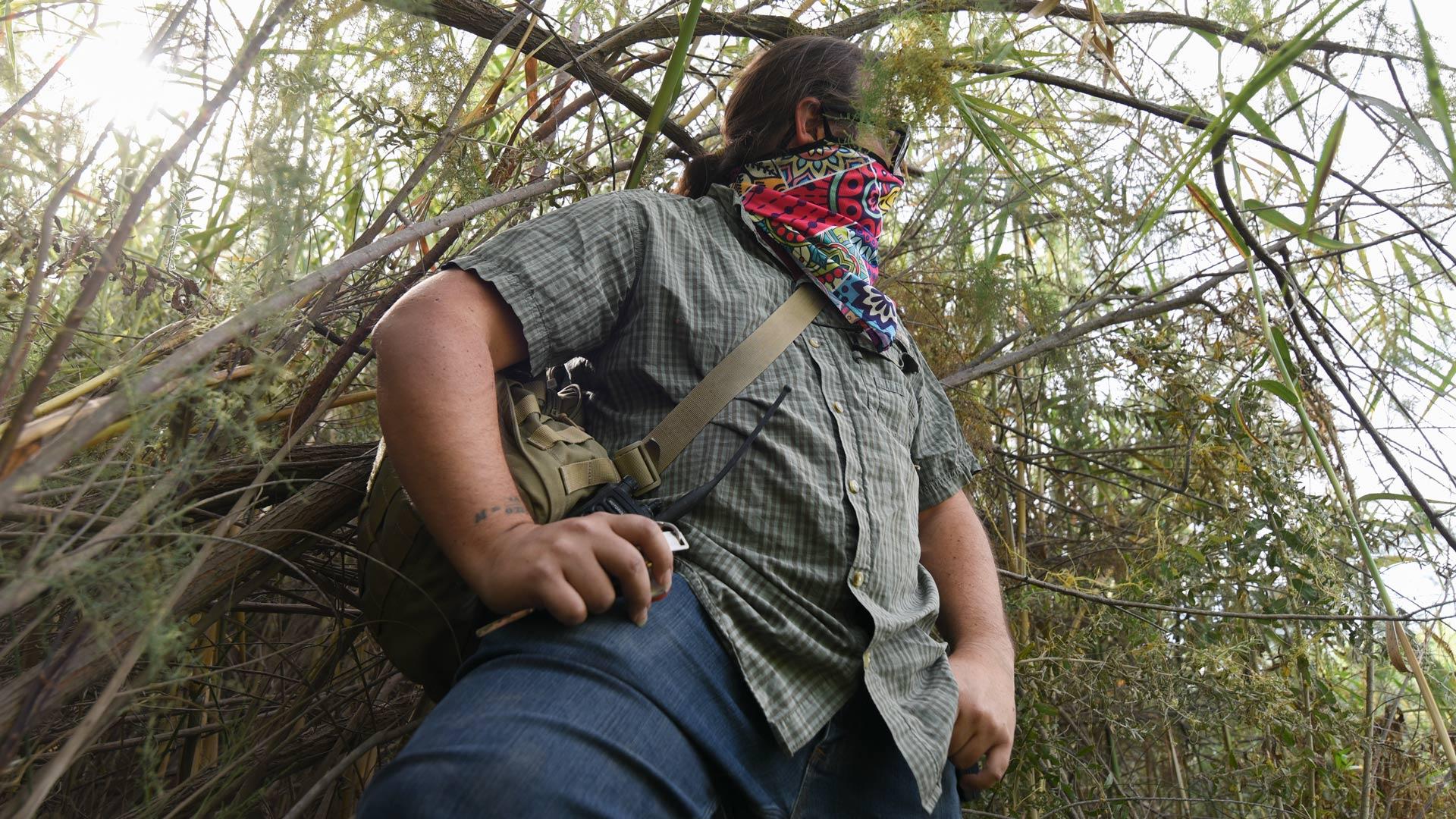 Alisa Reznick/KJZZ
Cocopah Cultural Resource Manager Justin Brundin stands at the banks of a portion of Colorado River south of the Morelos Dam in the West Cocopah reservation.

We’re pulled off a dirt road in the West reservation of the Cocopah Indian Tribe, just south of the Morelos Dam in Yuma. A few yards away is the 30-foot steel bollard border wall built by the Trump administration.

The Cocopah have lived here, along the Colorado River delta, for centuries. Water used to flow across the border and all the way into the Sea of Cortez. We're in the same place where Cocopah pilots once navigated steamboats across the river's strong current.

But to reach the banks today, we're forcing our way through a towering thicket of phragmites. They're an invasive reed species of with thick tubes topped with sharp leaves. And they’re taking over. Cocopah Cultural Resource Manager Justin Brundin leads the way. 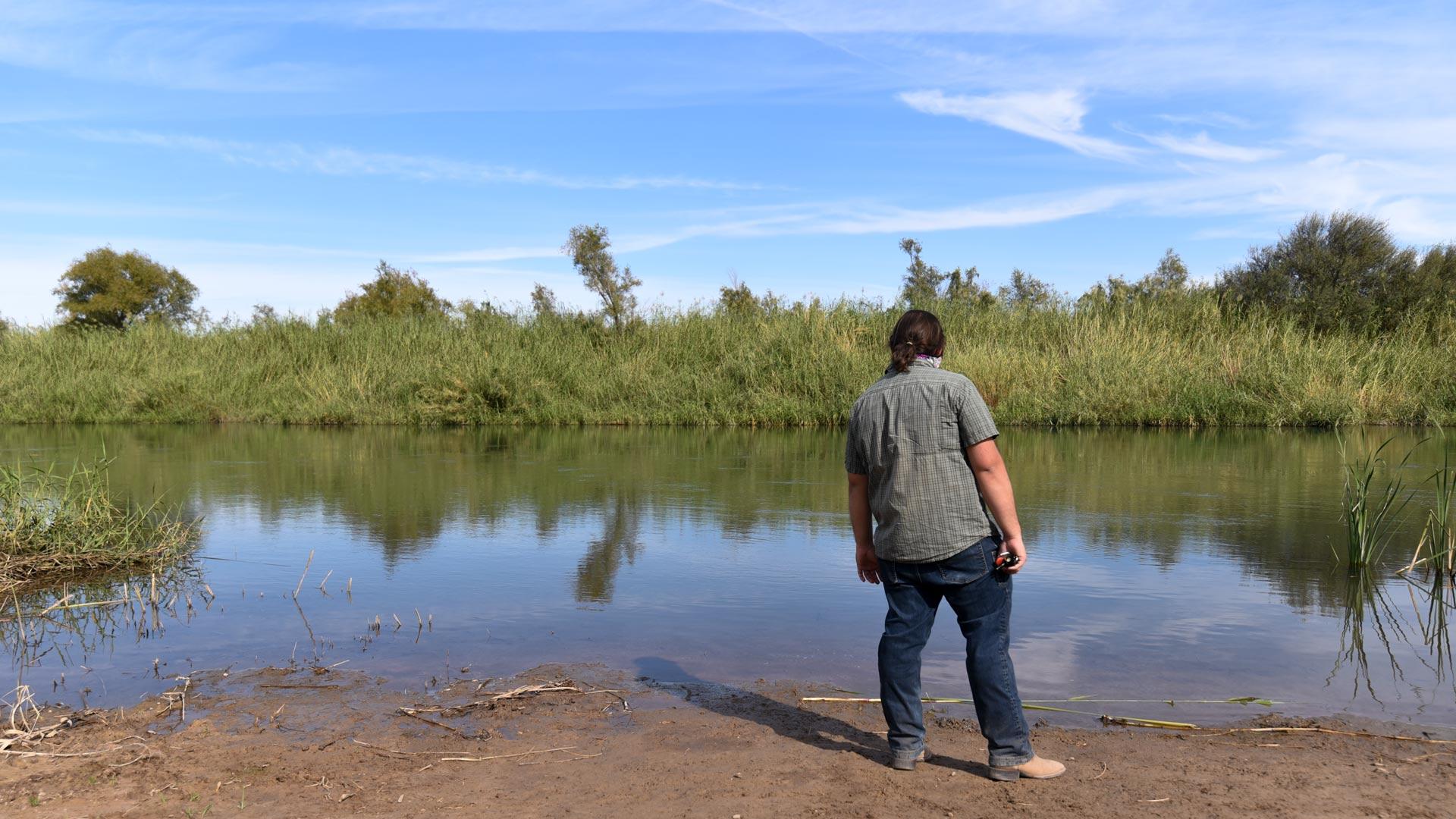 Alisa Reznick/KJZZ
Justin Brundin stands at the banks of the river in the tribe's north reservation, where crews cleared phragmites from the path this year.

"So this is the river that cut the Grand Canyon, and at our current location, toward the end of the river, it is about knee-height," he said. "You could probably walk across it."

Brundin is a Cocopah tribal member whose family is from an area that is now Mexico. He says the Cocopah used this water to fish, farm and hunt before a border existed. Now, what’s left is what Brundin says feels like the world’s longest lake.

"It’s a completely different landscape, if you were to bring one of our ancestors here today to stand on the banks of the river, they would not recognize it," he said.

The Colorado River supplies water to some 40 million people in the American West. Over the last half century, it’s been dammed 15 times. Here in Cocopah, Brundin says the shrinking of the river here has meant native crops like wild rice and beans Cocopah once farmed can't grow. Meanwhile, phragmites have flourished.

"The flood waters would scalp the land, and then deposit new soil," he said. "Phragmites would have to start from scratch, and now, because there’s no more flooding, no more scarring, there’s no more movement of the river, they just take hold of the bank and they don’t let go."

Jen Alspach, who is the director of the tribe's environmental protection office, says dams, drought and climate change have led to the demise of native species on this once-verdant stretch.

"This all would have been wild mesquite groves, teeming with wildlife, and of course the cottonwoods and willows that used to thrive along the river," she said. 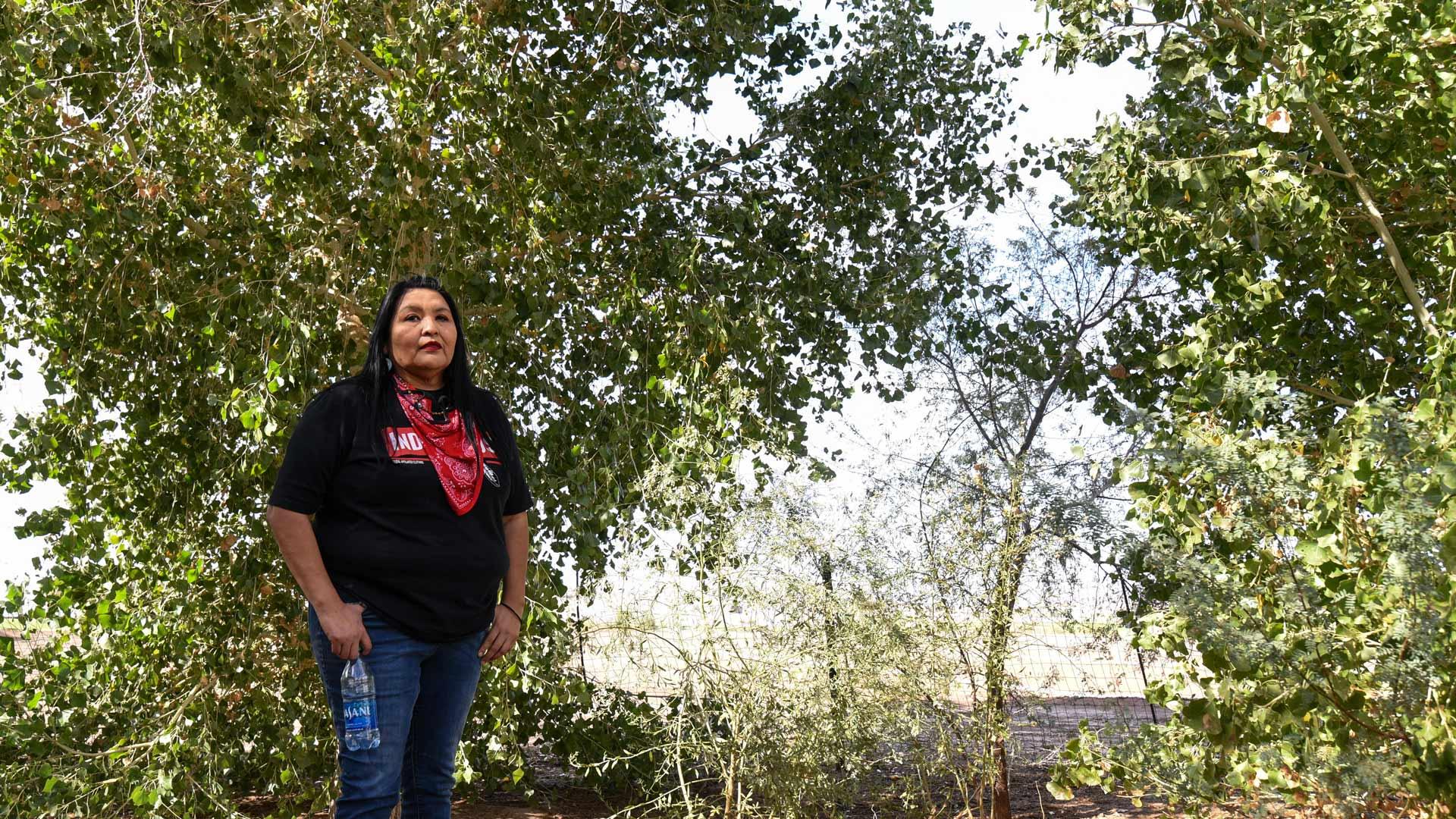 Alisa Reznick/KJZZ
Willadena Thomas stands in front of a pair of cottonwoods she planted a few years ago near the tribe's nursery.

That landscape isn’t too distant of a memory for Willadena Thomas.

"I remember it having water all in this area, where we had, I mean, trees, like a forest of cottonwood," she said.

Thomas is a tribal member who works with Alspach as a technician with the environmental office. She says tribal members come here to be with the river and collect materials like strands of willows to make cradle boards. When she came as a kid with her grandpa, she says he always warned her that one day, all of this might be gone.

"I never understood that until I came back out here and saw that, something we had abundance of, and now, we don’t have it, it’s heartbreaking," she said. 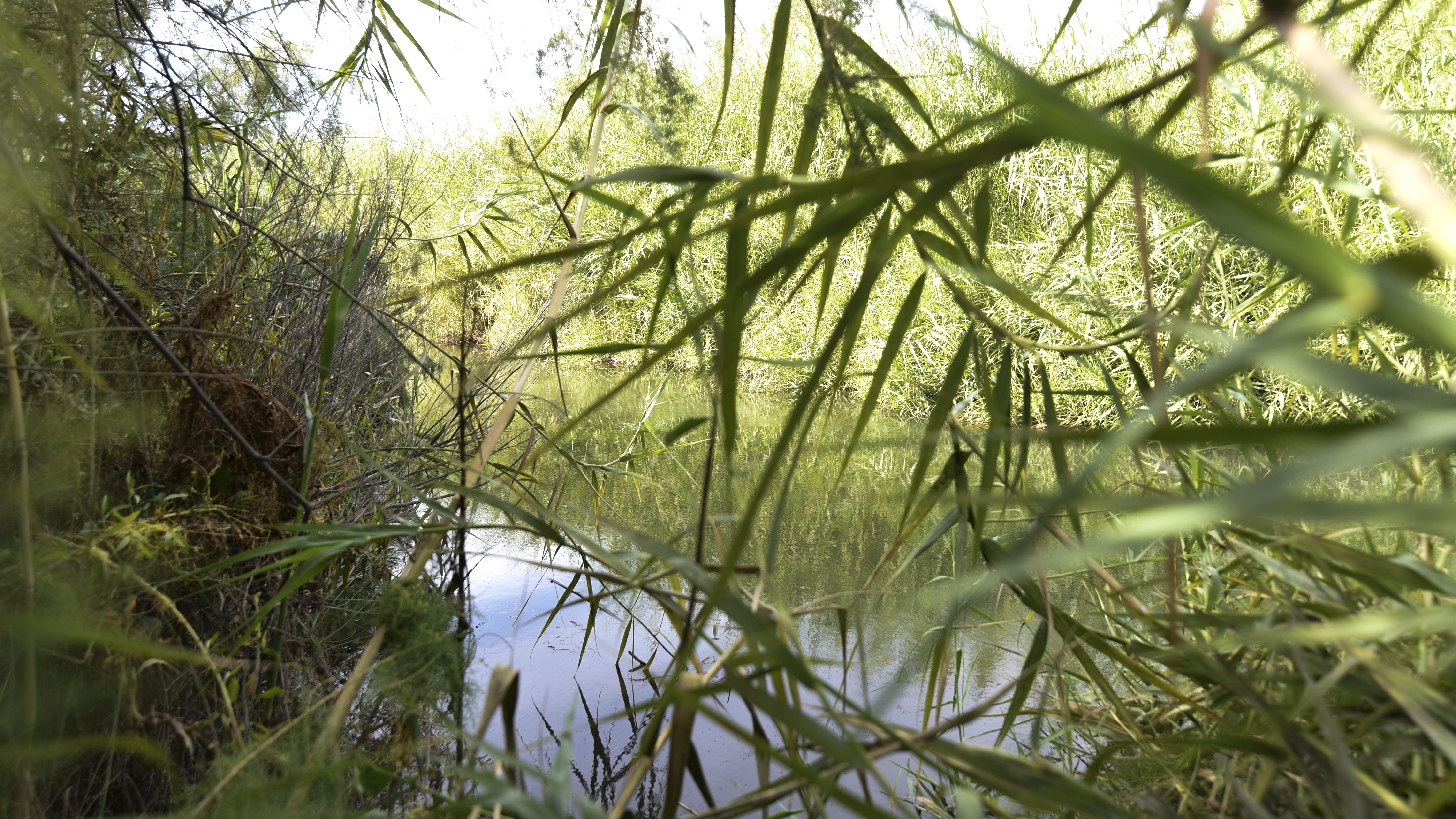 Alisa Reznick/KJZZ
A portion of river on Cocopah land is almost completely obscured by phragmites.

It’s a problem the environmental office has long faced. Over the years, crews of workers have come to pull out phragmites and other invasive species like tamarisk, to make way for new cottonwoods, mesquites and willows.

Alspach and Thomas have spent hours here and on another river access point farther north, using machetes and long sheers to battle the invasive species by by hand.

Work was set back again last year, when a wildfire ripped through the area and scorched the new growth. Alspach says her office is still working with the Arizona Conservation Corps to clear out the dead brush left behind.

"And that is to protect the remaining trees that have survived," she said. "And then on top of that it is to prepare the area for replanting."

Just off the river’s banks farther north, young cottonwood, mesquite and willow trees thrive in the tribe’s nursery. Thomas says this is where young trees are cared for before being replanted.

"These cottonwoods, I want to show you those cottonwoods, I planted those four years ago," she said, leading the way to a pair of tall cottonwoods at the edge of the nursery. All around her rows of the tiny trees sit in plastic pots. Earlier this year, the tribe purchased a few hundred young saplings from nurseries elsewhere in Arizona. Thomas says they also cut from more mature trees on Cocopah land.

The goal is to get back to some version of what she remembers seeing growing up here. She hopes it’s something her own kids can experience, too.

"You know, seeing all that hard work, seeing that growth ... it makes me proud to say that we did this and it’s coming back," she said. 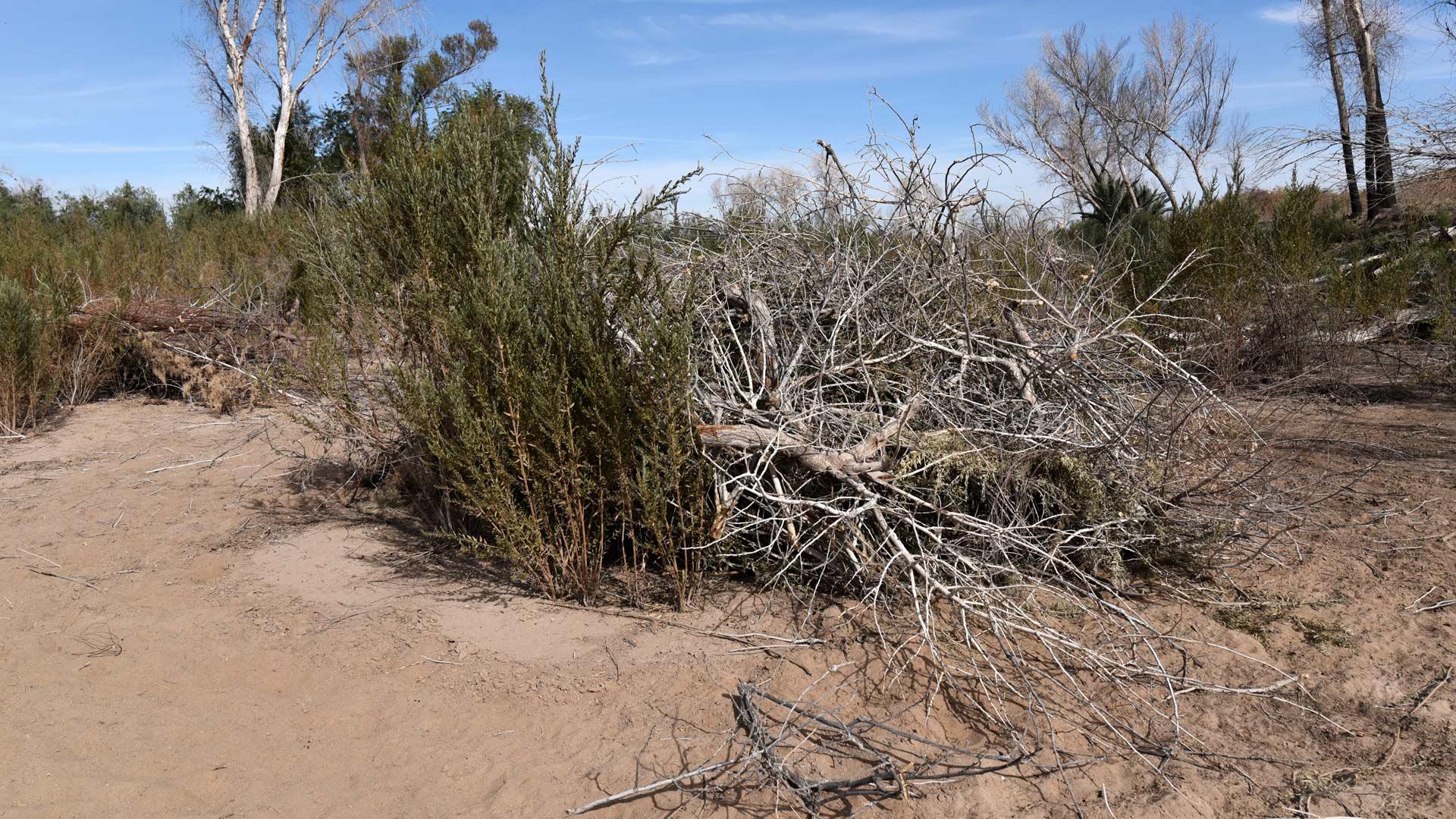 Alisa Reznick/KJZZ
A fallen cottonwood lies on a section of Cocopah land near the river that was burned in a wildlife last year.

But there's a long road ahead. This past spring, the environmental office cut back a few acres of phragmites and the river was visible once again. Six months later, they all grew back. Crews are at the banks again now, this time with herbicide they hope will slow or eliminate their return. It’s hard work, but Thomas says the river is the Cocopah's lifeblood.

"We're connected to the elements, especially the river," she said. "It's our way of life, it is why we are called the river people."

So, they’ll keep pushing forward, as long as it takes. 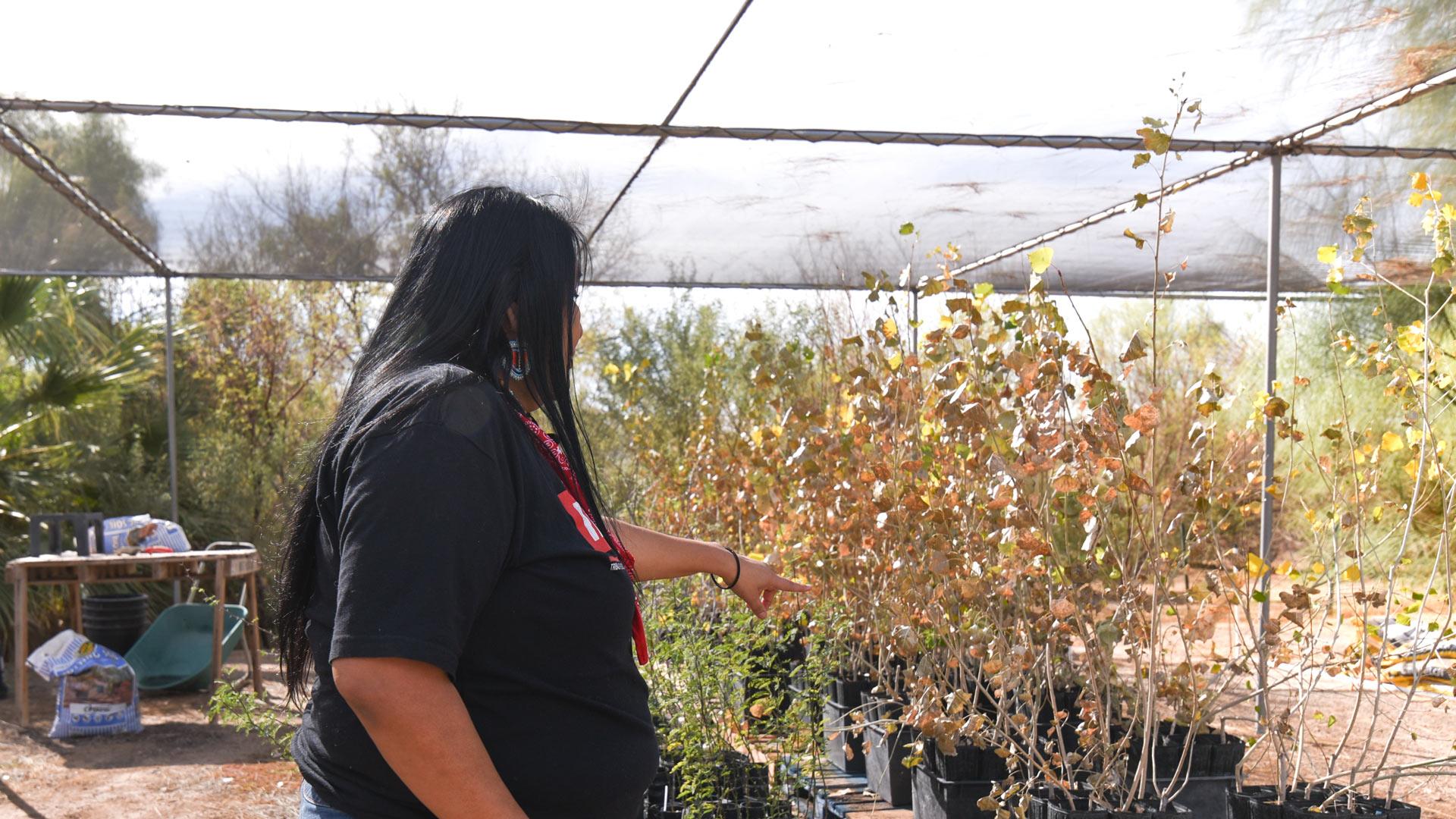