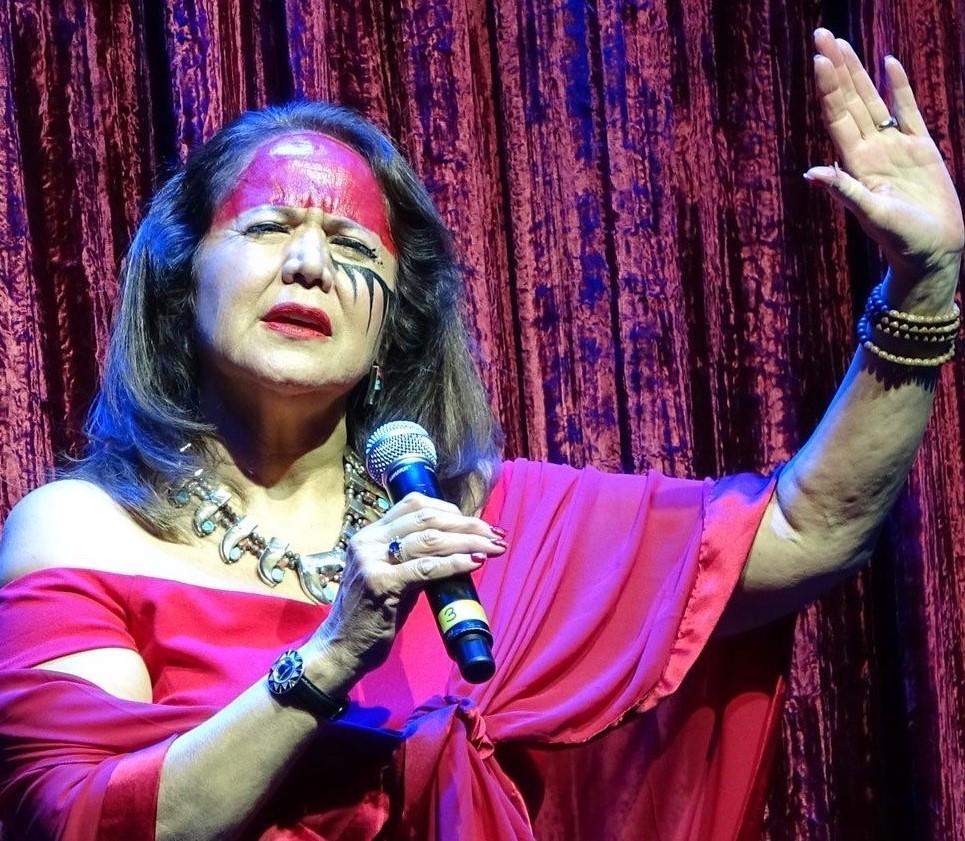 Native American Music Awards
Joanne Shenandoah was a member of the Wolf Clan of the Oneida Nation, and grew up in central New York state.

Joanne Shenandoah, the celebrated Native American singer-songwriter who performed before world leaders and on high-profile stages, has died. She was 63.

“Joanne’s beautiful embellishing voice, strong Iroquois traditions, unequivocal elegance and courteous grace made her a prominent role model and highly respected musical matriarch among Native American communities as well as the mainstream music community at large," the organization said. “She sang with deep roots from her ancestors and flawlessly incorporated her oral traditions into contemporary Folk, Country and Americana formats."

Shenandoah was a member of the Wolf Clan of the Oneida Nation, and grew up in central New York state.

She made her recording debut in 1989, and her career went on to include numerous albums and collaborations.

Shenandoah won 14 Native American Music Awards, the most for a single artist. She was among the artists who contributed to “Sacred Ground: A Tribute to Mother Earth," which won the Grammy award for Best Native American music album in 2006, and was nominated twice for Grammys for her own recordings.

According to her website, Shenandoah performed in front of the Dalai Lama and Nelson Mandela, and played at locations including the White House and Carnegie Hall.

Shenandoah had suffered from health issues in recent years, including liver problems after she had a bacterial infection.

She is survived by her husband, daughter, grandson and two sisters.