How Arizona voters are feeling a year away from midterm elections 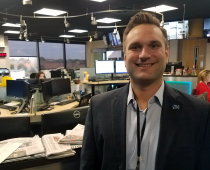 We are roughly 11 months away from the midterm elections and eight months from several tossup primary races. A lot can and will change before then, but latest polling shows the expected candidates currently favored in their respective races, with most registered voters still undecided.

If things hold, it’s expected that Democratic Secretary of State Katie Hobbs and former news anchor Kari Lake will face off to become the next governor, while the U.S. Senate race will be the Battle of the Marks with Attorney General Mark Brnovich trying to unseat Sen. Mark Kelly.

Mike Noble is the pollster for OH Predictive Insights.

The Show spoke with him to hear about his latest survey and what he’s seeing and hearing from Arizona’s likely voters.