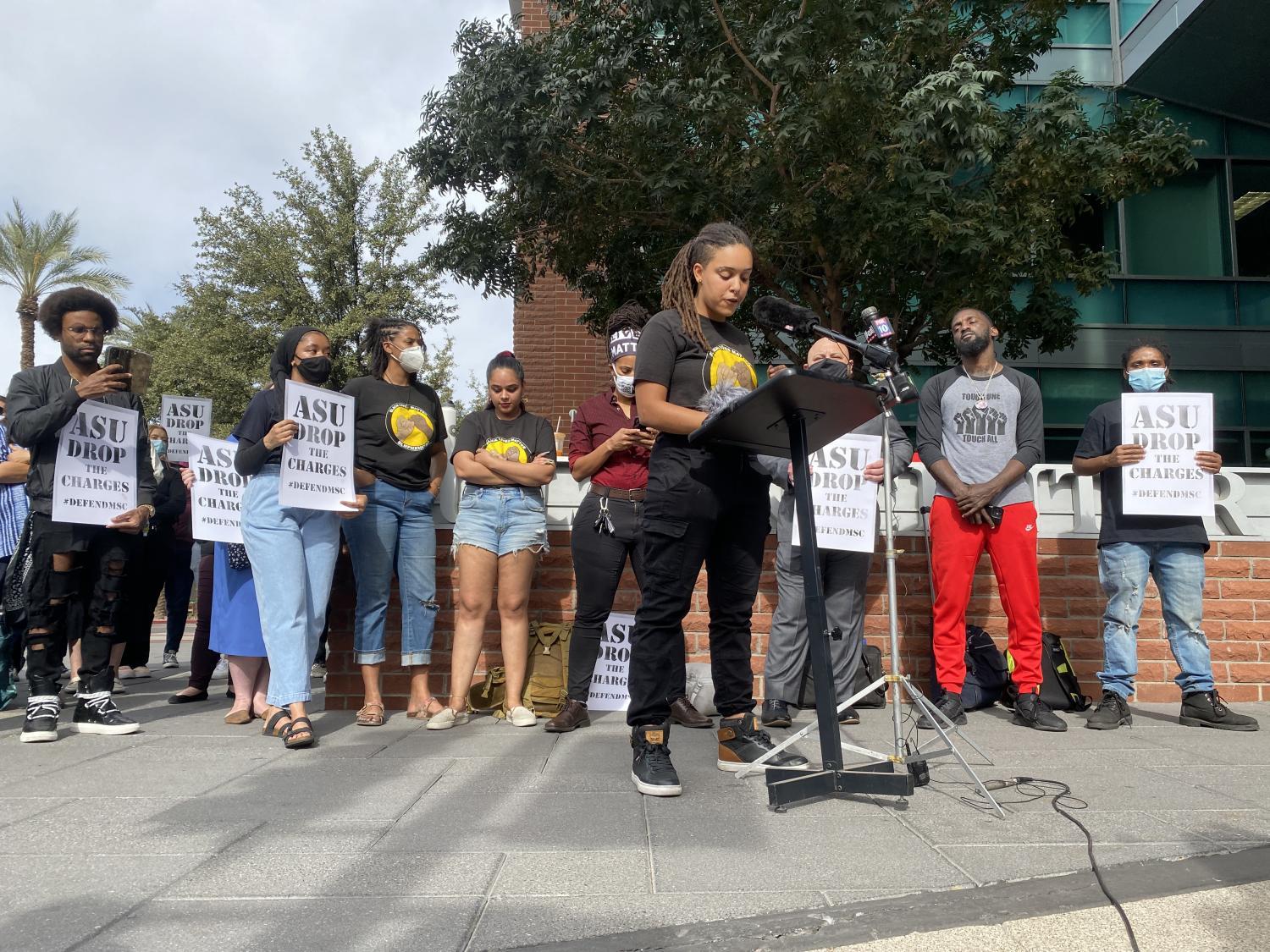 Rocio Hernandez/KJZZ
Arizona State University student Sarra Tekola shares during a Nov. 16, 2021, press conference that charges against them and others related to a Sept. incident at a multicultural center have been dropped.

Three ASU students of color who were involved in a September incident at a new multicultural space said administrators have dropped most charges against them.

The three students of color — Mimi Arayya, Mastaani Qureshi and Sarra Tekola — were accused of violating the Arizona Board of Regents' student code of conduct and faced charges related to stalking and disruption after they confronted two white males they said made them feel unsafe. But shortly before a Tuesday press conference on the incident was scheduled to start, the students were told only Tekola and Qureshi would be disciplined for disruption. according to the group and their lawyer.

The students are expected to write a statement about how they would address a similar incident in the future.

“ASU is angry at me and wants to put me back in my place as a brown woman," Qureshi said. "ASU is punishing us for standing up for our friends and other students of color.”

ASU told KJZZ in a statement that when a student violates the ABOR Student Code of Conduct, they will be held accountable and appropriate remedial action will be taken. Remedial actions are meant to be educational, not punitive. They affirm university standards and encourage students to make better choices in the future.

It's not clear what will happen if the students refuse to comply.

The students thanked thousands of community members within and outside of ASU who sent letters and emails of support. But Tekola doesn’t consider this a total win. After the incident, ASU has continued to refuse to keep people they consider unsafe out of the center, they said.

“Our center has been infiltrated by Trump supporters and ASU is telling us there's nothing we can do," Tekola said. "ASU refuses to protect students of color and the world needs to know how they treat us here on this campus when we push to make it a better place for all.”

After the incident, ASU did add staff to the center, but Tekola said its inadequate and sparse.