When Ducey is away, Hobbs can flex executive power. But she says she won't 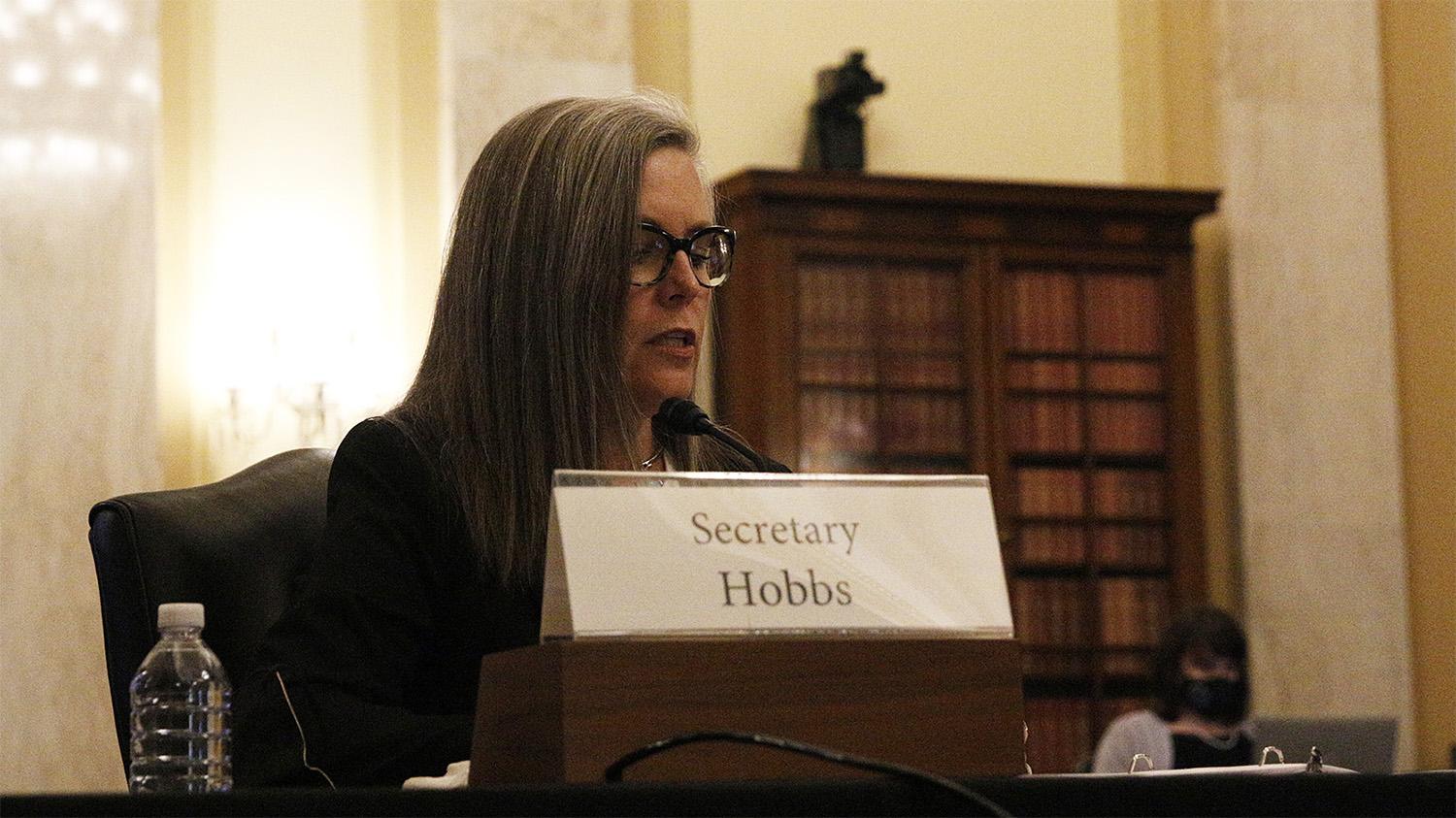 Gov. Doug Ducey and his wife, Angela, are enjoying the second week of a European vacation the couple took to celebrate their 31st wedding anniversary. As per state law, the secretary of state takes over as the chief executive of Arizona.

Secretary of State Katie Hobbs is in charge while the Duceys are away — a chain of command structure only used by five states. Most have lieutenant governors who assume the position while the governor’s away.

People are people, and with the prospect of power — no matter how fleeting — people will grab at the bait. In other words, when the governor’s away, shenanigans may ensue. And in Idaho, this has been a year full of shenanigans.

Gov. Brad Little and Lt. Gov. Janice McGeachin are both Republicans — but they have been sparring over that state’s COVID-19 response. Over the summer, Little left Idaho and the lieutenant governor issued a ban on mask mandates that both her superior and state health officials criticized.

Upon his return to the state, Gov. Little rescinded the lieutenant governor’s orders. And after the social media hubbub died down, the governor had to, again, leave the state — and nobody told his stand-in.

It's not the first time that happened. In mid-1990s Nevada,  then-Gov. Bob Miller was stuck with something of a wild card for a lieutenant governor in eccentric neurosurgeon Lonnie Hammargren. Miller fell into the same habit of sneaking out of the state without informing his second in command.

But the all-time governor-is-away shenanigans award goes to Arkansas, where throughout the 1980s and '90s, it was the third in command who would wait for both the governor and the lieutenant governor to leave town. And in 1987, that man was president pro tempore of the Arkansas Senate, Nick Wilson.

“He was like many folks who were not from the Hot Springs, the central Arkansas thing — he was not a particular fan of Bill Clinton,” David Ware, state historian and director of the Arkansas State Archives, said.

Six years later, Jim Guy Tucker was serving as Bill Clinton’s replacement in the Arkansas governor’s mansion. In 1997, Tucker and his lieutenant both left the state, again leaving the Senate’s president pro-temp in charge. Jerry Jewell used this four-day reign of power to pardon two Arkansas felons, including one Tommy McIntosh, the son of a revered local civil rights activist.

This time, shenanigans were acknowledged and rules of succession in Arkansas were adjusted to prevent further abuse.

But the question still remains as Katie Hobbs is still “home alone” — will any shenanigans happen in Arizona?

It's not likely. Hobbs made it clear in 2018 that she had no intention of surreptitiously usurping any of the governor's powers when he is outside of Arizona.