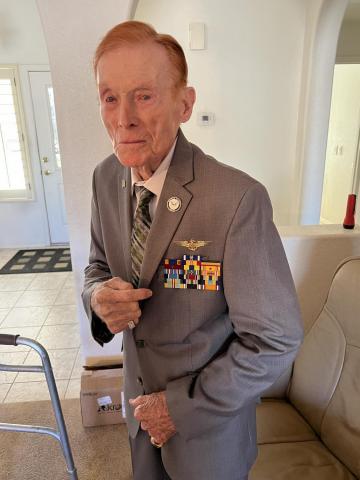 Jack Holder had been in Pearl Harbor six days short of one year when sirens blared on the morning of Dec. 7, 1941.

The 19-year-old Navy machinist ran for his life from his bunker.

We introduced you to him and his remarkable story back in 2019.

“The explosion and everything caught a bunch of our aircraft on fire. We looked in the sky and seen all the aircraft in the sky circling with the rising sun insignia and we knew exactly what happened," Holder said.

Holder went on to earn his stripes as Navy pilot, flying more than 100 missions on both fronts of World War II, participating in the Pacific in the Battles of Midway and Guadalcanal; and in Europe as part of crews patrolling the English Channel and the Bay of Biscay.

For his service, Holder received two Distinguished Flying Cross Medals and among other honors, a presidential citation.

This true American hero is still here to tell his tale first person. He’s believed to be Arizona's last known survivor of the attacks.

We spoke at his Sun Lakes home last month.

HOLDER: “No, never dreamed I’d last this long. In fact, several years ago I wondered if I’d make it to see the end of the century.” 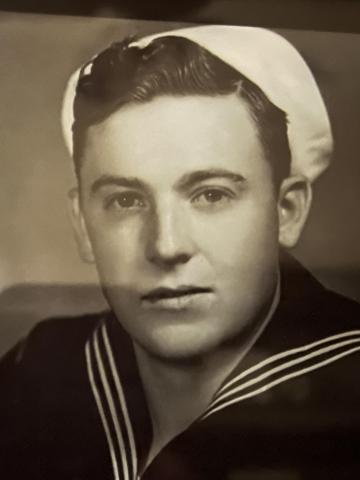 Phil Latzman/KJZZ
Jack Holder when he entered the Navy as an 18-year-old in 1940.

His longevity also comes with luck. The Texas-born Holder survived a burst appendix on a train on a way to Navy boot camp in San Diego after enlisting in 1940. Then after running for his life to avoid Japanese bombs, he was convinced his fate was sealed during the war, cheating death on numerous occasions.

LATZMAN: “To have survived the attacks on Pearl Harbor and to have flown all those missions, did you ever feel like someone was looking out for you? I mean — that there’s a reason you got through all that.”

HOLDER: “I sure there must have been. I had a lot of help from up above, I’m sure. It comes to the point that the longer this exists, and you keep wondering every time you board that aircraft, you know could this be the last trip? And you think about those things, but you have to get aboard and go.”

As a civilian, Holder spent much of his post-war career flying corporate and commercial aircraft. He took up golf, made friends and got married.

But he was reticent to talk about his remarkable life, even to those closest to him, until only about a decade ago when he opened up to a young woman who was fascinated by his astounding tales of heroism.

After that, Holder made sure he spent the rest of his life telling his epic account to anyone who would listen, especially younger generations.

LATZMAN: “And how does it feel now, after 11 years of telling your story and being open about it, does it feel kind of cathartic to get it out there?"

HOLDER: “Oh, yeah. It feels wonderful. When I address these young kids in schools and see they enjoy it, it’s a great pleasure to me.”

Still active and fit, the Sun Lakes resident will celebrate his 100th birthday on Dec. 13.

LATZMAN: “You’re in good shape. You’re lucid. I know you’ve played golf — I don’t know if you’ve done it recently. But, what is the secret to doing this and being a survivor?”

HOLDER: “Remember Jack LaLanne? I kind of copied his routine. For many, many years, I took exercise as soon as I got up in the morning, 20 or 30 minutes of exercise. I went in to see my optometrist one day and when she walked in the office, she looked at me, looked at my chart, she says ‘OK, I wanna know how you do it.’ I said, 'well, a lot of hard exercise and two scotch and sodas every night.' She said ‘boy, I’m gonna have one tonight.’”

Before he marks his centennial with two more scotch and sodas, he’ll be off to Hawaii next month to be an honored guest at the commemoration of the 80th anniversary of the Pearl Harbor attacks. 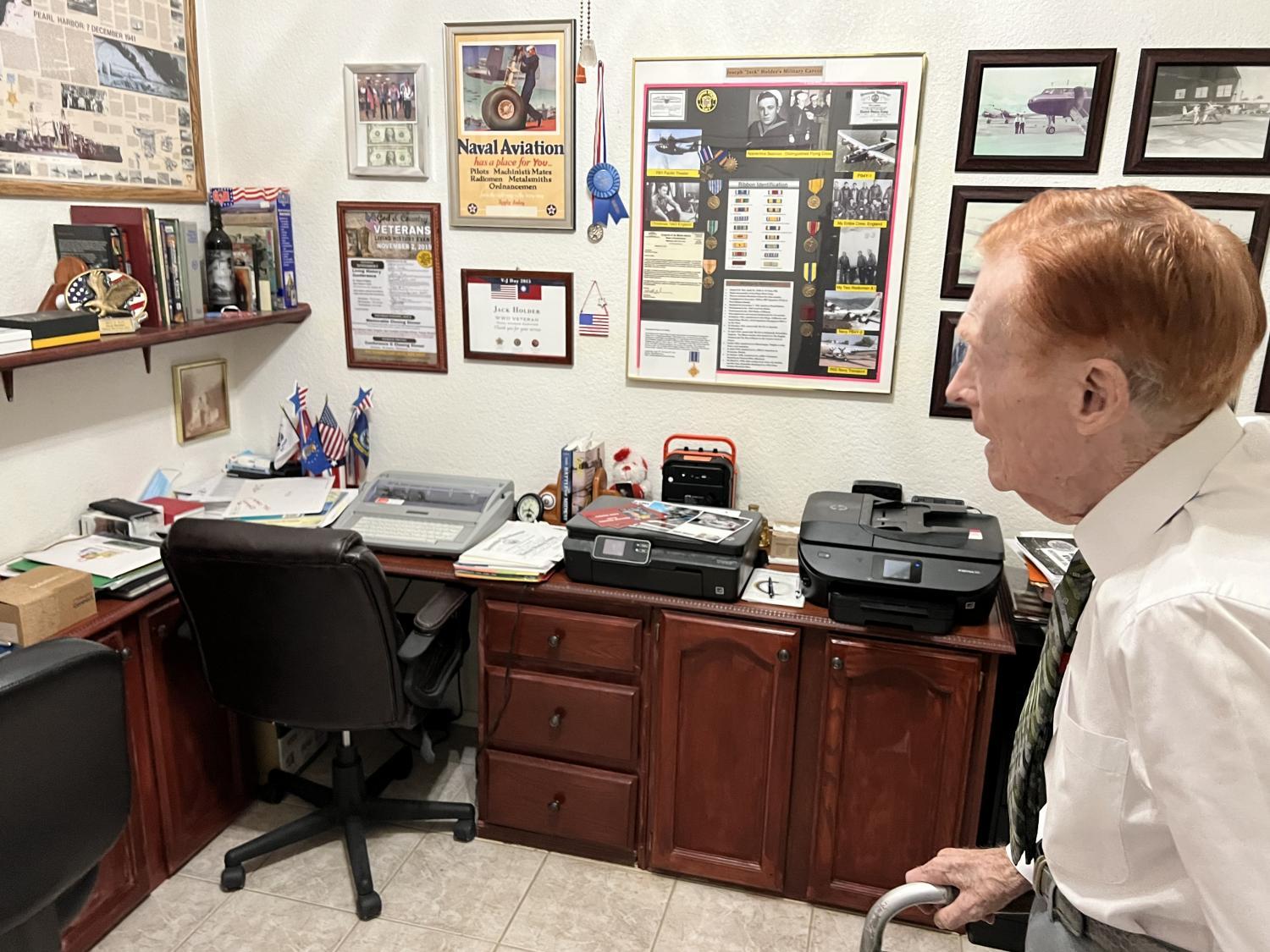 Phil Latzman/KJZZ
Jack Holder had been in Pearl Harbor six days short of one year when sirens blared on the morning of Dec. 7, 1941.