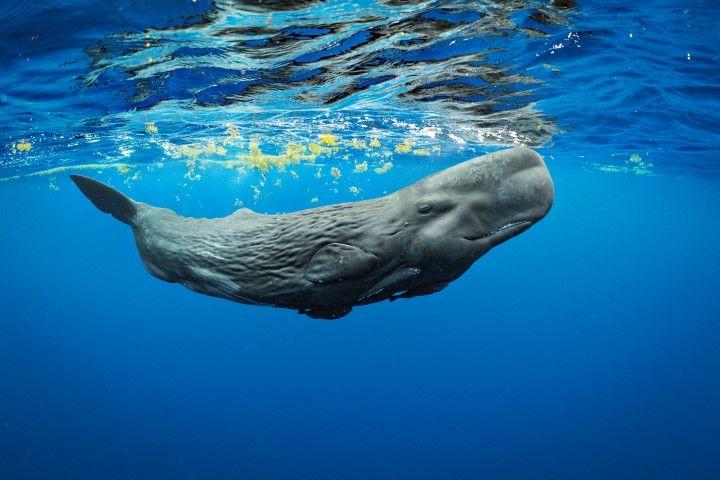 Brian Skerry
A sperm whale calf in the eastern Caribbean.

More than 70% of the Earth is covered by water, and many of us have enjoyed swimming or walking in the ocean or simply smelling or hearing it from the shore.

Fewer of us have actually gone into the depths and seen the most unique aquatic creatures, even from a distance. And even fewer have seen them up close, but that’s exactly what National Geographic explorer and photojournalist Brian Skerry has done for a living for four decades.

Skerry recently worked for years with director James Cameron on a television series about whales. And Nov. 3, he’s bringing his first-person experiences and stories to the Mesa Arts Center for a presentation called "Secrets of the Whales."

The Show spoke with him and asked why he became fascinated by whales.