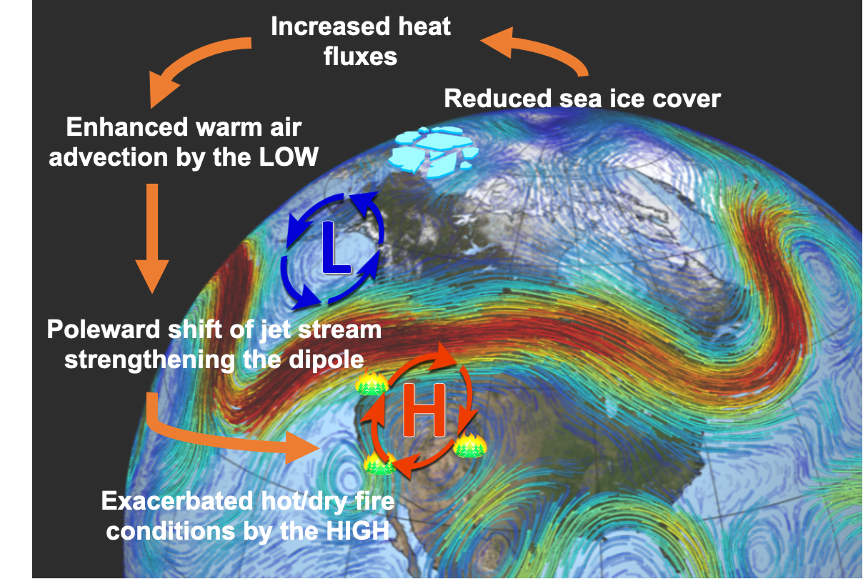 Wildfires in the American West have grown more frequent and severe over recent decades.

New research in the journal Nature Communications suggests changes in arctic sea ice might bear part of the blame.

By pairing more advanced computer models with observations and sensitivity experiments, the authors drew a stronger causal link between arctic conditions and wildfires in the western U.S. than was previously possible.

"We were able to get a mechanistic understanding of this teleconnection between decreasing arctic sea ice and the worsening regional fire weather over western U.S.," said co-author Hailong Wang of the Paciﬁc Northwest National Laboratory in Richland, Washington.

Wang and his colleagues found the effect was on par with that of the tropical El Niño Southern Oscillation, which also exerts an influence on regional wildfire conditions.

"If we believe the model predictions of ice-free by the midcentury, we will anticipate more dramatic changes in every aspect of the climate system, including the risks for wildfires, not just over western U.S. It could be anywhere else."