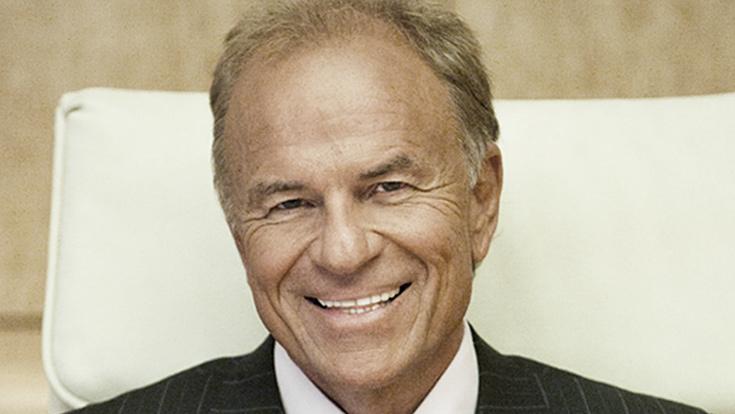 Former Arizona Attorney General Grant Woods died at the age of 67 on Saturday.

Woods served two terms as the state’s attorney general from 1991 to 1999, as well as chief of staff for former Sen. John McCain in the 1980s.

“Grant was the love of my life. My best friend,” his wife said. “My heart is broken. I just cannot believe he is gone. I can’t believe our time together is over. He was the best husband, the best father anyone could have wished for. I am so proud of the man he was, public servant, advocate for the everyday person, lover of music and stories and sports. He made me a better person. I can’t even fathom our lives without him. But we are strong, and a close family and we will work hard to honor his life.”

Woods was a member of the International Academy of Trial Lawyers, representing his status as one of the top 500 trial lawyers in the world.

He remained active in the political sphere after serving in office, endorsing both Hillary Clinton and Joe Biden in their respective elections and changing his political affiliation to Democrat in 2018.

Woods considered running for Senate in 2020 to fill McCain’s former seat, but decided to avoid campaigning against other Democrats.

He chaired the 2020 re-election campaign for then-Maricopa County Recorder Adrian Fontes, a Democrat.

And Fontes, who is now running for secretary of state, was looking forward to working with Woods on his campaign again.

“When I got into politics several years ago, he became a mentor to me. This is a big loss across the board. He was definitely a Renaissance man, and I think that’s why he was so authentic. You can’t fake a life like Grant Woods’," said Fontes.

Fontes says Woods was a “straight shooter,” and someone that he aspires to emulate.

Democrat Jennifer Longdon, the assistant minority leader in the House, says Woods was a principled politician who backed policies and candidates, not parties.

"I think the Grant Woods that Arizona needs to remember is a man of incredible integrity, who was the absolute epitome of a public servant," said London.

Cindy McCain, the wife of the late-Sen. McCain, said “Grant Woods was one of my best friends. My only comfort is knowing he is laughing and joking with John now and watching over all of us.”

Mesa Mayor John Giles was one of many public figures who viewed Woods as a mentor.

“He hired me as a law clerk because, like him, I was a Westwood graduate," Giles said. "He was proud of his Mesa roots. The Mesa Boys & Girls Club bears his name because of his generosity. I’ll remember him with great respect and gratitude.”

“My deepest sympathies go out to the family and loved ones of Grant Woods,” Ducey said. “He was well-known in the Arizona community for decades, including serving as Attorney General and a chief of staff to John McCain before moving on to private practice. Arizona honors his life and years of public service. Our thoughts and prayers are with his wife Marlene and five children.”