Tick-borne illnesses have spread into new areas over the past two decades. But expensive and limited surveys reveal only part of the picture.

Now, a citizen science project led by the Translational Genomics Research Institute (TGen), Northern Arizona University and Colorado State University, in partnership with the Bay Area Lyme Foundation, has found disease-carrying ticks in 116 counties missed by the Centers for Disease Control and Prevention.

For four years, volunteers across the country collected around 9,000 ticks capable of carrying Lyme disease, tick-borne relapsing fever, anaplasmosis and babesiosis and sent them to be tested. Such diseases hang around in wildlife hosts and jump to humans bitten by ticks that act as carriers.

The results, published in the journal mSphere, will update interactive maps available online.

Pima also contained blacklegged ticks (Ixodes scapularis), which generally occur east of the Rockies and likely were the result of travel-related exposure. Their western cousins (Ixodes pacificus) occurred in both counties, but were previously listed by the CDC only in Mohave County. 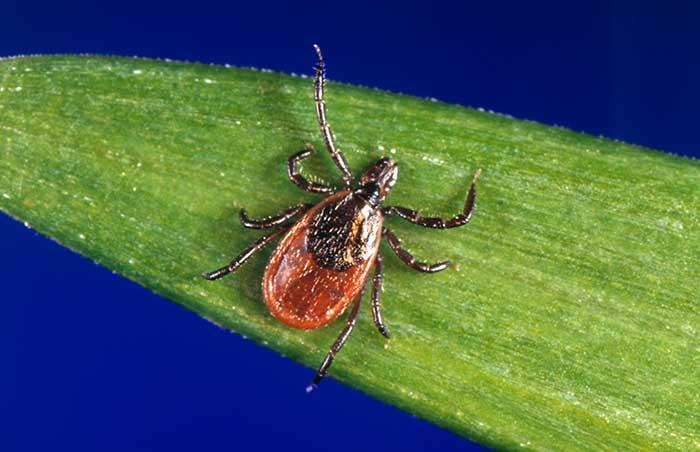 Although all three species can carry pathogens, none were found in the Arizona ticks tested.

Scientists doing field studies can produce high-resolution maps of disease reservoirs, tick distributions and pathogen prevalence, but their reach in space and time often is limited by logistics and funding.

Case reports of tick-borne diseases provide another data source, but they only reveal where the bite was reported, not where it occurred, and not all states have the same reporting requirements.

Although citizen science projects are limited by uneven  participation and confounded by the tendency of ticks to cling to people as they travel, they can help fill in the gaps left by scientific and epidemiological methods.

Aside from the 116 new counties identified, the citizen science-based collections mostly agreed with reported cases of Lyme disease and with the CDC map, and showed focal areas in the Northeast, upper Midwest and far-western U.S.

Of those counties where citizen science observations of blacklegged ticks differed from the CDC's, most lay near counties already known to host those ticks. Others (including those in Arizona) were located further away from known sources and likely reflected travel-related tick exposures.

Overall, the same patterns held true for observations of the western blacklegged tick.