'Indiscernibles in Arizona' anthology tells the stories of Black Arizonans 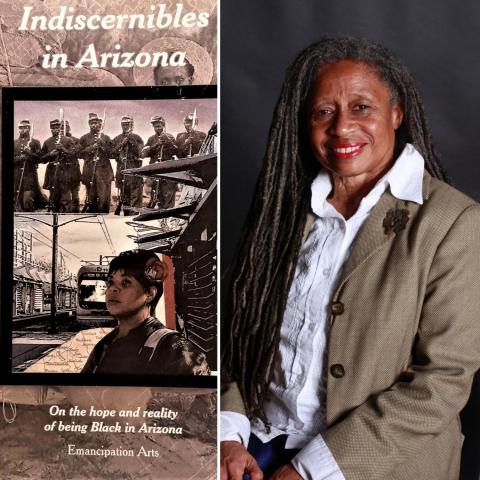 It’s part of an attempt to expand the story about “The Great Migration,” when millions of Black people left the South for the North, Midwest and West during the 20th century.

The anthology grew out of an art exhibit of the same name created by Clottee Hammons, creative director for Emancipation Arts in Phoenix.

Speaking on KJZZ’s Word podcast prior to its release, Hammons said, “If you watch stories on television and movies, we really don’t see Blacks in the West or specifically in Arizona and we’re pretty stigmatized.”

She added, “Black people in Arizona have never been thought of as migrants nor refugees, and therefore haven’t been given the respect afforded to others who adapted to life in the state.”

The anthology consists of personal stories solicited through a variety of mediums, including postcards, which Hammons handed out in the arts district in Phoenix.

“I think we need to do a better job of educating and putting truth out which is why I strive to do what I do. I’m constantly expanding the context of my Great Migration story,” said Hammons.

The project is a collaboration between Emancipation Arts, the Virginia G. Piper Center for Creative Writing at Arizona State University and the Heritage Square Foundation in Phoenix.