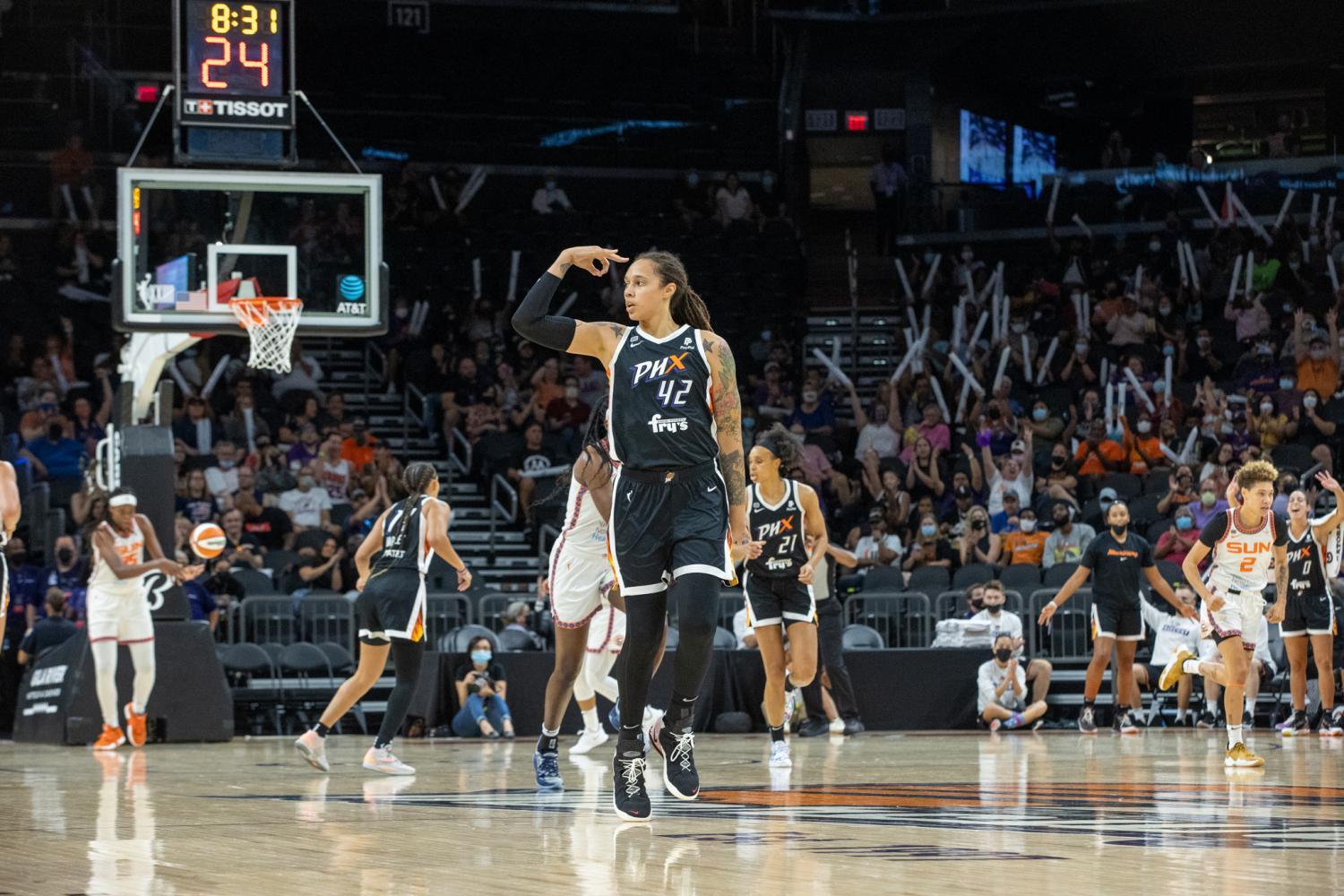 Brittney Griner dunked while scoring 29 points, Diana Taurasi had eight of her 20 points in overtime and the Phoenix Mercury evened the WNBA Finals with a 91-86 win over the Chicago Sky on Wednesday night in Game 2.

Griner kept the Mercury within reach of Chicago during a sluggish start and brought the Phoenix Suns players sitting courtside to their feet with her second career playoff dunk in the first quarter. She scored on a turnaround jumper to help give Phoenix a late four-point lead in regulation, but just missed blocking Courtney Vandersloot's tying layup with 4.4 seconds left.

“I mean BG was so big for us the whole game,” Taurasi said. “She’s just incredible. She kept us in the game when we weren’t playing well.”

Taurasi opened overtime with a four-point play and added a 3-pointer that put Phoenix up 89-86 with 1:24 left. She then came up with a huge defensive play, getting a steal with 36 seconds left.

Skylar Diggins-Smith, who had 13 points and 12 assists, sealed it on a layup with 12.8 seconds left.

“In overtime we let it rip,” Taurasi said. “We talked to each other and said it will be our best five minutes of basketball and it happened.”

Game 3 is Friday in Chicago.

Chicago overcame some early jitters and took advantage of the short-handed and fatigued to win Game 1 91-77. (Candace) Parker was a calming influence while scoring 16 points and Kahleah Copper scored 21 points.

Phoenix was without guards Kia Nurse (torn ACL) and Sophie Cunningham (calf), and had to play two days after clinching its semifinal series in Las Vegas.

The Mercury had more prep time and Cunningham back in the lineup after missing three games, but was disjointed early.

Chicago, one of the WNBA's top offensive teams, was at its free-flowing best, its crisp passing setting up open looks. The Sky knocked 'em down early, hitting 7 of their first 12 shots to take an early nine-point lead.

Phoenix went to Griner early and often. The 6-foot-9 center delivered with an early dunk after the Sky inexplicably left her alone in the lane, bringing the Suns players to their feet, and had 14 points by halftime.

Cunningham hit a pair of 3-pointers to bring the Mercury back from the early deficit and hit another after a wicked crossover to help Phoenix pull even at 40-all at halftime.

Chicago revved up its offense again to start the third quarter, building a seven-point lead. Phoenix countered by getting the ball back in to Griner to help the Mercury surge back into the lead in the fourth quarter.