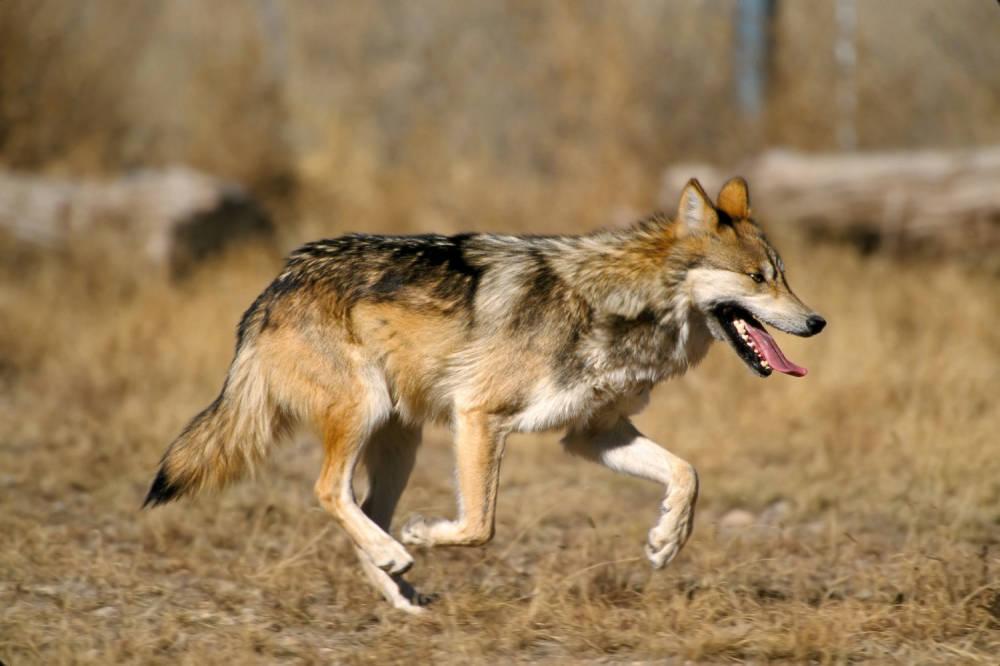 Recovery efforts for the Mexican gray wolves have been underway for several decades. The 2017 recovery plan document states that humans are a threat to the wolves' recovery. Cyrenea Piper is a wolf recovery biologist who works with Native American tribes to save Mexican gray wolves.

“The White Mountain Apache Tribe in Arizona is one of our recovery partners so we work very closely with them. Currently they’re the only tribe actively managing a portion of the wild population. Their game and fish department is responsible for monitoring and managing wolves on their tribal land," said Piper.

The U.S. Fish & Wildlife Service works with tribes in New Mexico and Arizona. Piper says for tribes that are not a part of the recovery partners, the service coordinates with them depending on wolf activity near or on tribal land. The service also provides updates about the program to the tribes who don't have a lot of wolf activity.

There is adequate habitat and prey available south of the interstate 40 boundary for recovery to be achieved. Therefore, Mexican gray wolves are making a great recovery. According to Piper, the population of Mexican gray wolves in U.S. grew in the fifth consecutive year in 2020. There has been a 14% growth since 2019, which brings the total number of wolves in the wild to 186.