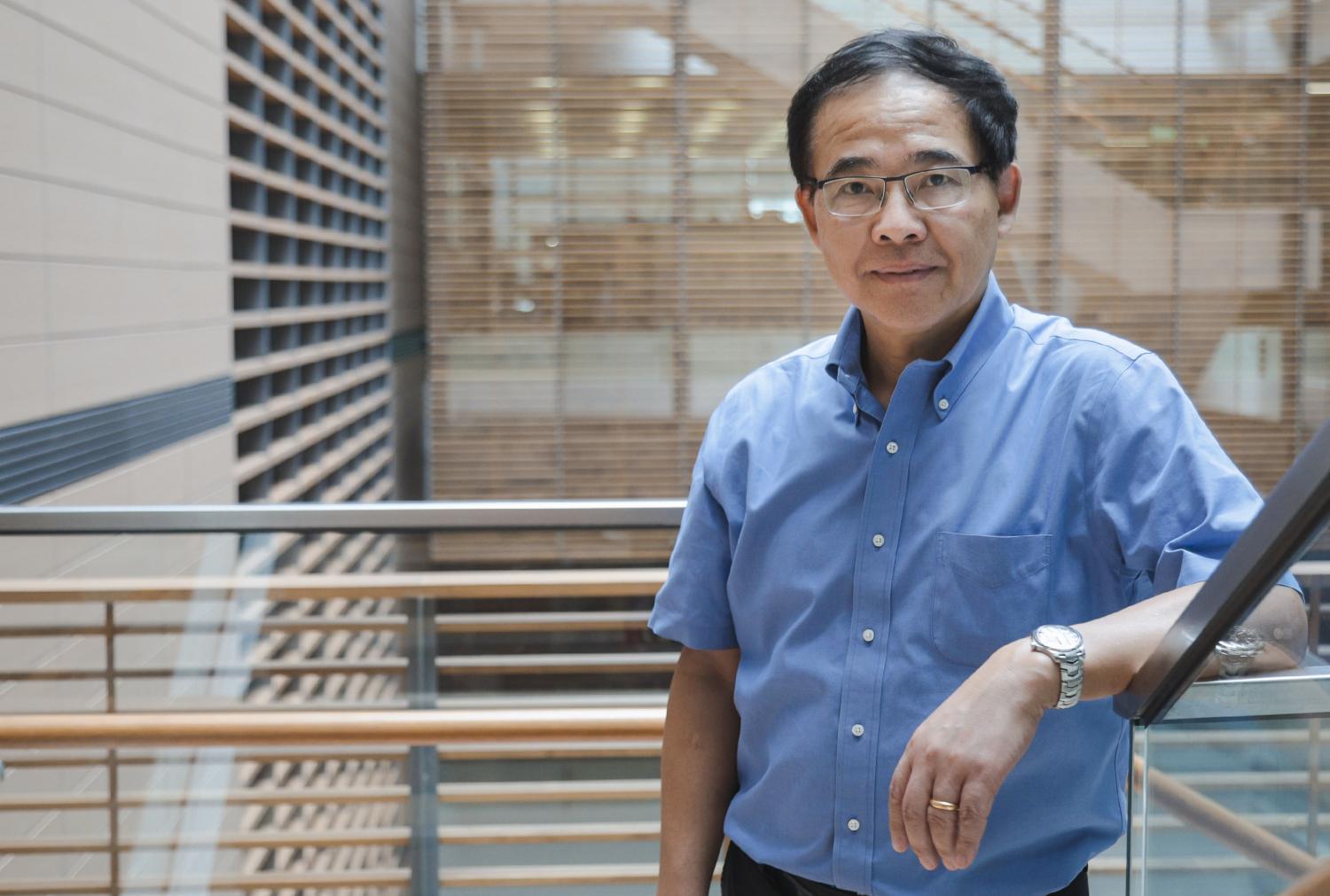 Michael Worobey of the University of Arizona Department of Ecology and Evolutionary Biology sees Mother Nature's hand in SARS-CoV-2's family resemblance to the first SARS pandemic.

Beatriz Verdugo/UANews
Michael Worobey leads the UA Department of Ecology and Evolutionary Biology. His research into viral genomes has helped explain the origins and spread of HIV and the 1918 influenza pandemic.

"The more we know about what happened with people working at the Wuhan Institute of Virology — the actual viruses that they had in their lab — and the more we find out about the natural cousins of this virus in bats, the more convinced I am that this was a SARS-1-like natural transmission," he said.

The 2003 pandemic began in bats and spread to humans through palm civets and raccoon dogs — animals also sold by the Wuhan market where COVID-19's story began.

"And lo and behold, if you look at the early cases of this virus, the preponderance of them are linked to one single market — a tiny fraction of a city of 11 million people," he said.

It took 14 years for scientists to identify the first SARS's source: a bat population found by Shi Zhengli and a team from the Wuhan Institute of Virology (WIV). Zhengli and the institute now occupy center stage in the drama surrounding COVID-19's origins.

Linfa Wang, professor in the Emerging Infectious Diseases Program at Duke-NUS Medical School, Singapore, has worked with WIV for many years. Like Worobey and others, he too believes the Wuhan market played a key role. But since symptomless people can spread the virus, and since models suggest it circulated silently for months before discovery, he questions what people mean by "origin." 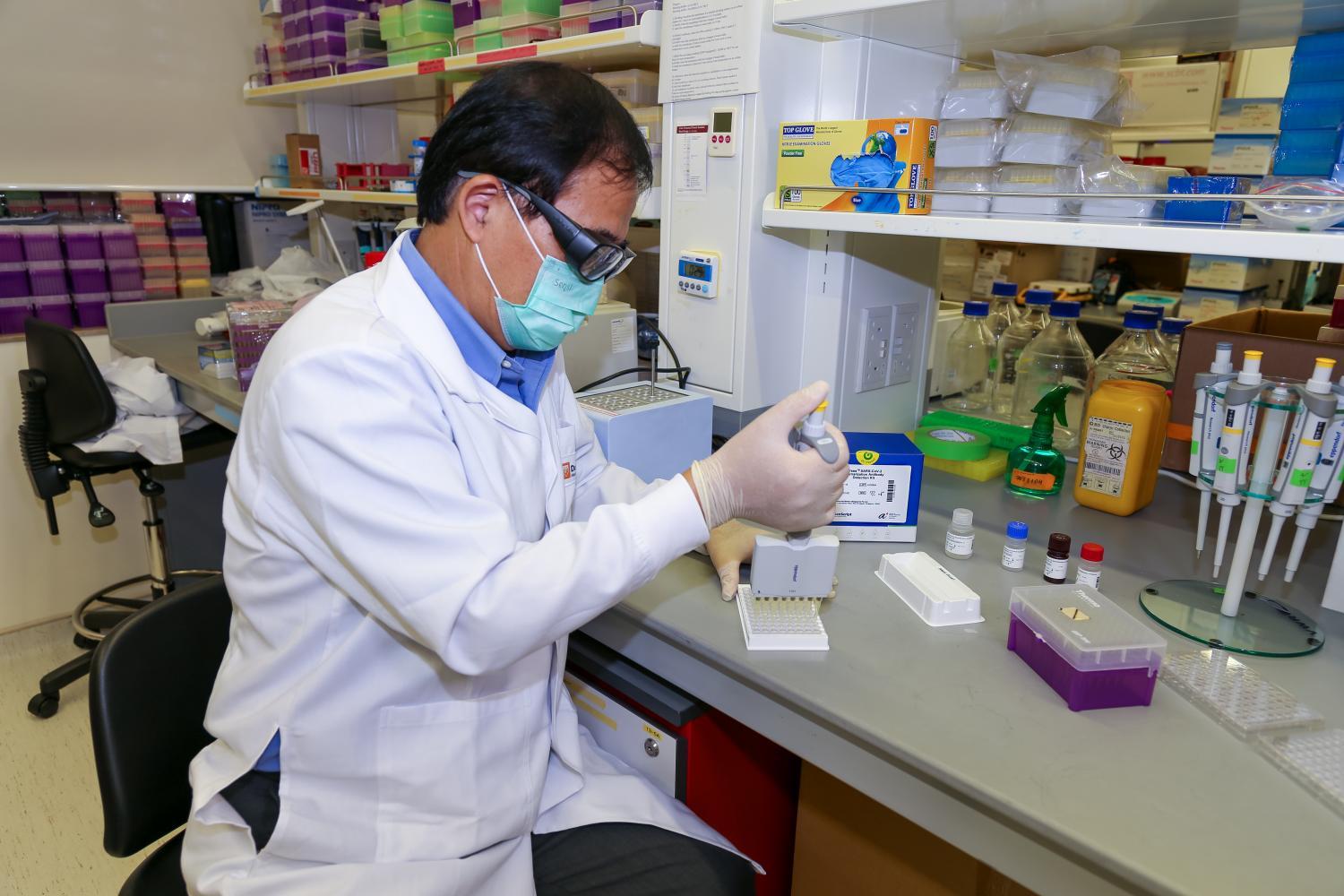 "Are we discussing an engineered virus? Or are we discussing a live virus that somebody isolated, and it leaked? Or we're discussing the very, very remote but possible cases of people sampling a cave and brought the virus back to the lab?" said Wang.

Chan says there's not enough evidence to confirm a lab origin, but adds that human interest and error provide plenty of precedent for the possibility.

"There were many scientists very interested in studying very diverse SARS viruses. And a lot of this work was done at low biosafety levels. BSL-2 cannot protect you from being infected by an airborne virus," she said.

WIV has a Biosafety 4 rating, but cables from the U.S. Embassy in Beijing in 2018, reported by the Washington Post, raised concerns the lab couldn't maintain that safety standard. That's of little consequence as long as China refuses to release data on market animals, human samples and contact tracing.

"There's so many things that we have no access to, and we should be pushing for access to those data," said Chan.

The lab notion got a shot in the arm last month when a rejected 2018 proposal submitted to the Defense Advanced Research Projects Agency (DARPA) came to light. Project DEFUSE involved a plan to insert amino acids into cloned SARS-related coronaviruses from bats to create a furin cleavage site (FCS). 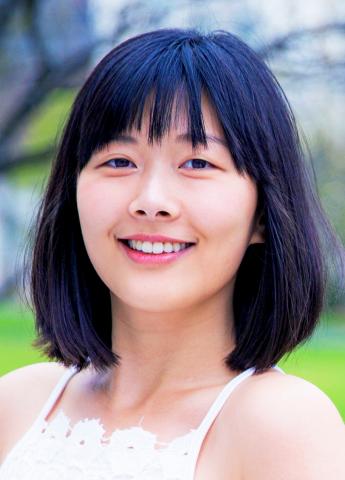 Alina Chan
Alina Chan is co-author of "Viral: The Search for the Origin of COVID-19."

FCSs are part of what makes SARS-CoV-2 so transmissible and infectious. Worobey compared the coronavirus's spike protein to Velcro that sticks the virus to the cell and described the FCS as the hair trigger that sets it loose once it gets inside.

"That's the magic sauce of this virus. Whether it's natural or genetically modified, that is why this virus is circulating in humans and all of those other thousands of viruses that cross into people are not," he said.

Because experts believe most SARS coronaviruses don't have FCSs, some observers see the DARPA pitch as proof that someone equipped SARS-CoV-2 with its most dangerous weapon.

The proposal was led by EcoHealth Alliance, a New York-based nonprofit that researches the risks of animal viruses around the world cross-infecting humans. It included Linfa Wang and WIV's Shi Zhengli, along with representatives from University of North Carolina, U.S. Geological Survey and Palo Alto Research Center.

Wang, who was listed in a leadership role, thinks the proposal less a smoking gun than a damp squib.

"I'm not against the idea of, we can artificially insert a furin cleavage site in a coronavirus. Of course you can. But what I'm trying to argue is that nature always wins—can do much better than us," he said.

Worobey, too, has his doubts.

His reasons stem from another recent report that has somewhat complicated the picture: The discovery of three bat viruses in Laos that more closely resemble SARS-CoV-2 than any viruses found thus far.

These bat bugs don't bear too close of a family likeness — they're more like ancestors than parents or even cousins — but they do sport a feature akin to an FCS. That suggests the present virus needed no human aid to evolve one.

"If genetic modification of this virus did occur, the people doing it would have had to have used a sequence of nucleotides sliced into the genome that happened to be almost exactly the same as the ones that we see in these viruses from Laos," said Worobey.

Worobey also questioned why anyone seeking to insert a FCS would bother repurposing such a suboptimal pattern as the one found in the Laotian bats.

"To me, it's just not plausible that this sequence that you find that in bats naturally—just a slight tweak on that was what would have been inserted into this genome. It actually makes no sense," he said.

As for the bats from which SARS-CoV-2 likely originated, how they or their germs got to Wuhan remains an open question.

Jesse Bloom of the Fred Hutchinson Cancer Research Center in Seattle says bats with viruses akin to SARS-CoV-2 don't live in or near Wuhan. Nevertheless, labs conducting large-scale bat research might source their animal models from far and wide. 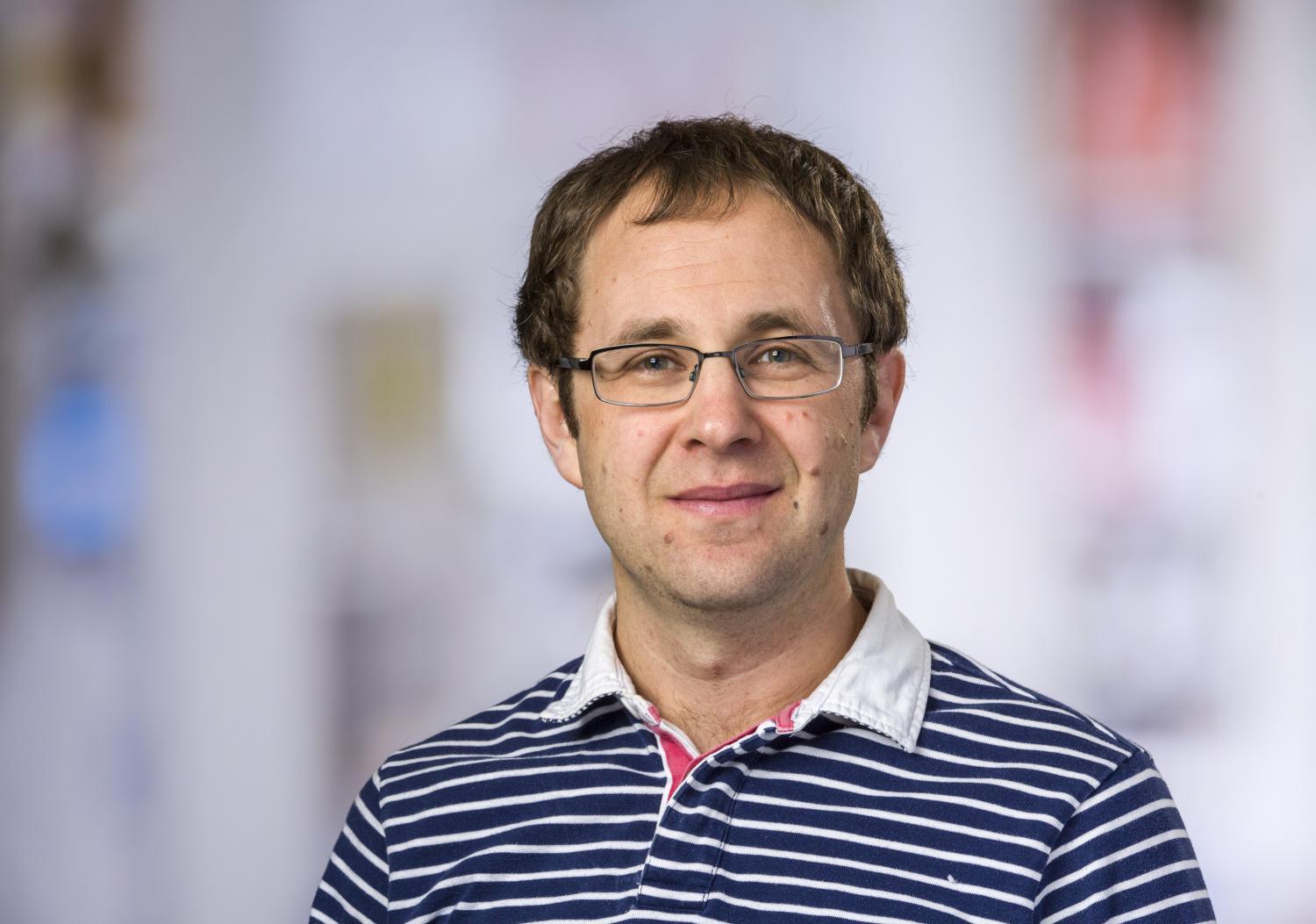 "This is why I continue to think a lab leak is highly plausible. There was a large scale effort to collect," he said, adding, "I think the plausible ways this virus could come from a lab have to do with the lab collecting SARS-related coronaviruses that they think are going to have the potential to jump to humans."

Worobey said it's not that simple.

"These horseshoe bats that carry these viruses, there's been a lot of work on them in Southern China, as Jesse mentioned. But they do also circulate or live in huge numbers in Hubei Province," he said, referring to Wuhan's surrounding area.

"So it's not implausible that it would get from a bat to a farm creating raccoon dogs and then on to humans through a market."

Worobey agreed it was "conceivable" the virus made it to Wuhan via someone performing SARS-related research in bats. He just doesn't think it's likely.

"There are just so many more opportunities for non-research-connected activity to bring these viruses. And then again, you face this fundamental issue of, if it started with research, why does it look like it actually started at one of these markets selling these animals that were implicated in the first SARS?" he said. 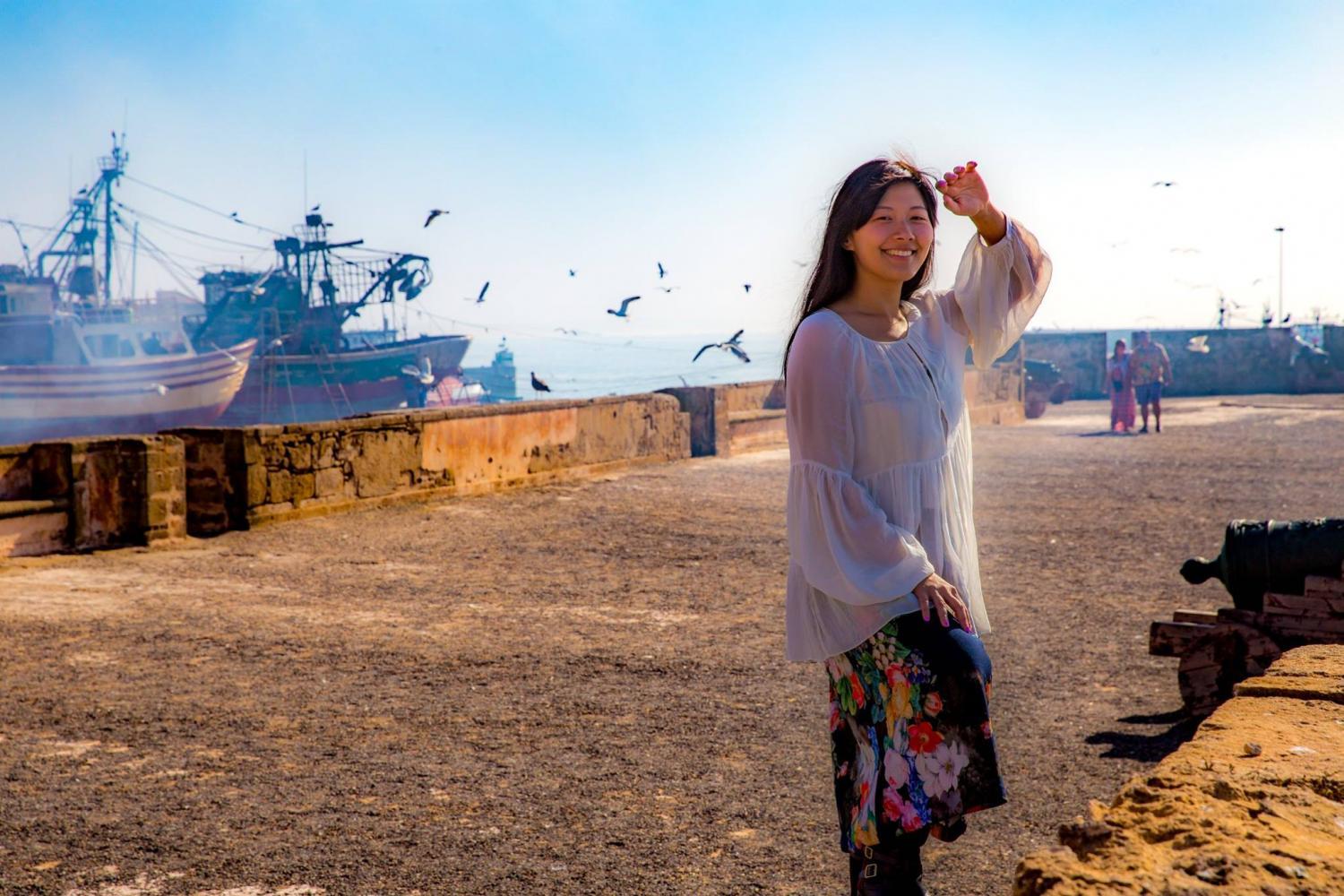 Alina Chan
Alina Chan, a postdoctoral fellow at the Broad Institute in Cambridge, Massachusetts, drew flak from senior virologists and from China when she noted the virus seemed “pre-adapted” to flourish in humans.

The goad of the gaps

Meanwhile, unproven assertions about lab origins can do harm.

In May, Worobey co-authored an open letter in Science calling for further investigation into COVID-19's origins. The letter said works should be "transparent, objective, data-driven, inclusive of broad expertise, subject to independent oversight and responsibly managed," and should include further expeditions and greater access to samples and raw data.

"And now, the lab leak idea is actually getting much more press interest and coverage. And to me, it's just out of balance with what the science is saying."

Meanwhile, a lack of data and transparency continue to hinder efforts to understand the virus's origins.

"Where we are today is that there's no dispositive evidence for either natural or lab scenario," said Chan.

She added that, whatever the source, we need to design more effective mitigation strategies, whether that means better regulating research or wildlife trade—or both.

"We just want to find out how it happened, so we can stop it from happening again. We can't have a pandemic like this every five to 10 years and not know where it came from," she said.

Until more data are forthcoming, opinions about whether SARS-CoV-2 sprouted naturally, leaked from a lab or resulted from an unfortunate mix of both will depend on the picture people see in a half-finished puzzle.