With a short bench and little rest, Mercury lose Game 1 of the WNBA Finals 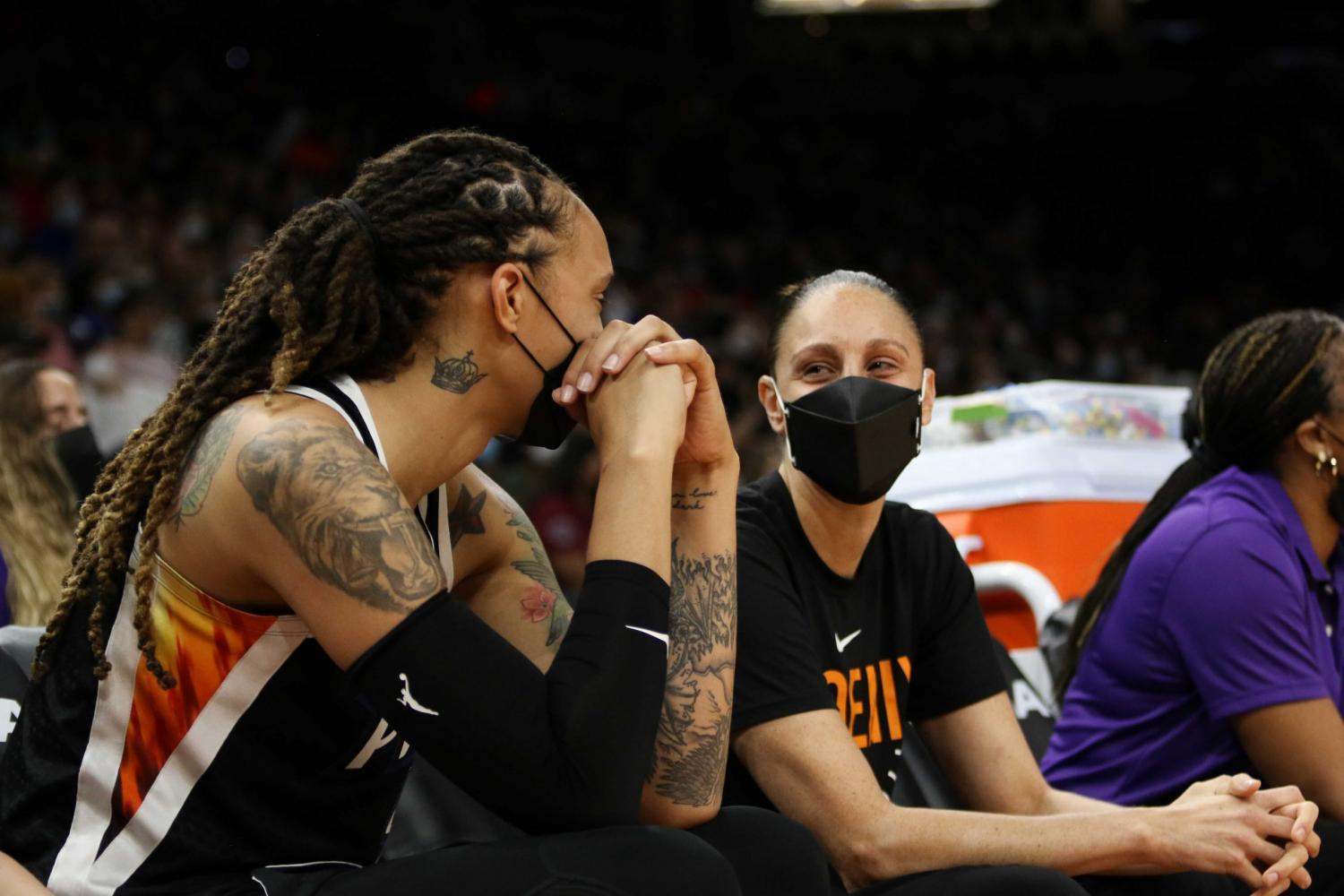 The Chicago Sky had the talent to make deep runs into the WNBA playoffs the past few years, yet lacked the missing piece to reach the WNBA Finals.

Candace Parker's decision to return home to Chicago filled the hole in the Sky, giving them the calming veteran presence they had needed.

Parker calmed Chicago after a shaky start and scored 16 points, lifting the Sky to a 91-77 win over the tired Phoenix Mercury in Game 1 of the WNBA Finals on Sunday.

The Mercury played without guards Kia Nurse (torn ACL) and Sophie Cunningham (left calf strain). They also had a short turnaround after clinching the semifinals Friday in Las Vegas while the Sky had three days off after taking down Connecticut.

The lack of depth and rest hurt the Mercury against one of the WNBA’s best offensive teams, leaving them a step behind most of the game after a good start.

Brittney Griner had 20 points and Diana Taurasi 17 for the Mercury, who pulled within eight late before running out of steam and time.

“I don’t want to make excuses, but we were fatigued,” Mercury coach Sandy Brondello said. “If you’re not physically tired, then when you get mentally tired, the execution wasn’t really there where we needed it to be on both ends of the floor."

“Everybody had first-game jitters except Candace,” Copper said. “She was that calmness for us.”

Those jitters put the Sky into an early hole as they clanged shots and were slow on defensive rotations. Calmed by the words of Parker and coach James Wade, Chicago took control with a 21-2 run spanning halftime to go up 17.

Chicago kept up the pace from there, shooting 53% from the floor and making all 11 of its free throws.

Kahleah Copper led the Sky with 21 points and Allie Quigley added 18. Courtney Vandersloot was the offensive orchestrator, finishing with 12 points, 11 assists and no turnovers.

Parker held it all together while hitting 7 of 10 shots and grabbing eight rebounds to give Chicago home-court advantage in the best-of-five series.

Game 2 is Wednesday in Phoenix.

The 2021 WNBA Finals is the first for both franchises since the Mercury swept the Sky in 2014.

It's also a showdown between two of the sport's all-time greats still at the top of their games.

A three-time WNBA champion and the league's all-time leading scorer, the 39-year-old Taurasi took over down the stretch of Game 5 against Las Vegas, scoring 14 of her 24 points in the fourth quarter. She was voted the greatest player in the WNBA's 25-history by the fans in ceremony before Game 1 of the finals.

Parker, a two-time league MVP, returned home to Chicago this season after playing her first 13 seasons in Los Angeles and has been a key reason the Sky reached the finals, finishing with 17 points, nine rebounds and seven assists in the clinching game against Connecticut in the semifinals. The 35-year-old was honored with several other players as one of the WNBA's 25 greatest players during a ceremony after the first quarter of Game 1.

Parker led the Sky back from a shaky start, scoring 11 first-half points while keying a late second quarter 17-0 run that put Chicago up 46-35 at halftime.

Chicago stretched the lead to 17 in the third quarter before Phoenix went on a 10-2 run to pull within 52-45.

That's as close as the Mercury would get.

The Sky continued to drop in shots, pushing the lead to 86-66 midway through the fourth quarter before withstanding a late run by Phoenix's reserves.

Big weekend for the GOAT

Taurasi had quite a weekend.

After leading the Mercury to a series-clinching road win over Las Vegas Friday night, she got home in time for the birth of her daughter with wife and former teammate Penny Taylor. Taurasi then had a day to get ready for the finals and was named the WNBA's GOAT before Game 1.

“It’s been a pretty eventful last two days,” she said. “What we got done in Vegas was no easy feat. That was a very difficult game that we found ourselves winning and then obviously flying home and getting the best win ever, a healthy daughter and a healthy wife.”

For more on the Mercury and their chances in the Finals, The Show spoke to Cassandra Negley, who coves the WNBA for Yahoo! Sports.