Climate change affects just about everything, even birds of prey 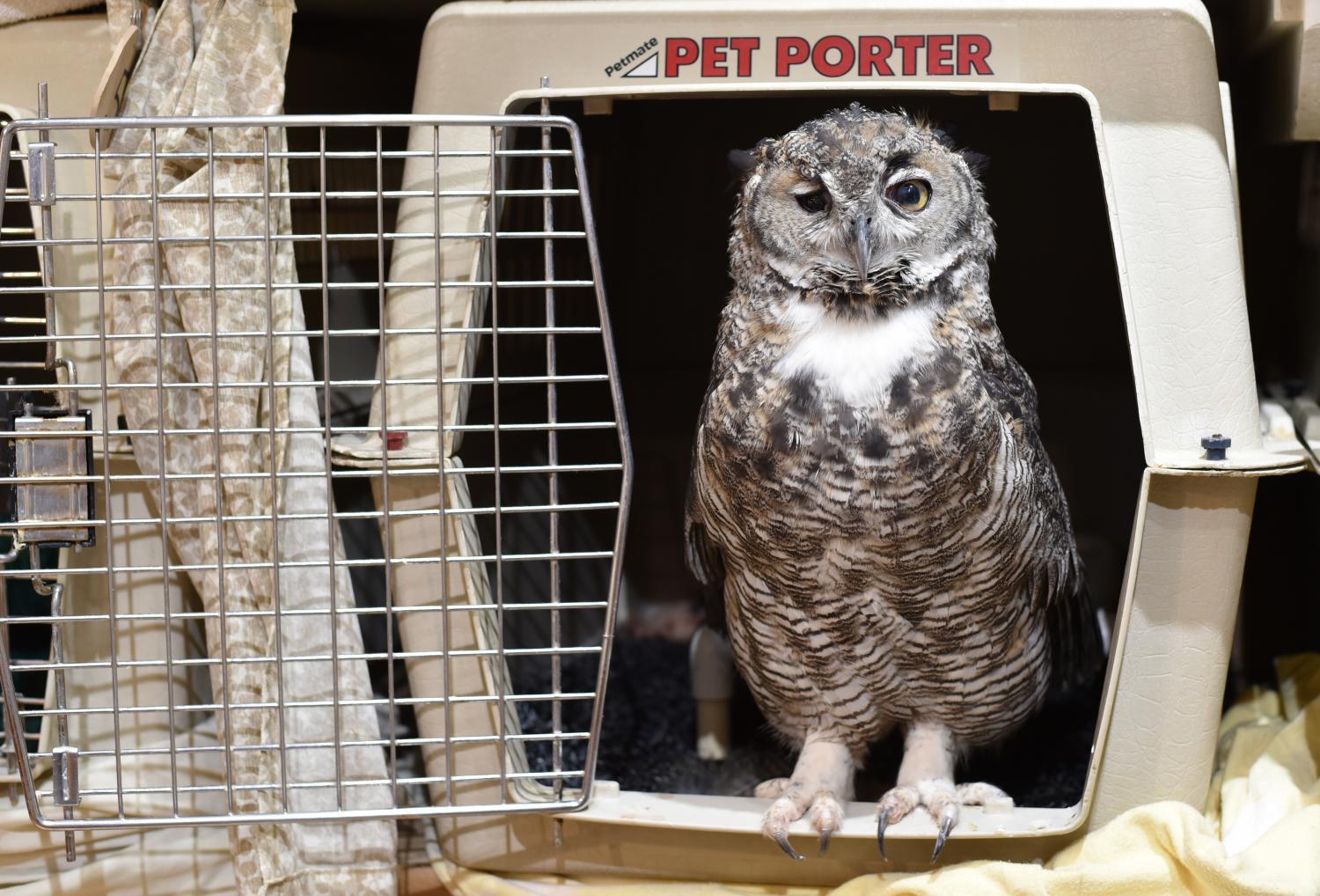 When the birds arrive they’re in pretty bad shape. Many are casualties of drought, arriving in late spring or early summer, when temperatures rise and waterholes go dry. The drought has been hard on Arizona’s raptors, and this year was no exception.

Drought has brought Arizona’s largest reservoirs to historic lows, and the state’s wildfires are getting bigger and hotter. The falling reservoirs and giant smoke plumes are large-scale indicators of what climate change might look like in Arizona. But climate change can ripple through smaller parts of the ecosystem as well.

But it’s not just drought, says Kenneth Jacobson of the Arizona Game and Fish Department. It’s the hotter temperatures. A crowded bird’s nest can get uncomfortable in triple-digit heat.

So they jump. Before they’re ready to fly. Or feed themselves.

“On the positive side they generally have enough feathers that they’re able to flap and kind of glide to the ground instead of hitting the ground and sustaining any injuries,” Jacobson said. 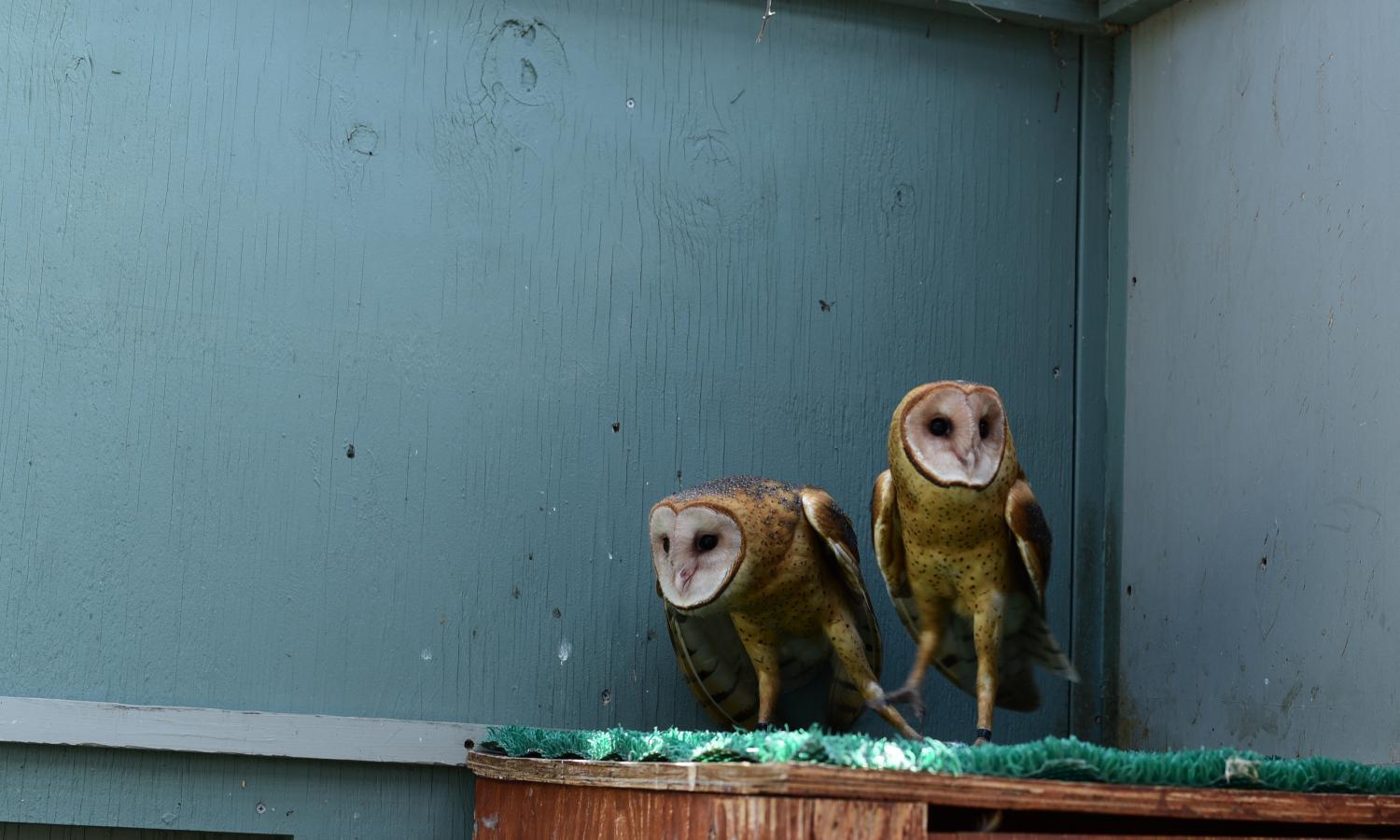 Getting water from prey

Arizona’s raptors get much of their water from prey animals, said Bob Fox, a co-founder of Wild at Heart, a raptor rescue in Cave Creek.

“The drought really affects us because if there’s no water out it cuts down the number of prey animals available,” Fox said. “So it’s a very bad cycle. So if a young bird comes out of the nest and is not able to hunt, because of lack of prey, they get weak, they’re down, and they’re brought in here.”

It’s not that just drought that sends these birds to rehabilitation centers like this one. They are brought in when they run into power lines, when they are hit by cars, or poisoned, or shot, or when a developer starts to clear land. The young are fed, cared for and put in flight pens, where they build up strength.

A converted garage at the shelter serves as a treatment area. When the birds are stable they are moved to outside aviaries, where older birds recover and young birds learn to fly.

“Then we provide live rodents where they can start to learn the process of actually hunting,” Fox said.

A raptor will eat hundreds, even thousands, of rats or mice in a lifetime.

“It is instinctive but like anything else it takes skill and practice. So we want to make sure they are very able to succeed in the wild, you know give them the best chance possible,” Fox said. 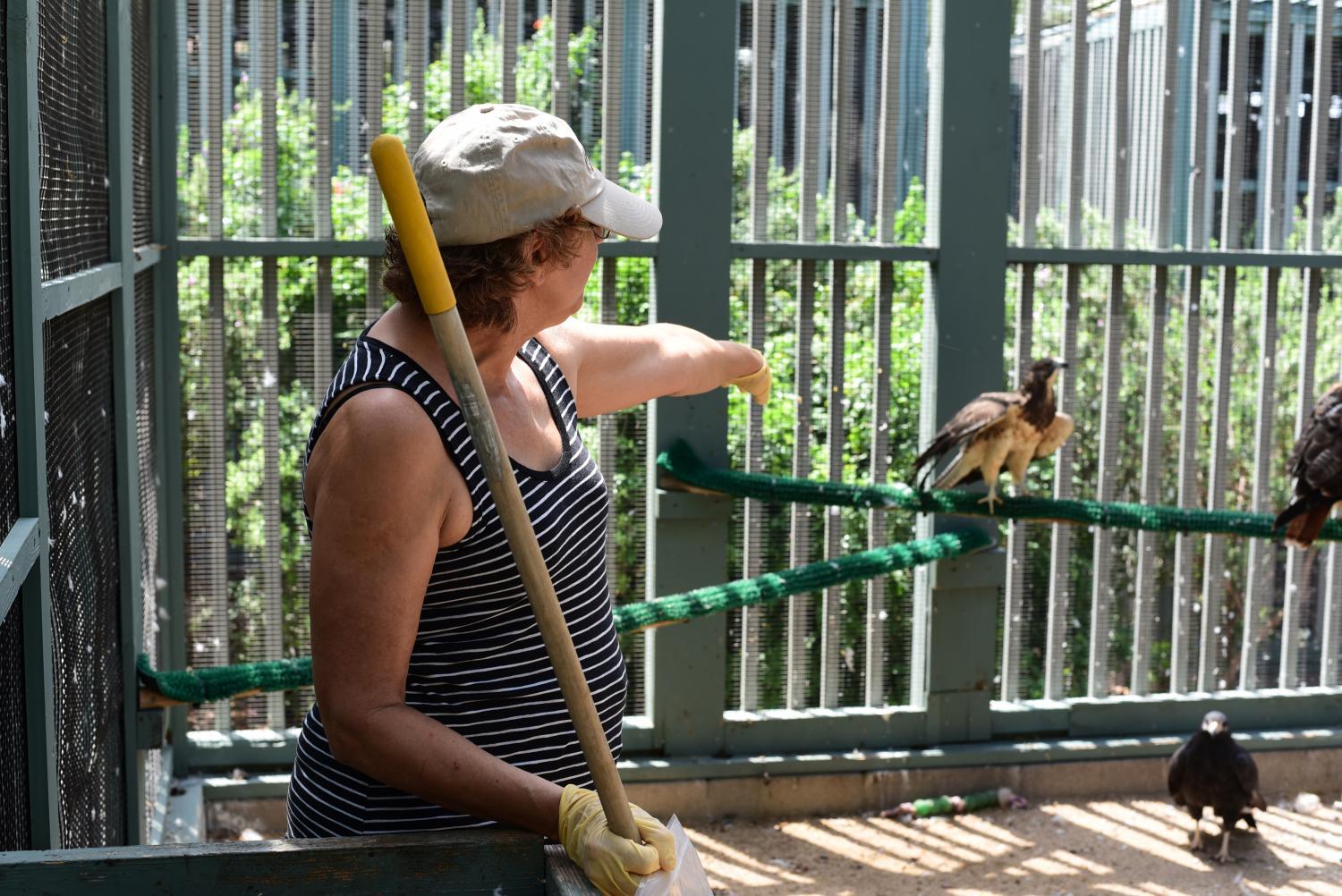 Rats and mice are placed in the aviaries, where the birds can get them. Beth Edwards takes me on a tour.

“Once they’re consistently hunting, killing, eating all the mice that we give them over several days during a two-week period … then we know they’re safe to release,” Edwards said.

It’s too hot to release the birds near Phoenix in the summer. The rescue had about a dozen barred owls ready to fly on their own. And about a dozen Harris hawks. One of the aviaries had several burrowing owls.

The owls are often pushed out of their homes by development. In a typical year they rescue a couple hundred. The owls can be safely transferred, but it’s a time-consuming process. Many developers have worked with Wild at Heart, and call when they find the owls, which can live next developments under the right conditions.

“So the relocation program is very successful, but there’s more and more land that’s being developed. These guys are getting squeezed out,” Edwards said.

The grocery bill for all these birds is high. 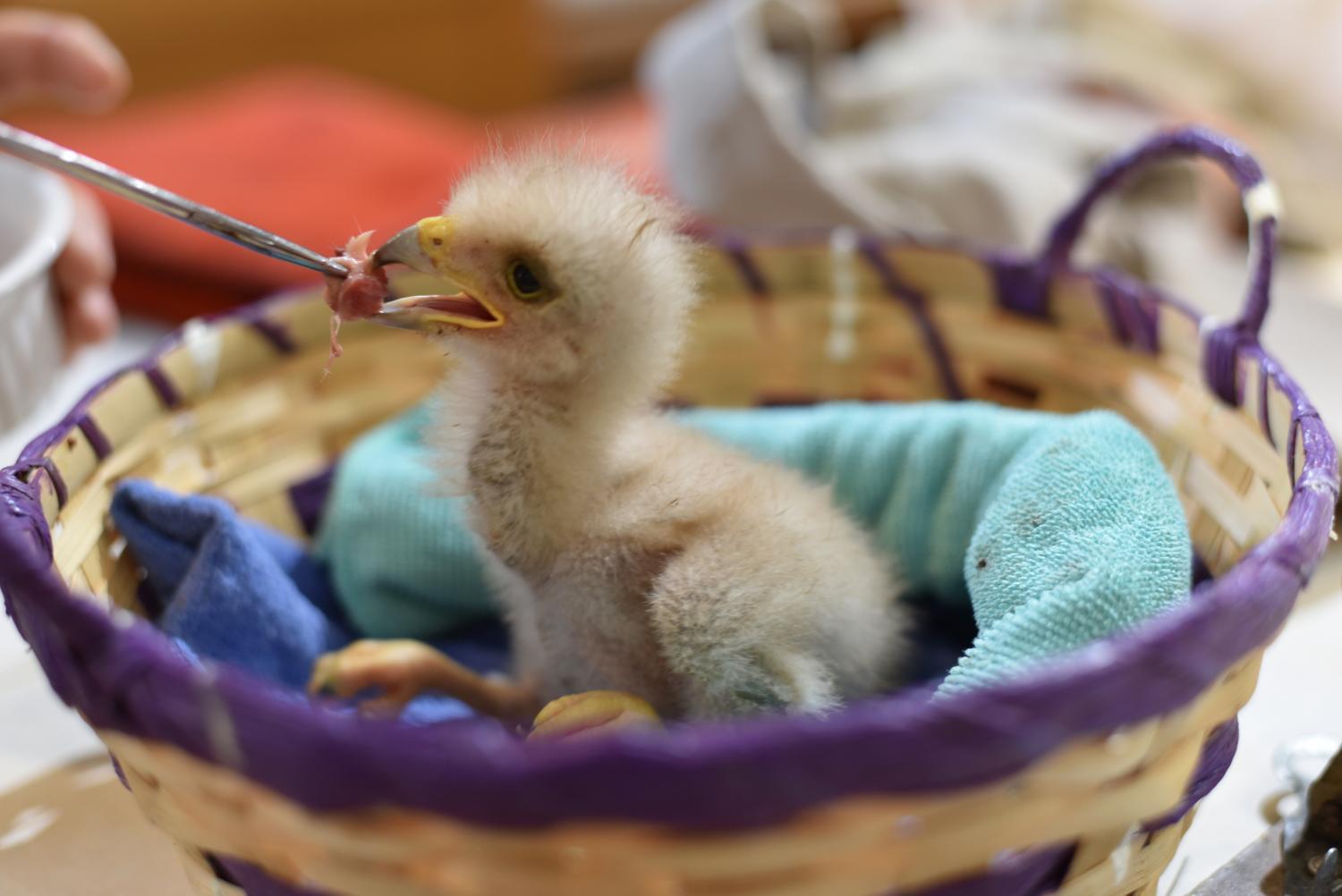 Most of the money comes from donations. Much of the work is done by volunteers. For volunteer Steve Thomas, it’s a labor of love.

“You know you see them soaring, and diving and, just the fact that they can fly is just something that man, I think, has always wanted to do,” Thomas said.

The drought has been hard on the birds, but many can be saved.

“We just like giving them another chance at being able to live their life in the wild if we can,” Thomas said.

Autumn is here, and Wild at Heart had dozens of birds ready for release when I toured the facility. Some of them have already been released. That will make room for more birds. And if the hotter, drier conditions persist, more will come. 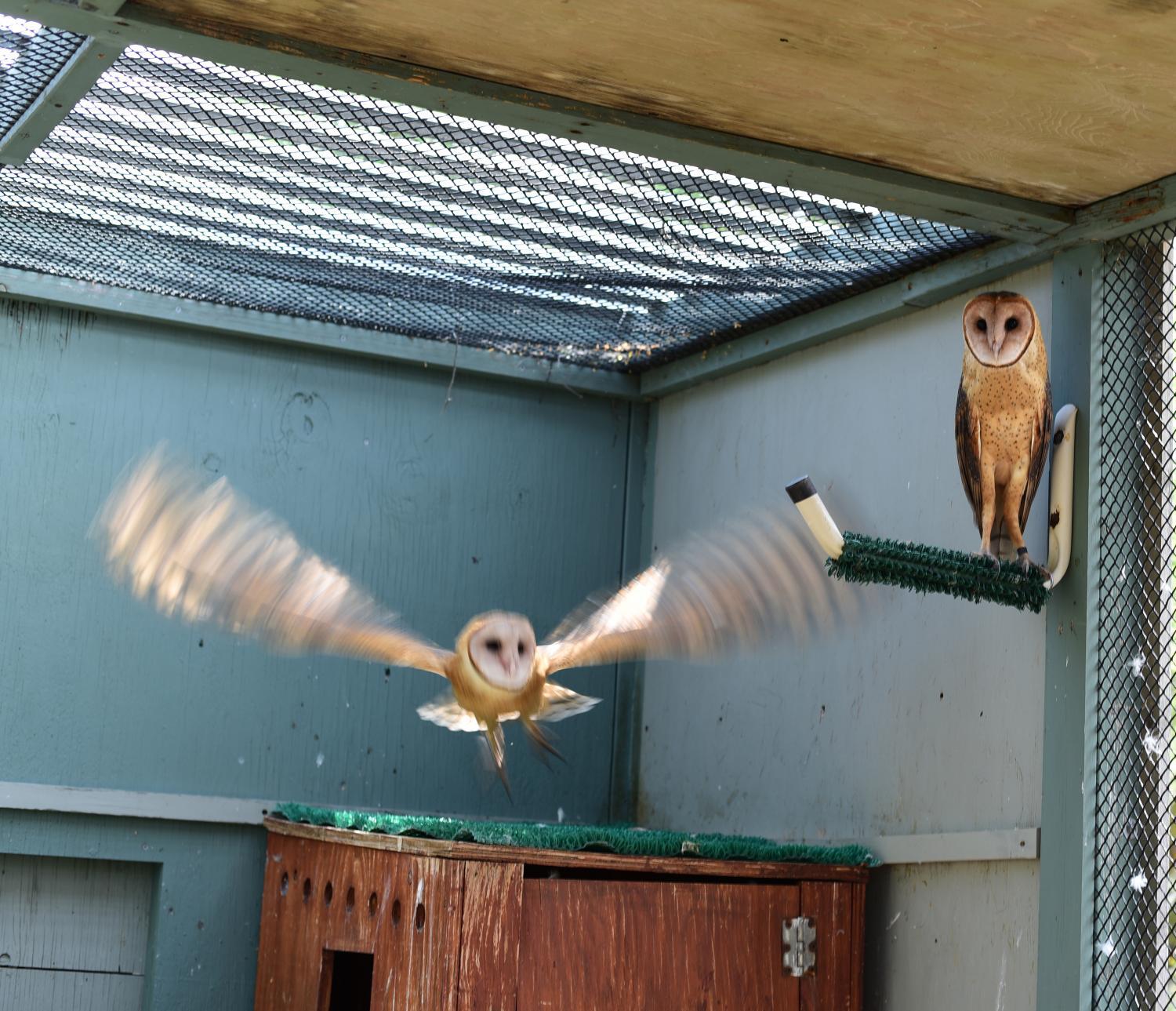