Arizona hospitals saw big profits in 2020, but officials say it's only a partial picture 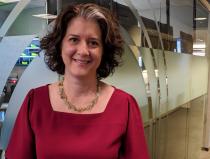 Arizona hospitals saw their net operating profits for last year increase about 35%, to $1.5 billion. And nearly three-quarters of hospitals in the state had a positive operating margin.

The biggest reason for this might be based on standardized payments based on diagnosis-related groups.

Hospitals were able to require a surcharge due to the belief there would be a certain amount of care required for patients.

And there was a higher rate of young people being treated in hospitals. This meant their private insurances were often paying more than people covered by Medicare.

Professor of economics at the W.P. Carey School of Business at Arizona State University, Marjorie Baldwin says this allowed some hospitals to pocket some money.

“But some COVID patients might not require ICU care or the intense care that the subsidy was designed to cover. And so hospitals could make a profit on those patients because of the extra payment coming in.”

While some hospitals saw a loss, overall numbers from the review show total profits topped $1.5 billion.

To learn what the numbers mean, both now and into the future, The Show spoke with Ann-Marie Alameddin, president and CEO of the Arizona Hospital and Healthcare Association.