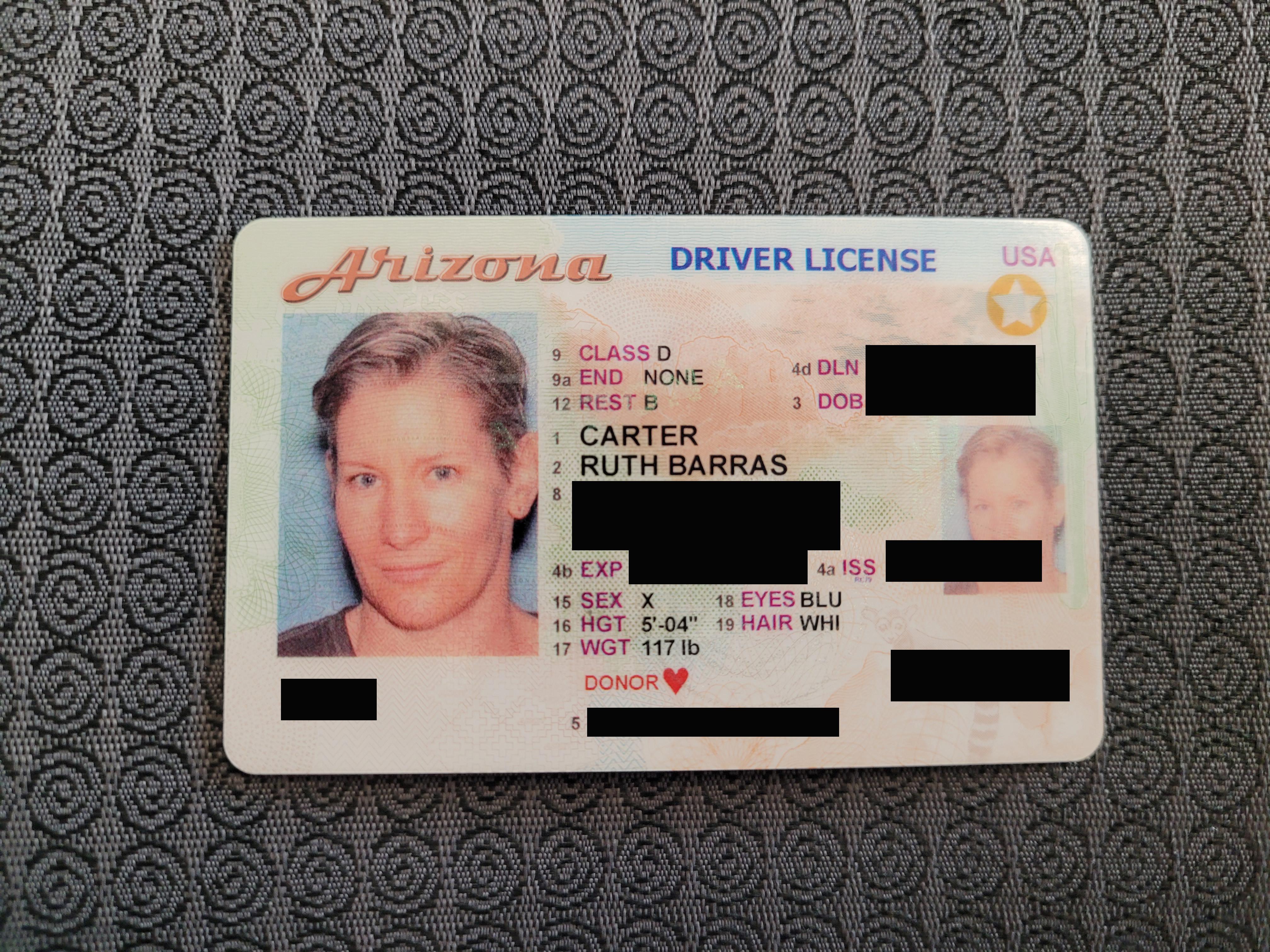 Some nonbinary Arizonans are now able to get a driver's license here that accurately reflects their gender.

About two years ago, The Show's Mark Brodie tagged along with Ruth Carter as they tried to get an Arizona Travel ID that said nonbinary at a third-party vendor. This came after Carter was unable to get one at an MVD office.

"I presented my documents. The only one that had gender on it was my birth certificate, which said nonbinary," Carter said. "I filled out the forms, paid my money, and the clerk said, ‘We can’t do it.’ Because, they said, the computer says that you only can put in M or F in for sex, and if you put in anything else, it kicks back an error. So, they can’t issue me a Travel ID that matches my documents."

But that appears to have changed.

The state Department of Transportation said that as of last October, the state’s Motor Vehicle Division will now issue driver's licenses and IDs with gender identified as “X” for nonbinary residents when that individual provides a government-issued document indicating a gender other than male or female.

And that’s exactly what Carter did.

The Show spoke with them for an update.