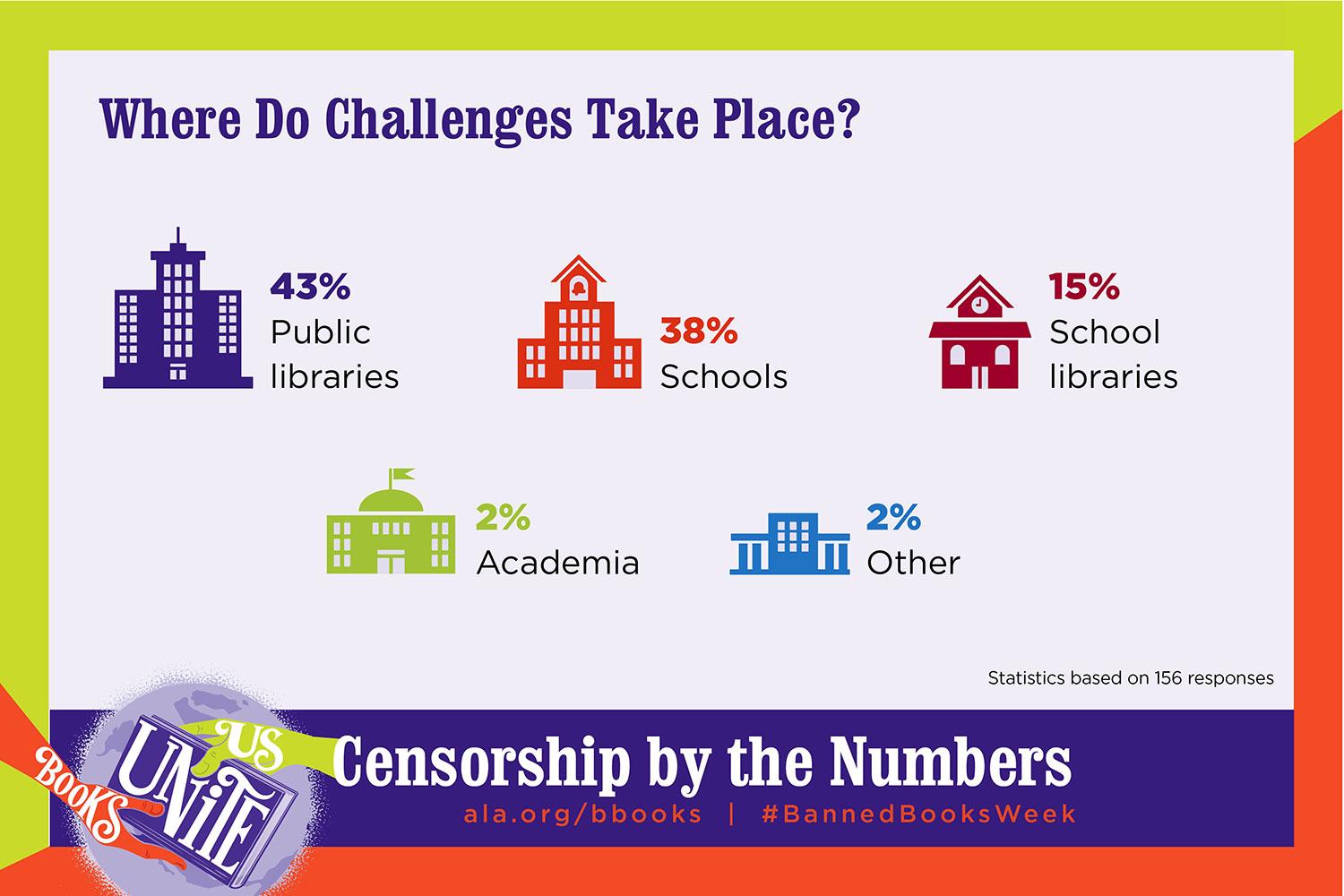 Banned Books Week continues across the nation. The annual awareness event created by the American Library Association’s Office for Intellectual Freedom has occurred for nearly 40 years during the last week of September, and their website lists the top 10 titles for each year.

It arose out of a 1982 U.S. Supreme Court ruling in which the justices agreed with students who claimed certain books were removed for objections based on taste, not educational value.

“That’s the goal for any community is to make sure that we’re elevating a lot of stories where those in that community can see themselves in the books that are in their midst as well as be able to look through the window and see the world,” said Rogers. 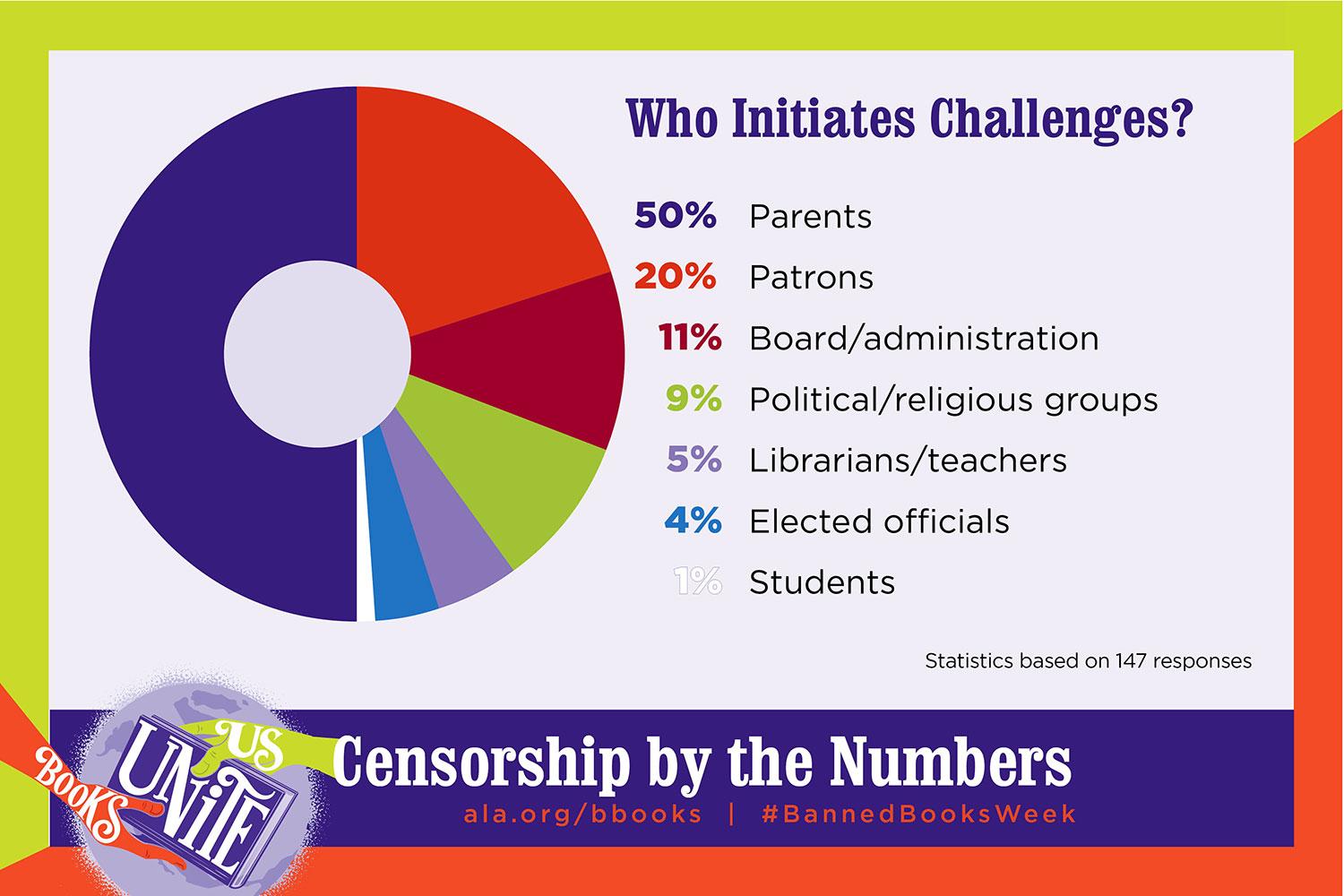 American Library Association
People can report challenges to books via the ALA, which maintains a database of challenges through media reports and individual submissions.

Patricia Jimenez, Media Center director for Sunnyslope High School, said people can report challenges to books via the American Library Association, which maintains a database of challenges through media reports and individual submissions.

Jimenez also said over the years trends have developed.

“For a while, it was mostly sex and language. In the mid- to late 2000s, anything related to LGBTQIA+ content was on the list. In the past five years, books that discuss police brutalities, such as 'The Hate U Give,' or attempt to open the discussion about anti-racism, such as 'Stamped' are targeted," Jimenez said.

What effect is online or digital publishing having on attempts to ban books?

“I'm not sure what impact the influx of self-publishing and digital publishing will have on challenges/censorship,” said Jimenez. “Many challenges originate from school-assigned reading, which would not widely reflect that type of publication. I also think that because students can have more privacy through digital books (no one can see the cover, they can read more discreetly), there may not be as many issues. Nevertheless, teachers will always assign books, and libraries will continue to buy and shelve them, so we will still have censorship. Likewise, as long as there are divisive political issues, some segments of society will want to silence the voices with which they disagree.”

But what lines might be drawn by librarians themselves when it comes to not carrying a book, vs banning content?

“My collection development goal is to reflect my students in the books I purchase. Stories by and about Black, Indigenous, People of Color are a priority for me right now because those students have been underrepresented for so long. I also make a point of ensuring that students who are LGBTQIA+ have both fiction and nonfiction titles to inform their identity questions. I want to buy books that are fun to read. I need to support the curriculum goals of the teachers. Finally, I want to ensure my purchases are age-appropriate. I don't shelve Captain Underpants, and I wouldn't shelve 'The Anarchist Cookbook' (TAC) for the same reason. 'TAC' would also be a poor choice for a high school library because it could be of no discernable literary or scientific merit, irrelevant to the needs and interests of my community, and obtained from another source. These are a few of the criteria for weeding I use based on the Texas State Library's CREW Method.” 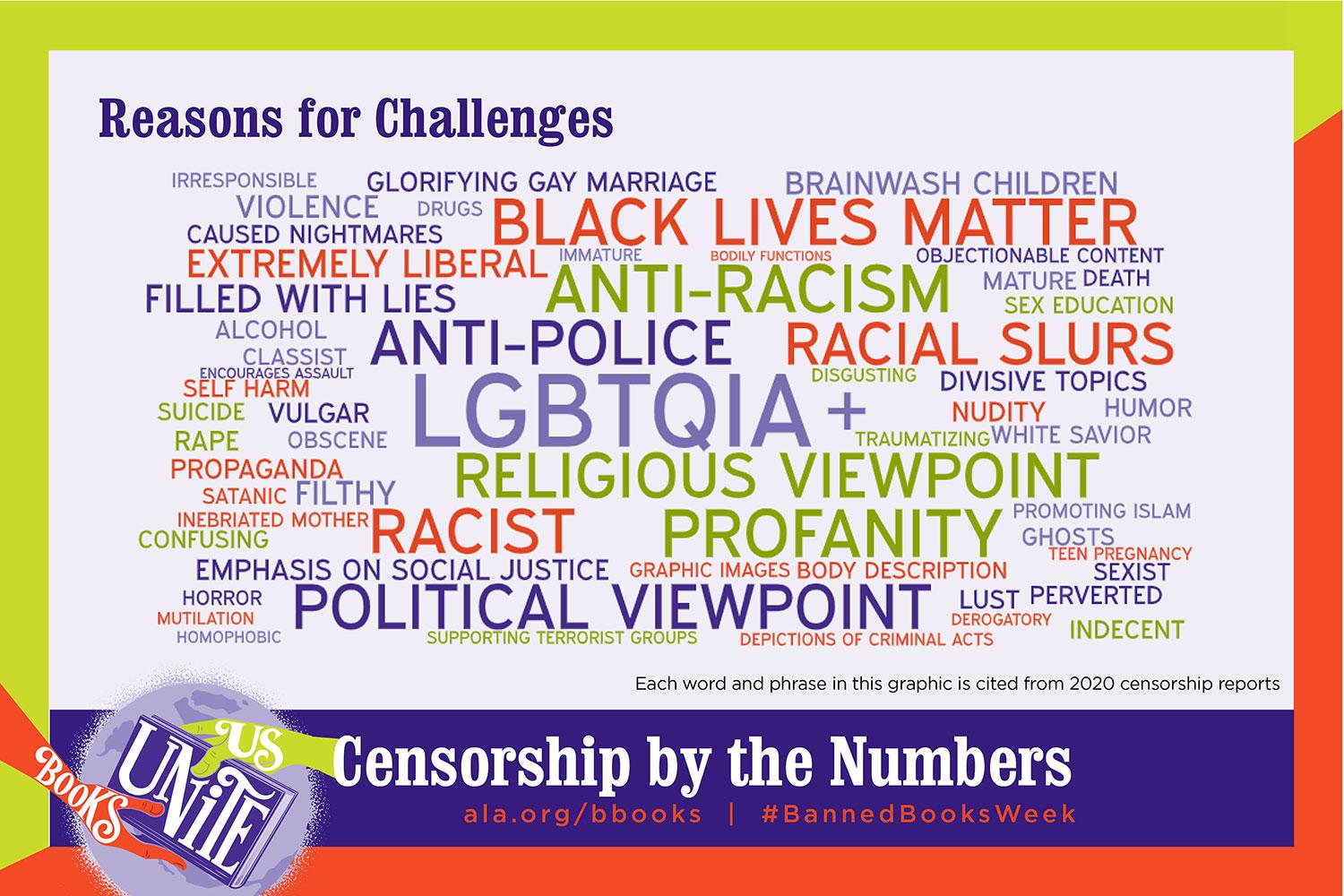 Maricopa County Library District Deputy Director Erin MacFarlane said, “There’s been an increase in challenges. In the five years from 2015-2019, challenges nationwide more than doubled from 275 to 607. Not all of these items were officially banned from collections, just challenged people asking to have them removed from circulation.”

MacFarlane said there is a formal process the District follows when someone wants it to reconsider a title for its collection. “They must fill out a form, then our Collections Administrator follows a process to review the complaint, and respond based on our selection policy. The most recent challenged titles were 'Tell Me: What Children Really Want to Know about Bodies, Sex, and Emotions,' by Katharina von der Gathen and 'Big Nate: Great Minds Think Alike,' by Lincoln Pierce. In both of these challenges, our customer felt that the content of the material was not appropriate for the intended age group,” said MacFarlane, who added, “Most libraries select material for their collection based on a defined collection development policy.”