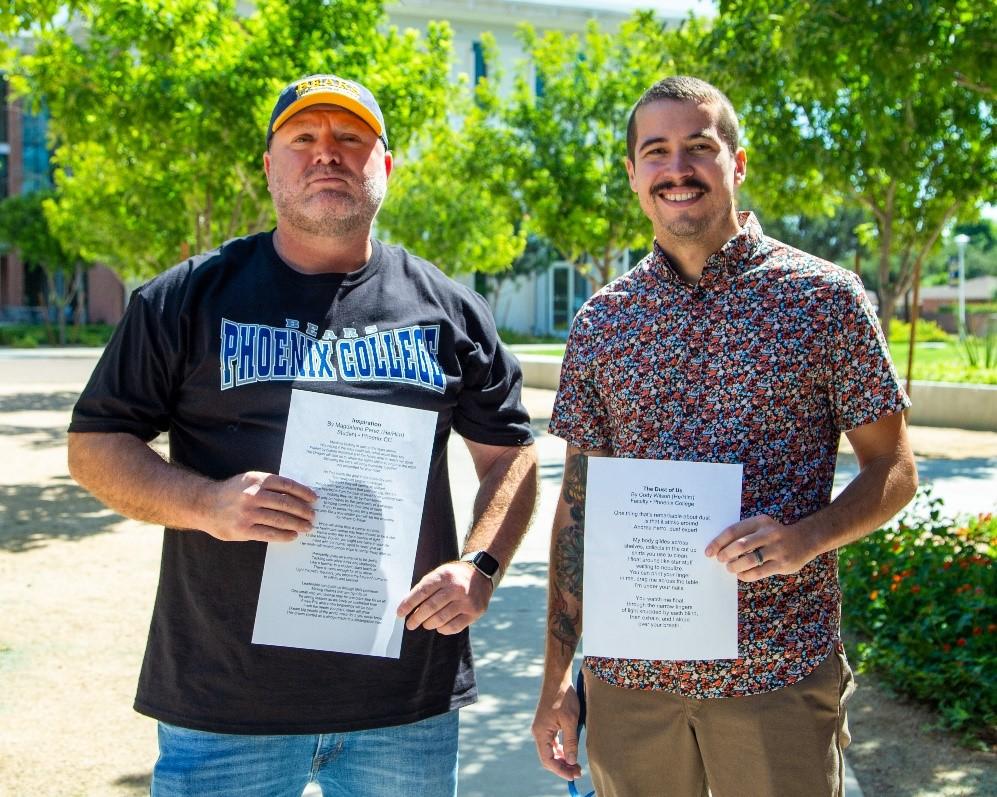 But people weren’t the only payload.

Art and poetry were also aboard the capsule, thanks to a contest originated by Proctor.

Phoenix College student Magdaleno Perez was selected for his poem, “Inspiration,” which he says he drew from Proctor’s own story and as a 40-something who is making a career change into social work.

“One of the things Dr. Proctor said that inspired me was, ‘Older people, the best part of life isn’t over. There’s still a lot to explore.’ So that just resonated with me to do it and I want to give back to the world and help my fellow man,” he said.

Perez will graduate in December with an Associate of Arts Degree and plans to transfer to a university to obtain a bachelor’s. He then hopes to focus on work devoted to homeless and veterans issues.

Mankind looking in awe at the stars above

Wondering if the stars could talk, what would they say

Exploring the stars will bring humanity together not separated by your color.

As they reach the goal in the three-day orbit

The viewpoint begins to change

The world they left seems so distant

People with real problems that seem so big, like the

immense heartache from the pain of loved ones passing away

nothing they can fix by themselves

can only be helped by the generosity of a stranger

Bringing comfort in their time of need

If only to eases the pain for a moment

Hope will shine from a cancer survivor.

A frontline healthcare worker has been chosen to be a star

Visible every day to be a beacon of light

Unlike Halley Comet, you might see twice in your life

Filled with the human spirit to never give up

Her smile will remind people hope is not far away after all.

Prosperity gives us a chance to be Jedi's

Like a teacher to a student, stars teach us

There is room enough for all to shine

Light the path, teachers; you inspire the future of humanity to infinity and beyond.

Leadership can guide us through life's problems

Making choices that are right for all

Be strong leaders as we travel an uncharted time

A new Era where new beginnings will be born

From the seeds you plant, ideas will grow

Dream big people of the world, reach for it you never know

This dream started as a pledge made to a kindergarten hero.

EDITOR'S NOTE: This story has been updated to clarify where Sian Proctor teaches.

KJZZ is licensed to the Maricopa County Community College District.