Q&AZ: Why Is The World's Largest UFO Convention In Arizona? 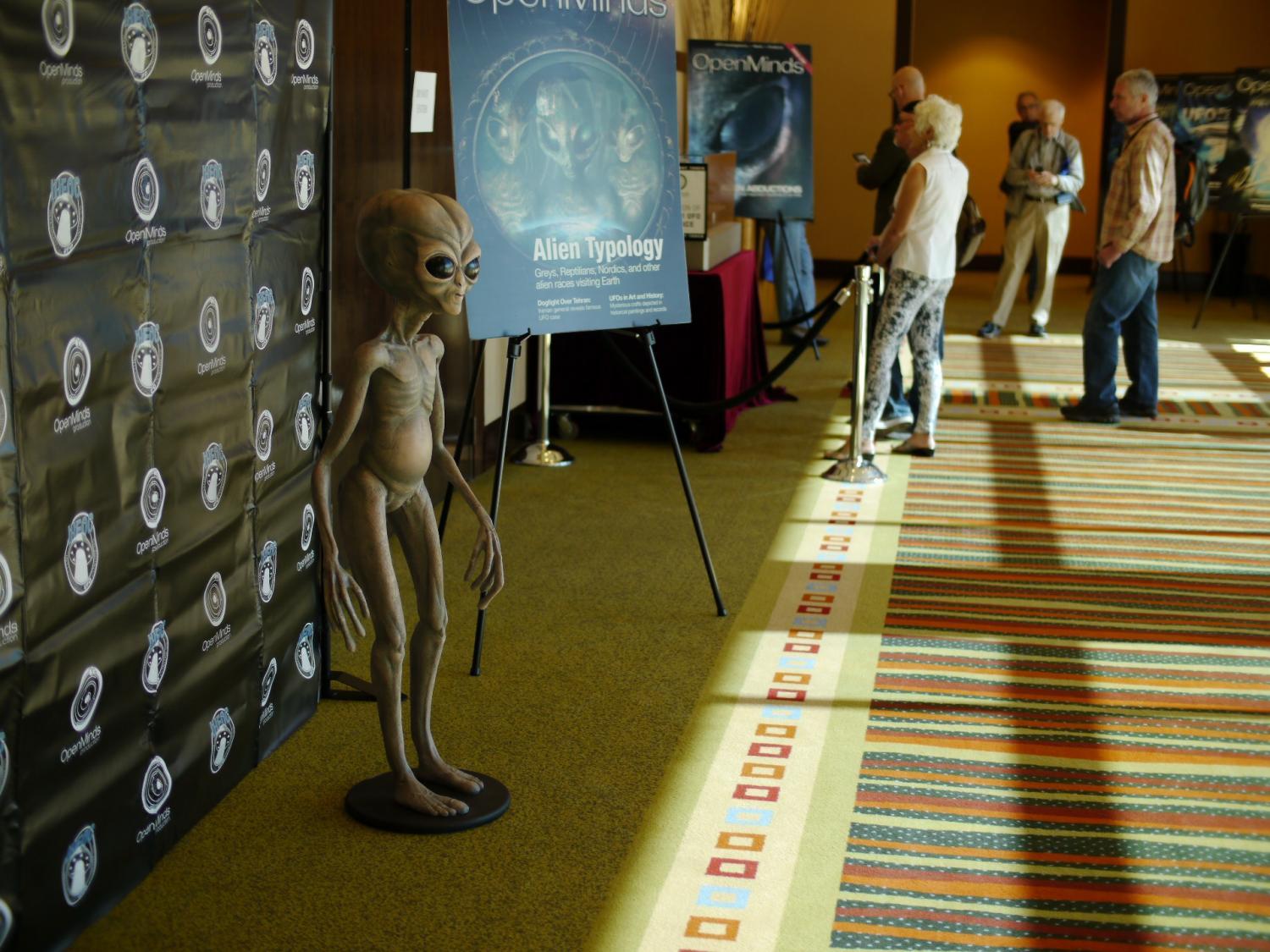 The Southwest has a reputation for its hot weather, expansive deserts — and supernatural phenomena. From UFOs to skinwalkers, eerie tales of sightings and encounters are part of Arizona’s lore. One famous Northern Arizona tale of alien abduction was even the subject of the 1993 sci-fi movie "Fire in the Sky.”

This abundance of supernatural discourse prompted one listener to ask through KJZZ's Q&AZ project, "Why is the international UFO convention always in Arizona?"

There are many UFO-related events across the state, from Sedona UFO tours to events by the Mutual UFO Network (Mufon). But the largest convention is the International UFO Congress, which celebrates two milestones this year: its 30th anniversary as an event and its 10th year in Phoenix.

Alejandro Rojas is a journalist who focuses on science and the paranormal; he joined with the congress about 12 years ago when it was based in Laughlin, Nevada. 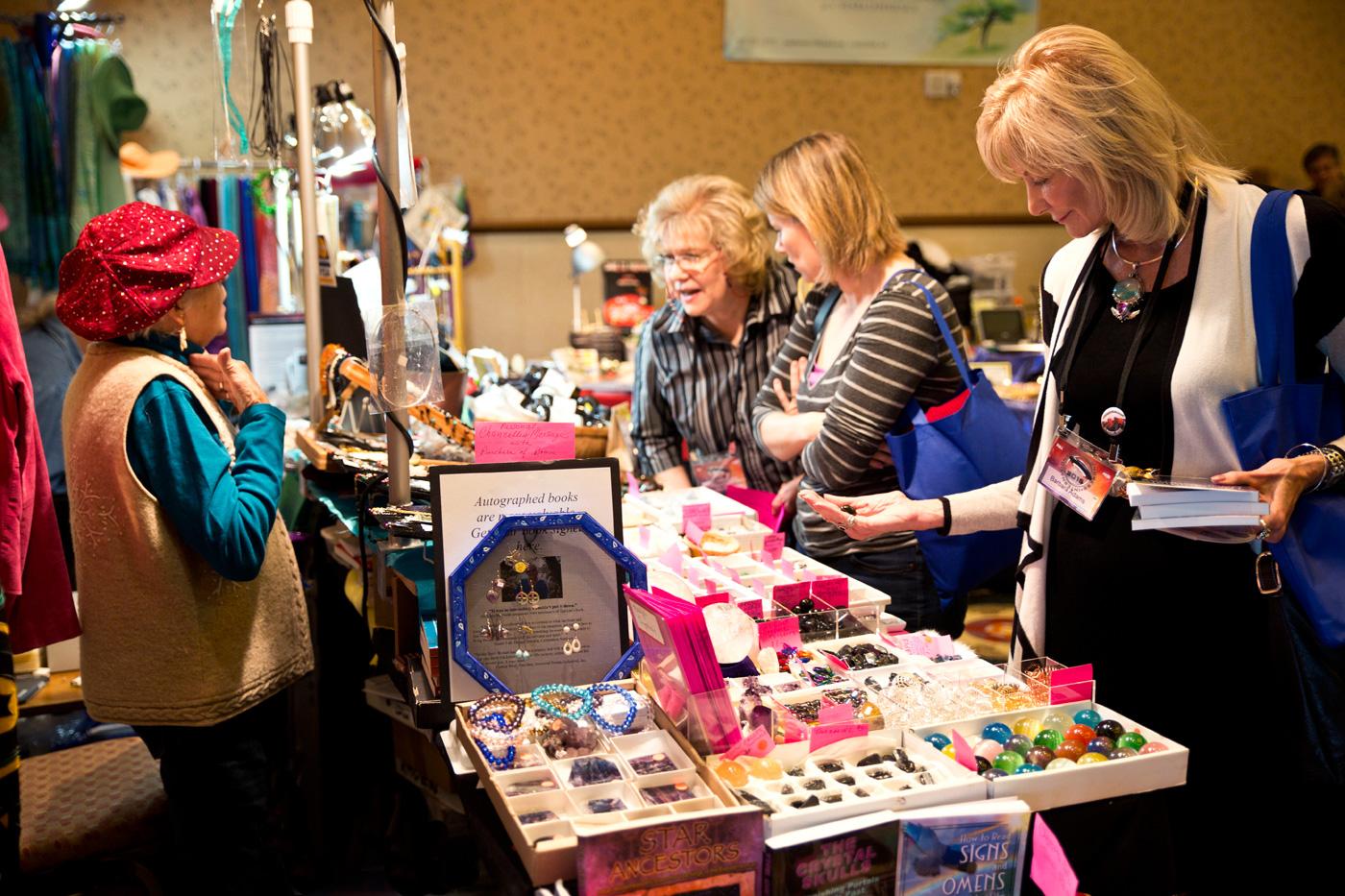 When the event was purchased by a man in Arizona, Rojas was recruited to help run and emcee it.

"One of the reasons we wanted to move it to a bigger area is we kind of wanted to come out of the closet," Rojas said. "We felt that this was a credible topic, that it really shouldn't be made fun of, or people shouldn't feel embarrassed for being interested, because, you know, there were a lot of military witnesses, former government officials, pilots — and those were the type of people that we were bringing to the conference."

The International UFO Congress hosts an annual event featuring several days of speakers who cover various topics, ranging from UFO sightings and paranormal investigations to UFO experiences and the search for extraterrestrial life.

In 2014, the event set the Guinness World Record for largest UFO convention, with an average of 1,500 attendees. According to Rojas, the number of attendees has since plateaued — and the 2021 event falls short of its record with a few hundred attendees registered for its online version. 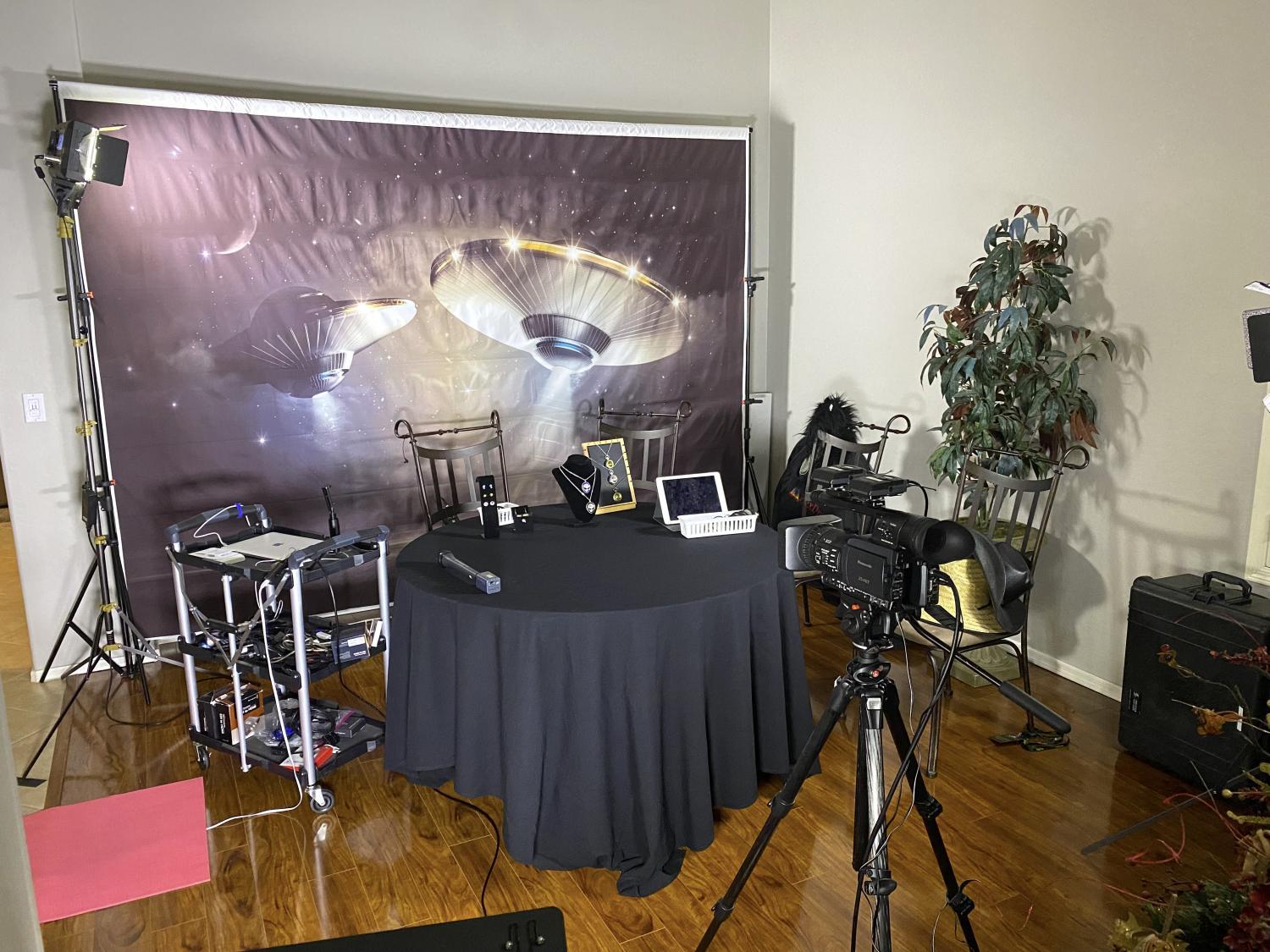 “I am very disappointed that we cannot have an in-person conference for the second year in a row,” conference organizer Karen Brard stated in a press release. “But I am glad there is an option to do the conference still and keep everyone safe while doing so.”

Brard is running this year's event from her house in Mesa through Sept. 12.

But Rojas said the decline in numbers is actually a positive sign for the overall field.

"It's really gone mainstream, and we're really proud to have kind of championed bringing this to the public in a more professional manner," Rojas said.

"UFOs get in the news quite a bit because of that event, here in the Phoenix area," Rojas said. "So there are a lot of people who are interested in the topic out here."

In terms of UFO sightings, specifically, California tops the list, according to data from the National UFO Reporting Center. But states like Arizona, Georgia and Texas rank in the top 10. (Arizona is ranked  No. 6 with more than 4,500 reports.)

Rojas contributes the volume of sightings to a few factors: population, military presence and weather.

First, he noted that more sightings correspond with a higher population — leaving California, the most populous state, with the most reports. But the other two factors help establish why skies in certain states may harbor more unknowns.

"California, Colorado ... we have a lot of strong military presence, so there's no doubt that what a lot of people are seeing are military aircraft," Rojas said. "However, we also have great weather. I mean, we have sunny skies, and I think that is a big factor, because you do see a correlation with the summer having more sightings throughout the country, and I think that's just because there's more people outside at night looking up and seeing things."

This means warm-weather states like Arizona and California — where you can be outside looking at the night sky year-round — are set to have a larger number of reported sightings.