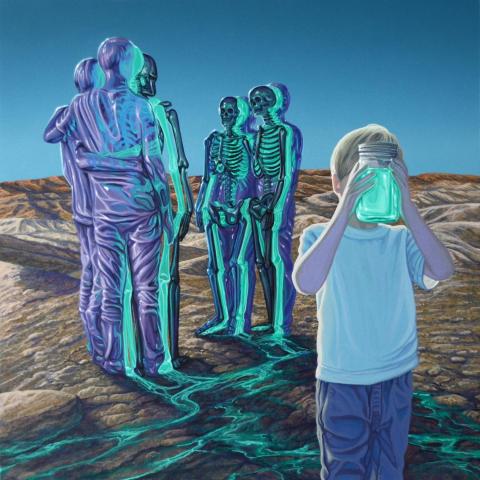 The Phoenix artist's dualistic works often include his own children surrounded by supernatural figures, symbols and light. The effect is oftentimes eerie, sometimes amusing and always interesting.

Wallace’s latest show is titled "Lucid Fate" and is on display starting Sept. 10 as part of the Mesa Arts Center’s season kick off.

The Show got a preview of the exhibit from the artist himself and spoke with him to learn about it.