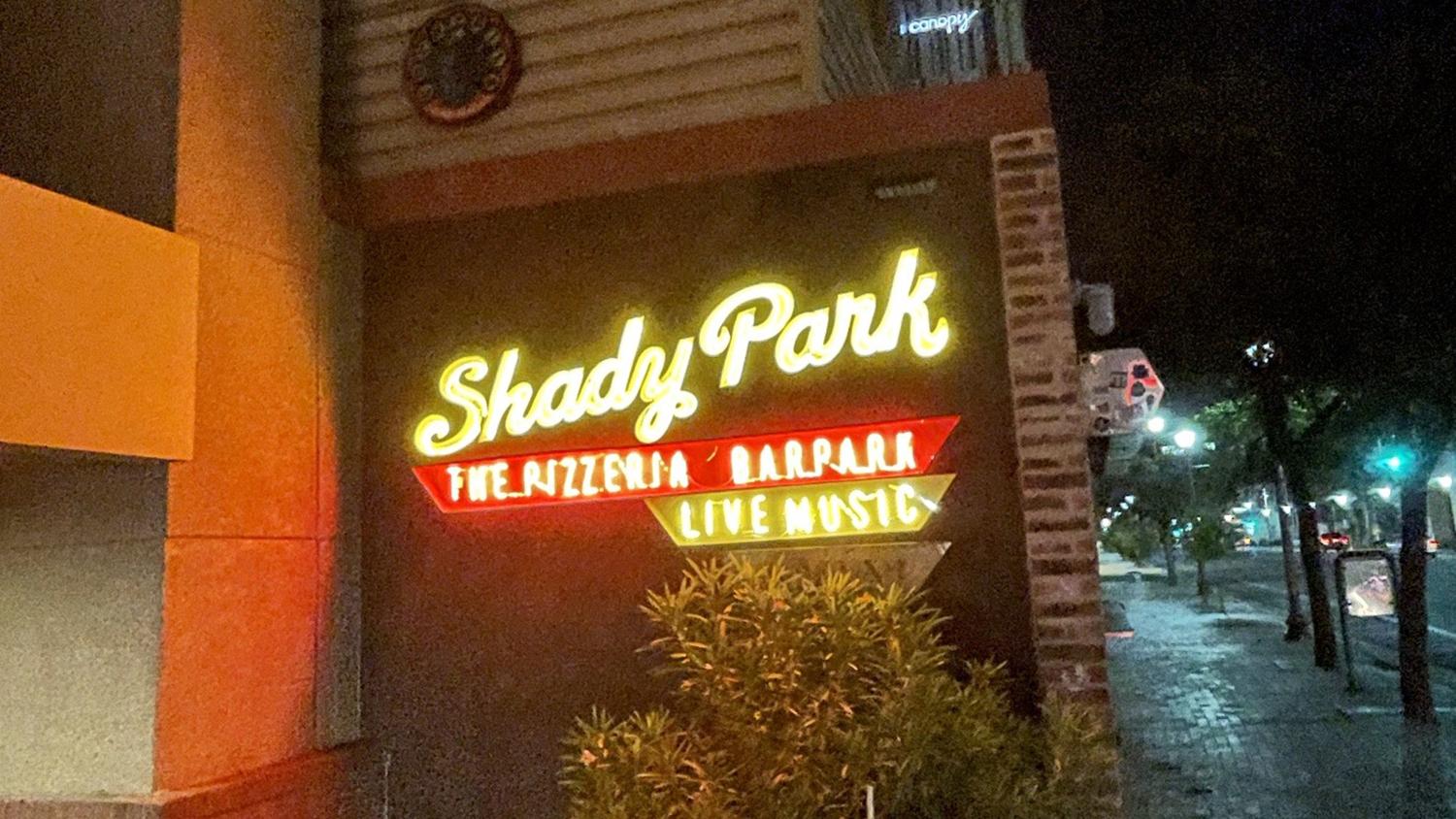 Bradley Roe/KJZZ
Shady Park has been open in Tempe since 2015.

One thing you can always count on living in downtown Tempe is noise. Whether it’s construction or the bustling of people, there is rarely a silent period.

Tempe is home to Mill Avenue, a stretch of bars, clubs and restaurants each capable of giving customers an unforgettable night that they might not remember.

“I think it's a crucial part of ASU. It's a great place to go out and meet people, and destress from the pressures that are put on college students," said former Arizona State University student Peyton Hayley.

Among the bars off Mill Avenue is a unique hole-in-the-wall, live music bar known as Shady Park.

Since 2015, along with their art and live music, Shady Park has been serving ramen, pizza and wine to all who enter above the age of 21.

When the Tempe mask mandate ended on May 21, ASU students and Tempe residents alike rushed back to the pre-pandemic partying they missed for more than a year.

But now Shady Park also had a new neighbor across the street: the Mirabella retirement community.

Ending the mask mandate also ended the social distancing orders the bars on Mill had, resulting in more noise and foot traffic, something the residents of the Mirabella hadn't experienced since the complex opened in December 2020. This included the live music at Shady Park.

“Across the street on Friday, Saturday and Sunday they had big noises at night and the people on this side couldn’t get to sleep,” said Alf Fry, a current resident of The Mirabella. 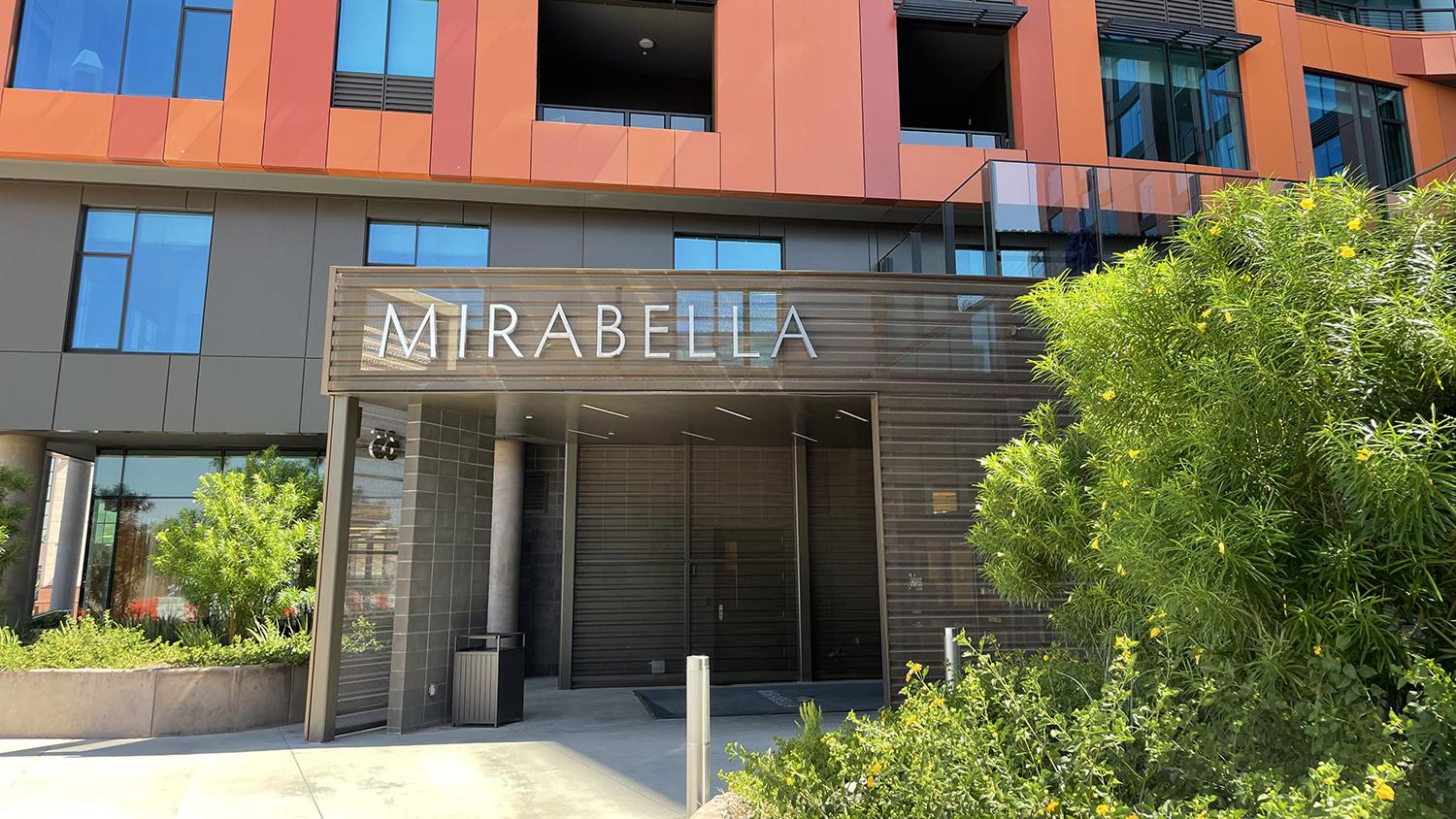 Bradley Roe/KJZZ
Mirabella at ASU opened to residents in December 2020.

For Shady Park, it's not just the noise that’s causing problems.

“I’m not a sound expert, but I think it was probably more the bass because they were claiming at first that they could hear all over and then they tried to shut it down and I think the bass is what got them.”

The noise complaints eventually led to the residents to campaign to force the city of Tempe to shut down the live music at Shady Park.

The city of Tempe then sent a notice to the venue demanding the club “refrain from selling tickets in advance of live entertainment,” threatening criminal charges if the ordinance was not obeyed.

Not all city of Tempe officials oppose them.

In response to Mirabella complaints, Tempe City Councilman Joel Navarro defended Shady Park and said the buzz of Mill Ave is part of living in Tempe.

Shady Park is trying to make peace with Mirabella. Venue representatives declined interviews for this story but posted a message on social media: “We are pausing operations to construct a step pyramid over parts of the park to help contain sound. We sincerely hope this will make our neighbors happy.” 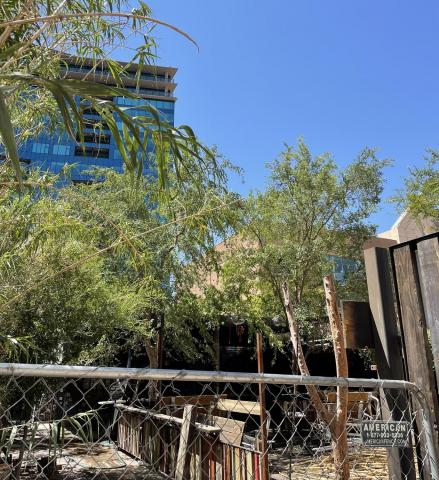 Bradley Roe/KJZZ
Construction is underway of a pyramid structure Shady Park is making to dull out the noise.

“Expectations have to be known," said Tempe Councilmember Joel Navarro. "This is Tempe, like I said, Shady Park is doing their thing and trying to get to a middle ground. I think that’s great on their end that they’re doing that; I don’t know technically if they really have to, but I think that’s good business for them."

In a written statement, a spokesperson for Mirabella said: “Mirabella residents enthusiastically support Tempe arts and culture. They choose to live downtown because this is where the academics, arts, and music are … We’re optimistic that the long-planned sound control canopy being installed at Shady Park will keep noise from exceeding the city’s established standard.”

The question still remains: Why would a retirement community be built on two streets — Mill Avenue and University Drive — known as hot spots for bars, restaurants and other late-night activities?

Councilmember Navarro looked at it as a good opportunity.

“It’s great because you are diversifying the age gaps within the downtown area, you’re getting just a different clientele but there are noises and environments that you’re going to have to embrace," he said.

Peyton Hayley was a construction management student early in his academic career. During that time, he toured the Mirabella during construction as part of a field trip. Hayley had a different perspective.

“I get that it’s close to everything but being so close to Mill, I was like, I am surprised this is getting approved. You know, there are going to be loud noises throughout everyday of the week, not just the weekends," he said.