The Bureau of Reclamation recently declared a water shortage on the Colorado River, but that hasn’t stopped states from proposing new water projects.

Just about every drop on the Colorado River is accounted for. But climate change has reduced the amount of water in the system.

Gary Wockner is with Save the Colorado, a conservation group that is tracking new projects.

“In total, the projects are proposing to divert about a new 400,000 acre-feet of water, which is a huge amount of water that they’re proposing to take out of the Colorado River, before it even gets to Lake Powell,” Wockner said. 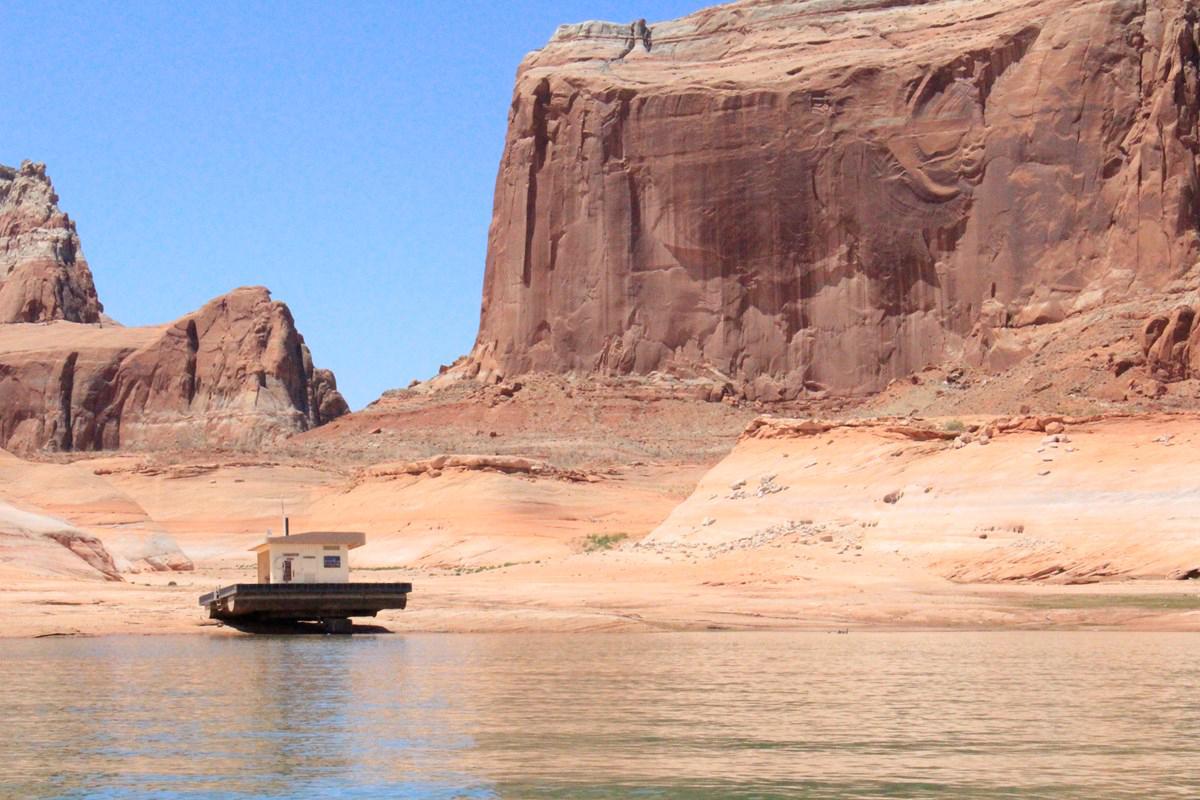 National Park Service
Changing Lake Powell levels left a floating restroom stranded on rock. The bathroom, once located near Dominguez Butte, has been moved to deeper water as of June 2021.

He says his group has counted more than 20 proposals on the drawing board, including major pipelines and dams. Most of them are in the Upper Basin.

The legal agreement that governs use of the Colorado River expires in five years.