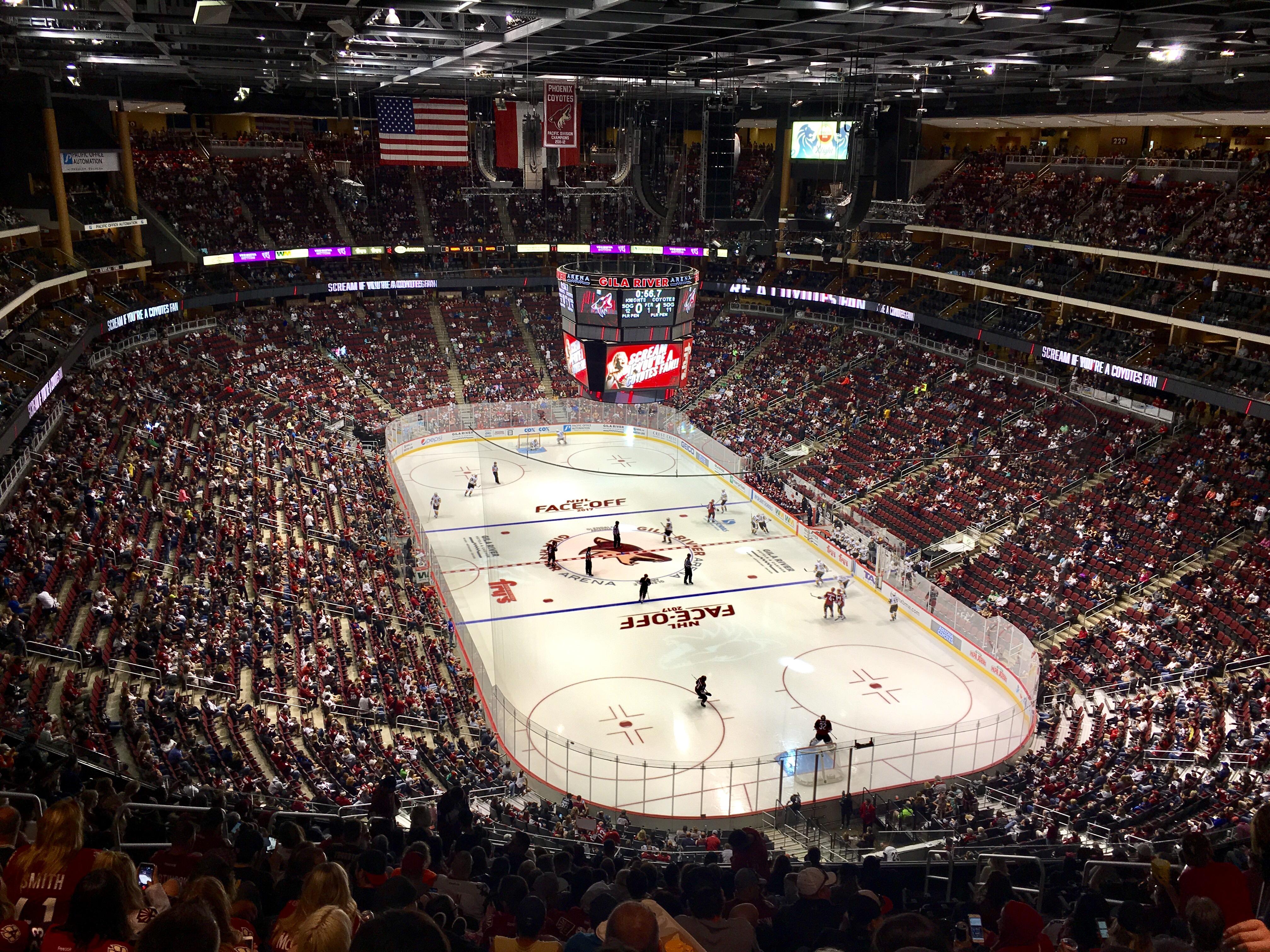 Amanda Luberto/KJZZ
The Arizona Coyotes on the ice in Glendale in 2019.

The upcoming season will be the Arizona Coyotes' final one at Gila River Arena.

The city of Glendale announced Thursday that it will not renew its agreement with the franchise beyond the 2021-22 season. The city tweeted it wants to focus on “larger, more impactful events and uses” for the arena.

The Coyotes have played at Gila River Arena since moving from America West Arena, which they shared with the NBA's Phoenix Suns, in downtown Phoenix in 2003. The Coyotes have operated on an annual lease since 2016 after the Glendale City Council voted to opt out of a long-term agreement.

Arizona had a deal with Arizona State University to build a shared arena but the school backed out.

The Coyotes have been searching for new home since Glendale backed out of its lease agreement, possibly in the more populous suburbs east of Phoenix. New owner Alex Meruelo has said he plans to keep the franchise in Arizona.

For more on the change, The Show spoke with Craig Morgan, founder and writer for AZ Coyotes Insider.