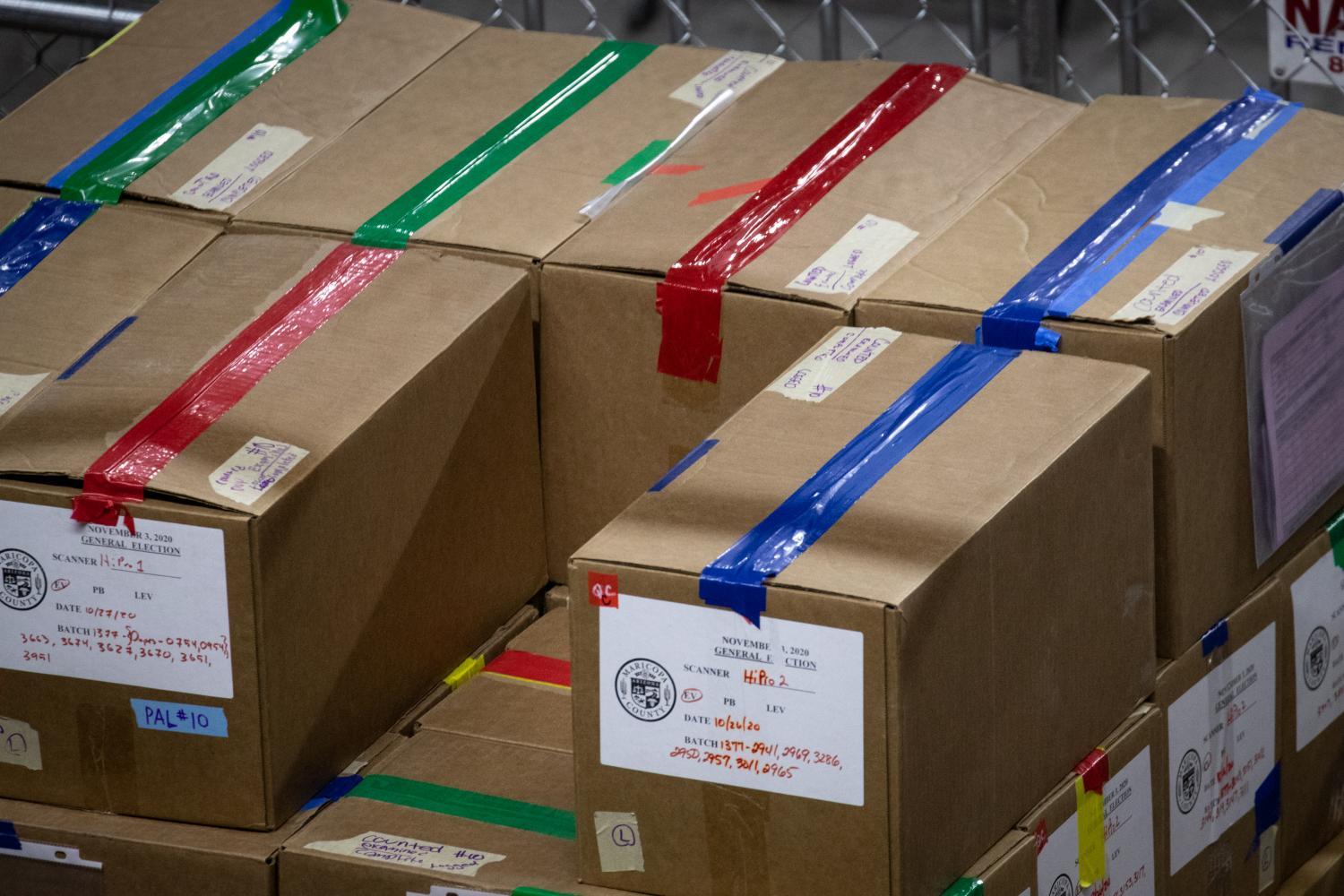 Mark Henle/Arizona Republic/Pool
Maricopa County ballots from the 2020 general election are examined and recounted by contractors hired by the Arizona Senate, June 21, 2021, at the Veterans Memorial Coliseum in Phoenix.

A panel of appellate court judges temporarily delayed a trial court order for the Arizona Senate to immediately produce records related to its controversial review of the 2020 election.

The ruling by the Arizona Court of Appeals means the Senate is no longer under an expedited timeline to produce not just its own records, but those held by Cyber Ninjas — a cybersecurity firm with no previous election-related experience that Senate President Karen Fann hired to lead the review — as well its contractors.

Its attorneys argue those documents will help the public sort out errant claims that have been made about the 2020 presidential election as a result of the Senate’s review in Maricopa County.

The three-judge panel did not alter a previous order that “any and all” records related to the GOP-led election review are public records — though attorneys for the Senate continue to make the case that records held by Cyber Ninjas and its contractors are not subject to Arizona public records laws.

Instead, the Court of Appeals will hold a hearing on Aug. 18 to further discuss Maricopa County Superior Court Judge Michael Kemp’s recent order, which requires the Senate to obtain records from Cyber Ninjas and its contractors and publicly disclose them “immediately.”

Even if the Court of Appeals lifts its stay of the trial court order, it’s likely the Senate’s attorneys would appeal that ruling to the Arizona Supreme Court before disclosing the records that American Oversight demands.