Vaccine Mandates: Who Can Require Proof Of The Shot? 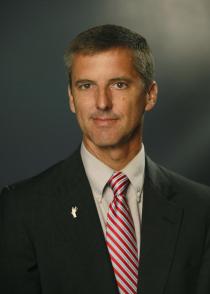 The coronavirus continues to trend in the wrong direction in Arizona with the delta variant being the dominant strain.

As we watch those COVID-19 numbers go up, we’re also seeing more organizations, companies and governments announce vaccine mandates — a controversial approach to stopping yet another wave of infections in the U.S.

Here in Arizona, Gov. Doug Ducey signed a law banning vaccine mandates and passports — at least in the public sphere.

But the state’s largest health care organizations have announced vaccine mandates for employees as well as a host of big companies like Google, Disney and Walmart.

The Show recently heard from chef Charleen Badman of FnB in Scottsdale after she joined a growing number of restaurants nationwide saying they’ll require proof of vaccination to dine in their establishments.

And you’ll need proof of vaccination to eat at a restaurant or work out at a gym in New York City.

Announcements like these have been met with anger, calls of discrimination and accusations that it’s a violation of civil rights.

But James Hodge argues they’ll hold up in court.

Hodge runs the Center for Public Health Law and Policy at ASU and is a law professor there. The Show spoke with him to learn just who can require you to get vaccinated — or show proof you’ve gotten the shot?