In Spite Of Drought, Lake Powell Still Has Plenty Of Water For Recreation

Low water levels at Lake Powell have made launching a houseboat nearly impossible, but there is plenty of opportunity for recreation at the lake.

Park Superintendent William Shott says that In spite of the drought, the lake has plenty of water and thousands of miles of shoreline to explore.

The low levels also mean that more of Glen Canyon is visible, including some areas that haven’t been visible for years. The Park Service is working on building new ramps that will reach the low water levels, which it hopes to complete by Labor Day. 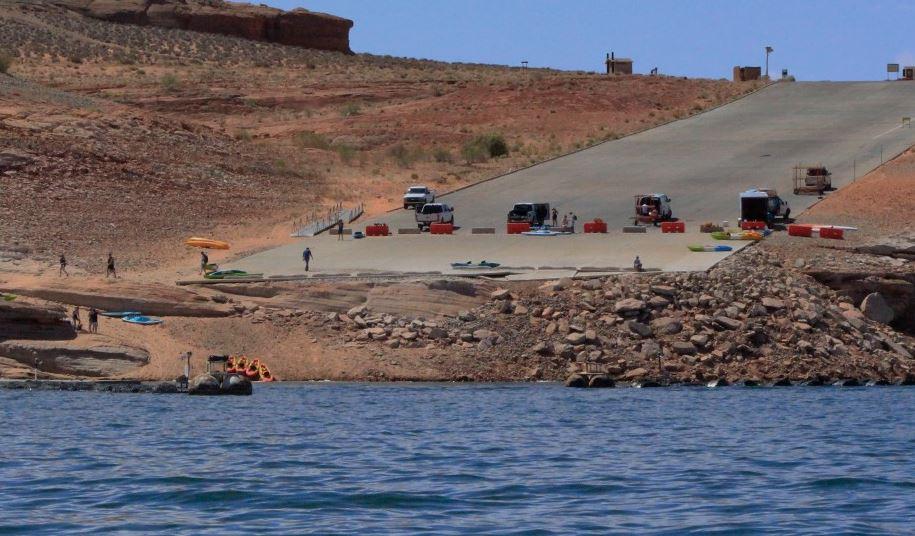 “So we’re looking for ramps to get to deeper levels and just kind of move on from this issue so it’s something we don’t have to address every year," Shott said. "I think it does put a large spotlight on a larger issue, and that’s drought.”

In the last several years, the park has seen an increase in usage on its trails.

“It does sound scary, to hear the lake’s at such a low level, but it’s still an enormous body of water — second largest reservoir in the United States. And there is a ton of room to operate a boat," Shott said.