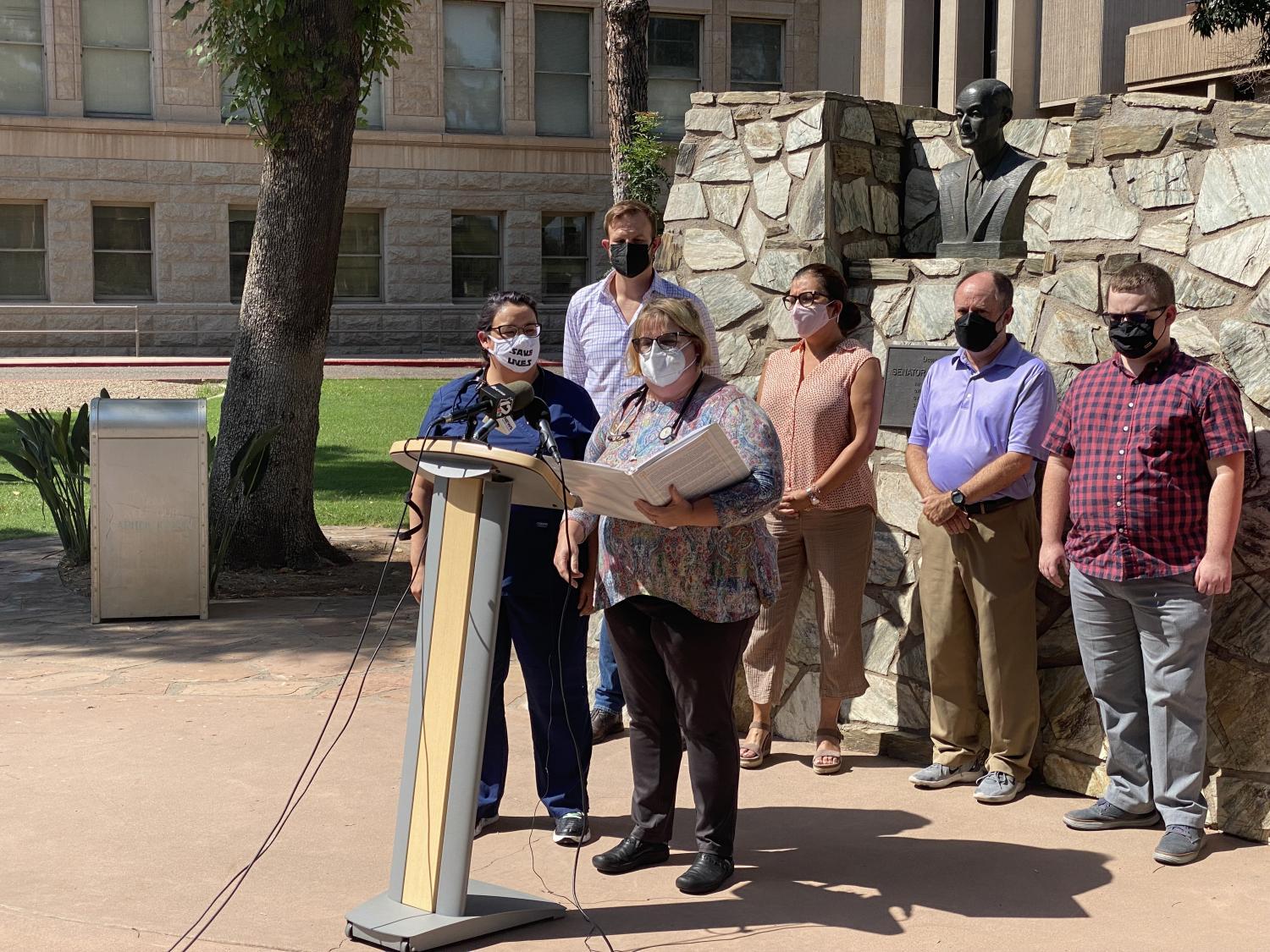 More than 150 Arizona medical professionals called for a statewide mask mandate in K-12 schools, despite a new law signed by the governor that bars public schools from requiring students and staff to wear face coverings.

In a letter delivered to Ducey’s office on Thursday morning, the physicians wrote that “bold leadership” was needed to enact mask requirements that would help keep children and teachers safe in classrooms.

“Your prohibition on mask requirements means no Arizona school can provide a safe learning environment,” the physicians wrote in the letter. “Each and every one of our students and their educators deserve better."

The physicians praised K-12 school districts across the state that have adopted policies requiring masks of students, staff and visitors, though a Maricopa County Superior Court judge will hear arguments next week in a case that could set a precedent for whether those policies are legal.

Attorneys for the Phoenix Union High School District argue that the law doesn’t take effect until Sept. 29, though Republican lawmakers who supported the law say a clause intended to make the policy retroactive to July 1 means recent mask requirements adopted by school districts are unenforceable.

Dr. Jacqueline Carter, a pediatrician who signed the letter, said it was shortsighted of lawmakers to prohibit schools from implementing what she called a common sense policy that will help keep students in the classroom.

At least seven school districts in Phoenix and Tucson have issued mask requirements in recent days.

“We want to thank Arizona school leaders who mandated masks on their campuses for listening to science and putting their people first and human lives first,” Carter told reporters. “We hope more schools will follow their lead. And we call upon Governor Ducey to follow their lead as well.”

The ban on school mask requirements is intended to tie the hands of school districts and local governments, but Ducey still has the power to require them.

Students and teachers who want to wear masks are free to do so, said C.J. Karamargin, a spokesman for Ducey.

“Arizona is not anti-mask,” Ducey said. “There is no mask prohibition in Arizona. The legislation passed by the Legislature and signed by the governor is clear: Arizona is anti-mask-mandate.”

“Unfortunately, we’ve seen this repeatedly, especially in Arizona, that asking people to do the right thing isn’t enough,” she said. “We have to have a mandate. It is a simple, easy, cheap way to protect everybody in our community.”

Dr. Susan Hughes, a physician in Scottsdale, challenged Ducey to spend a day at a local public high school -- unmasked -- if he truly feels it's safe to attend classes with no mask mandate in place.

“We’ll see if he takes us up on that challenge,” Hughes said.